The Crow, also called the Absaroka or Apsáalooke, are a Siouan-language tribe of Native Americans who historically lived in the Yellowstone River valley. They now live on a reservation south of Billings, Montana. Tribal headquarters are located at Crow Agency, Montana.

The name of the tribe, Apsáalooke, was translated into French by interpreters as gens du corbeaux (people of [the] crows). It means “children of the large-beaked bird,” [1] a name given by their neighboring tribe, the Hidatsa. The bird, perhaps now extinct, was defined as a fork-tailed bird resembling the blue jay or magpie. In 1743 the Absaroka first encountered people of European descent – the two La Vérendrye brothers from French Canada. The explorers called the Apsáalooke beaux hommes (handsome men). The Crow called the French Canadians baashchíile (persons with yellow eyes).

The Crow Nation’s current total population is estimated at about 12,000 people.

Excerpted from Wikipedia’s article on the Crow Peoples 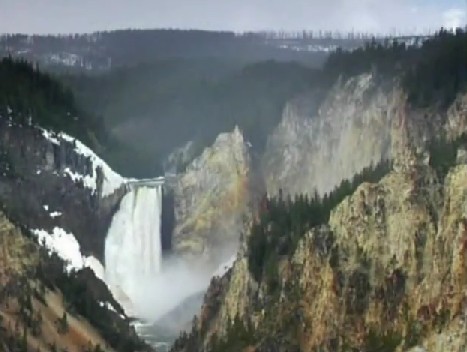