The Tse Keh Nay are Sekani speaking people who have lived in the Rocky Mountain Trench of British Columbia, Canada, for many generations.

Amazay Lake is Safe, For Now 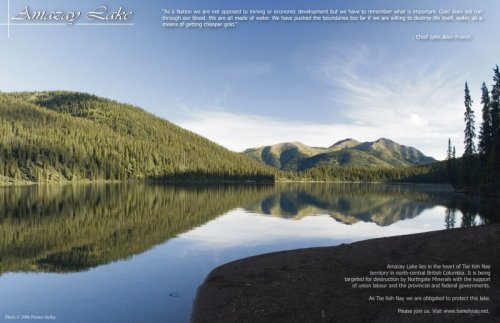