The Squamish (also known by their name for themselves, Skwxwú7mesh, are an indigenous people of southwestern British Columbia, Canada, who are one of the Coast Salishan language-group peoples. They speak the Squamish language (in Squamish: Skwxwú7mesh snichim, snichim meaning “language”), which is a part of the Coast Salish linguistic grouping. When translated, Skwxwú7mesh renders into the people of the sacred water, referencing what they believe is the water in their territory and its spiritual healing properties. 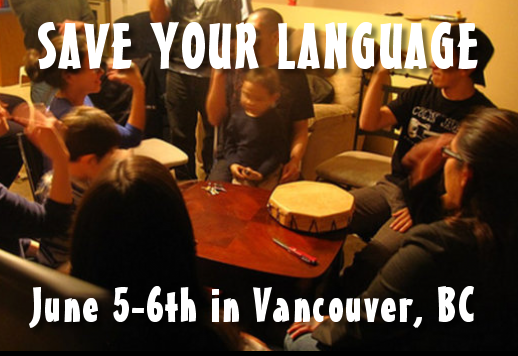 Save Your Language! Conference, June 5-6th in Vancouver, BC