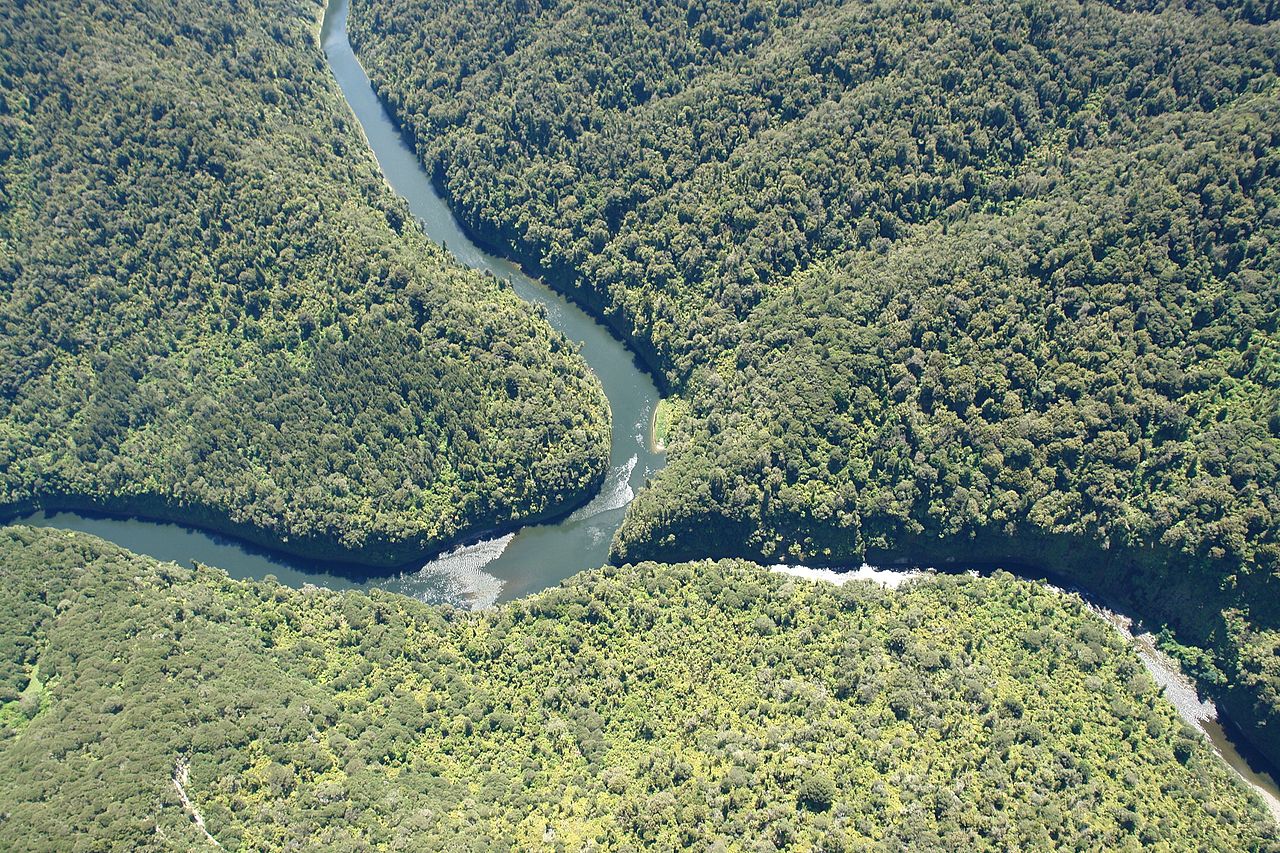 Nature in a Capitalist State

The rights of nature: progress or trap?
Picture of the Whanganui River in New Zealand. It is represented in court by two people mutually chosen by the Crown and the Whanganui tribes to be the Te Pou Tupua, “the human face” of the river. Photo: Duane Wilkins
Support our journalism. Become a Patron!

Within the first months of 2017, the world celebrated the granting of rights to different bodies of water. Important rivers gained legal rights in New Zealand, India, and Colombia. In the Himalayas, the Gangotri and Yamunotori Glaciers gained the status of “living entity.” In each case, laws were set forth to protect large bodies of water and provide spokespeople that can defend them in court.

Granting rights to nature is an encouraging political alternative compared to carbon markets that financialize nature. Yet states are still the ones defining the rules of the game. Once again, nature would appear to be trapped in a “carrot and stick” model in which states reward and punish to produce “good” behavior.

On one side, capitalist solutions like carbon markets create financial rewards for protecting nature. On the other side, the rights of nature create a legal façade that appeases, if momentarily, claims for self-determination from indigenous and environmental groups.

States and markets are increasingly willing to protect nature in varying legal and financial forms. While these initiatives represent new venues for resisting the violent destruction of nature, they are nonetheless facilitated by the state. Can a real de-commodification of nature come from states?

Although the rights of nature laws are to be celebrated, their anthropomorphic approach should raise as much doubt as hope.

Picture of the Whanganui River in New Zealand. It is represented in court by two people mutually chosen by the Crown and the Whanganui tribes to be the Te Pou Tupua, “the human face” of the river. Photo: Duane Wilkins

The Rights of Nature

The trend to recognize the legal rights of nature started in Ecuador’s 2008 Constitution, which granted broad legal rights to nature while engaging Indigenous worldviews like the pachamama. Yet an excerpt from the Constitution signals that the symbiotic relationship with nature also anthropomorphizes it as a separate, non-human realm:

“Rights for Nature Art. 71. Nature or Pachamama, where life is reproduced and exists, has the right to exist, persist, maintain and regenerate its vital cycles, structure, functions and its processes in evolution. Every person, people, community or nationality, will be able to demand the recognitions of rights for nature before the public organisms.”—Constitution of the Republic of Ecuador

In 2011, it was Bolivia’s turn to amend its Constitution to include the Laws of Mother Earth. These are rights that now apply to nature, including rights to life, to continue vital cycles free from human alteration, to pure water and clean air, and not to have genetically altered cellular structures, along with others.

In New Zealand, the defense of nature did not result in an amendment to the constitution or overarching rights of nature, but instead a national law granting legal personhood to the Whanganui River. Beginning in 2009, concerns over privatization of waterways allowed this long standing debate between the Maori Tribe and the government to come to a close. This legal watershed passed in 2014, over 160 years after the Maori started petitioning the Crown of England. The Whanganui River is now represented by two spokespeople, mutually chosen by the Whanganui Tribe and the Crown.

Months later, it was India’s turn to grant legal rights to large bodies of water. Indian courts granted legal personhood to the Ganga and Yamuna rivers and the Himalayan Gangatoria and Yamunatori glaciers. These waters are sacred to many peoples within India, especially the Ganges which is the country’s holiest river and is worshipped as a goddess.

The Atrato River of Colombia has been granted legally enforceable rights: “protection, conservation, maintenance, and restoration.” This court case came about after degradation of the river through mining practices. Even Colombian Courts linked the destruction of nature to extractive policies, “Policies and legislation have emphasized access to economic use and exploitation to the detriment of the protection of the rights of the environment and of the communities.”

These new laws are the fruit of intergenerational indigenous resistance, with the recent support of environmental activists. They signal legal recognition of nature’s well-being, yet they also expand the control of the state.

Each state filters what rights to recognize. Ecuador gave rights to nature at large; New Zealand recognized the rights of one single river; India gave rights to two glaciers and two rivers. But how are laws to separate bodies of waters if all waters are connected? Are these laws one more legal right that will exist only on paper as a façade, or can it generate real change in man’s relationship with mother earth? 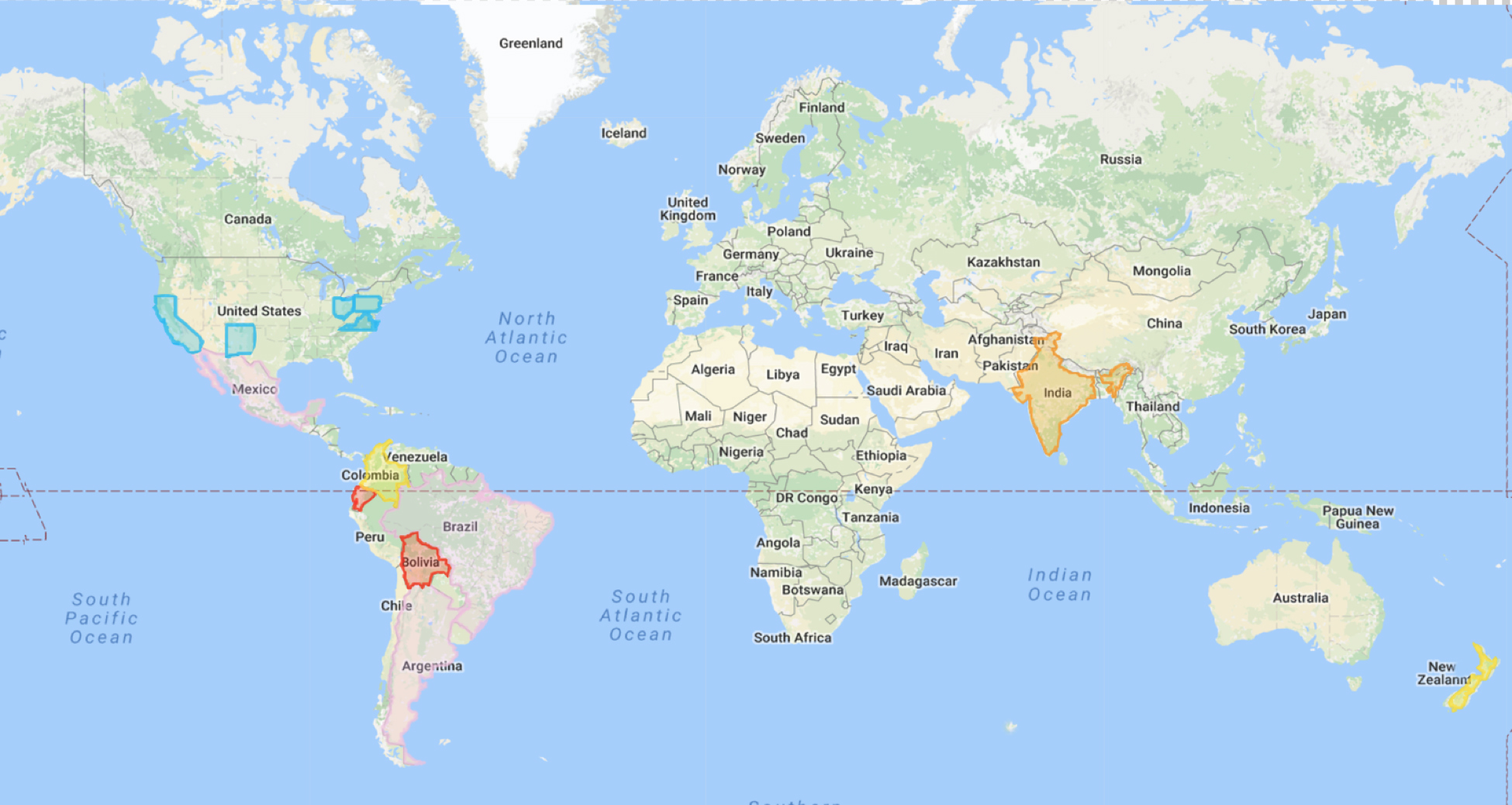 Financialization of Nature: Preservation Visibility in the Economic Realm

On the other end of the spectrum of the “carrot and stick” model, states back conservation incentives through carbon credits and ecological gambling. Nature captivated the capitalist attention after ecological economist Robert Costanza gave a value of $16-54 trillion dollars to global ‘ecosystem services’—goods that we utilize from nature.

Initially, Costanza used the dollar amount to communicate the value of the natural world. To compete in a capitalist society, preservation is molding itself to free markets. Saving nature is a concept that has become economically literate, benefiting organizations and companies who have emission restrictions or want to ‘validate’ their commitment to the environment. This initiated a niche for conservation within the capitalist world. Now, this green capitalism has manipulated the behavior of economic self-interest into investing in activities that supposedly ‘save’ the environment.

The success of such programs is based on their neoliberal foundations. For example, ‘carbon offsets’ are gaining popularity amongst colleges, large universities, and major corporations. Many of these institutions partake in carbon offsets to tackle the production of carbon that cannot be directly mitigated, like the carbon emitted from travel. Companies are able to emit greenhouse gases and finance renewable energy or greenhouse gas mitigation entities to eventually receive carbon offsets. In theory, the original group can claim to emit net zero greenhouse gases through this arrangement. 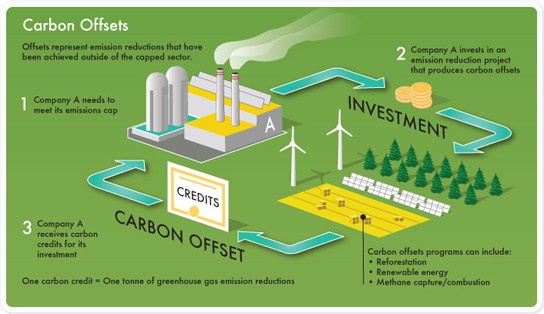 Picture of the carbon offset cycle. “Company A” has to meet its emission requirements by investing in entities that mitigate greenhouse gases; where, finally, “Company A” is rewarded with carbon credits.

An ‘environmentally friendly’ program still has the same basic neoliberal plan that much of the free-market world is based on. This plan includes creating market incentives (carbon offsets), gathering investment, and finally developing laws to back these very market-based incentives (the greenhouse gas ‘cap’ that companies must abide by). This cycle repeats the application of the principles which promoted the demolition of nature in the first place. They hold potential for large future gains as future monetary benefits outweigh that of the immediate yield.

Preservation in the capitalist world raises reasonable doubt as to whether institutions and industries are truly making lasting change or are simply throwing money at a problem they ‘can’t’ fix. Professor Timothy Weiskel views the financialization of nature as the confusion of ‘sacred space with marketplace’. Nature is something that money will never be able to claim.

Can the sacred space of nature be protected by law?

Formatting preservation around a system that is built on incentives and punishments should raise questions about human intrinsic desire. Why must a “carrot and stick” approach be used to save the planet? Is it more effective for nature to gain legal personhood instead of becoming a financial entity? These are questions and concerns that we should keep in mind as we see the progression of changing climate, environmental policy, and new forms of capitalism unfold.

Legal and financial solutions are certainly different, but they resonate with each other. Both methods anthropomorphize solutions within state control in order to incentivize “environmental protection”. This new thread of environmentalism attempts to remediate destruction that’s already been done, limiting progress for preservation.