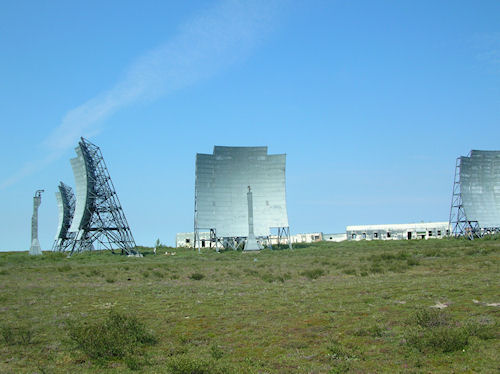 The Province of Ontario announced last week that is finally going to clean up a stretch of radar sites that have been leaching toxic compounds into the environment for the past 40 years.

The radar sites were a part of the “Mid Canada Line” early warning defense system that was constructed during the cold war. The Mid Canada Line consisted of 90 unmanned sites in total —17 of which were placed on traditional Indigenous lands.

Less than ten years after those 17 sites were built the military abandoned them—leaving behind radar towers, buildings, oil tankers, electrical equipment, and hundreds of barrels—some empty, some filled with oil.

With no remediation effort by the government or the military, these materials began to introduce a range of toxic compounds into the environment, including polychlorinated biphenyls (PCBs), DDT, lead, mercury, asbestos and petroleum.

These compounds have been spreading in the region’s soil, water and vegetation for more than 40 years now—accumulating in the plants, fish and game that the local indigenous population has continuously depended upon for subsistence.

However, it wasn’t until the late 1980s that the indigenous population, mostly Cree from the Mushkegowuk Nation, learned about any kind of contamination risk — “increasingly so once the warning signs were posted in 1992”, notes the Mushkegowuk Environmental Research Centre (MERC), an independent environmental research group. MERC produced a video report last year which explores the radar site contamination.

Once they learned of the danger, the Mushkegowuk, which represents 7 Cree communities in the northern Ontario region, began petitioning the government to have the sites cleaned up. But their pleas went ignored.

The government couldn’t even be bothered with performing a health assessment to see how the compounds have impacted the Cree People. They still haven’t performed an assessment.

While the government’s recent promise of remediation is certainly worth some applause, it is impossible to ignore the fact that it’s taken them 40 years to do it. That’s along time for those compounds to have their way with the environment.

And it appears that there will still won’t be an effort to address the ongoing and historical impacts of the contaminants on the Cree people. It’s a peculiar avoidance, seeing as how these toxins are known to sterilize women and disable children from leading any kind of well-rounded life, let alone one in the footsteps of their ancestors.

Another, even more uncomfortable truth: these sites would have been instantly cleaned up if they were located around city centers like Ottawa and Toronto.

This goes without saying for those of us familiar with Canada’s toxic legacy, which includes
more than 4,000 toxic sites in Canada — approximately 1.5 sites for all of Canada’s 2,720 Reserves.

A scratch of the surface. There’s also dozens – if not, hundreds – of tailings ponds, landfills and slurry injection sites across the country. Then, of course, we have the Tar Sands in Northern Alberta which is a legacy onto itself. Not to mention the wide-reaching legacy of mercury poisoning.

We’re in this together

Most people aren’t willing to touch these issues, or they’ve never had the chance to learn about them because the Government brushes it off like it’s mere dandruff: A bit irritating but nothing to lose sleep over.

Recall just two months ago when the Attawapiskat Cree declared a state of emergency out of fear that exposure to toxic fumes was making their children sick. Incidentally, the Attawapiskat is a member of the Mushkegowuk Cree Nation.

They wanted the government to help ensure the safety of their children by evacuating them off the reserve. Community members were complaining of headaches, nausea, skin rashes, nosebleeds, chronic diarrhea (even in infants), and some children were reported to be “passing out” in class.

The government ignore the Attawapiskat’s plea for emergency aid. Not only that—-the Minister of Indian and Northern Affairs (INAC) even went so far as to say their plea was nothing more than a “publicity stunt” being propped up “on the backs of needy aboriginal people.”

This is but one example of Canada’s willful denial and ignorance of a potentially serious health crisis effecting Indigenous Men, Women, and Children. Another example is found among the greater Mushkegowuk Nation, who’s pleas went unheard for twenty years. There are countless more examples.

Such willful ignorance will extend far into the future unless we do something about it. Indeed, if the Ontario Government’s pledge tells us anything, it’s that our health and well-being is of no consequence to them.

How much longer will we have to wait before all these other sites are properly cleaned up? And how many more men, women, and children are going to die until then?

We have to compel them to take responsibility for themselves and to extend to us those precious human rights that they so often take for granted. Especially the most basic right of all: the right to live.