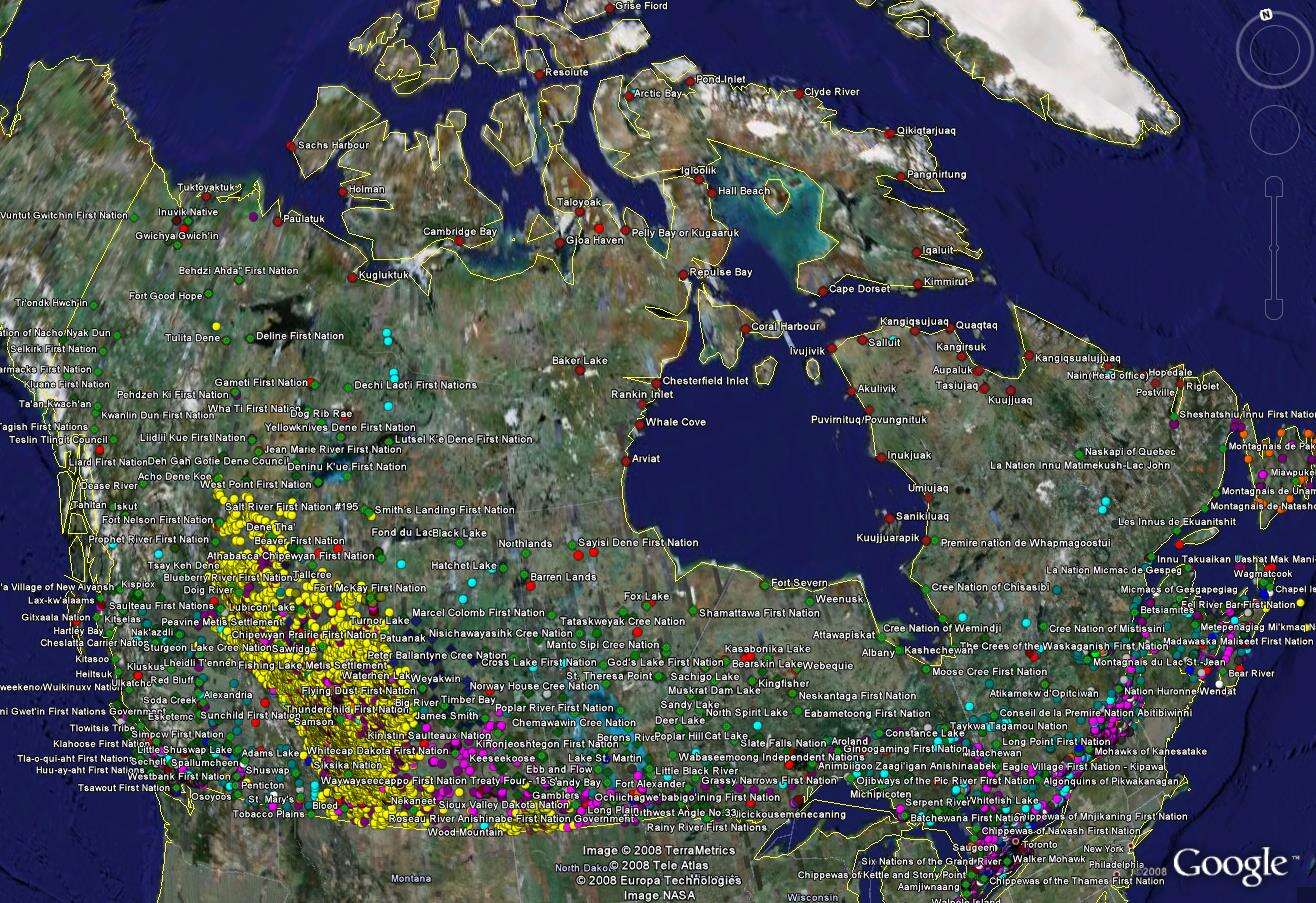 These days, we often hear stories about indigenous communities setting up blockades to protest government policies and to protect their lands, rights, and traditions.

A lot of these communities are standing on the edge of an abyss. They are expected to remain silent while corporations (with the governments full support) destroy everything they hold sacred and everything that makes them unique.

The corporations proceed without remorse or regard for the People they impact.

They just want to get at the “free resources.”

These communities say they have no choice but to stop the threat–and indeed they don’t, because their inaction would mean accepting losses brought on by men who sleep a little too well at night.

We’re halfway through 2008, and we’ve already seen more than five dozen protests, roadblocks and lawsuits brought forward in defense of Indigenous lands and rights. The number will continue to rise as long as the federal and provincial governments refuse to uphold their legal mandate by engaging in meaningful consultations with Indigenous Peoples – and in so doing, respecting their right to say no, and their right to live in peace with their cultures, lands and traditions intact.

Lurking behind these efforts, so far away that most people can’t see it: there is a massive environmental health threat in Canada.

According to a Treasury Board of Canada Inventory on contaminated sites, there are 4,464 toxic sites on treaty territory.

That’s roughly 1.5 sites for all of Canada’s 2,720 reserves (though in reality, some reserves have upwards of a dozen sites, while others have none).

By the looks of things, Canada is doing next to nothing to clean these sites–and there is next to no one reporting that fact. No articles are being written, next to no studies or investigations are being carried out, and even fewer resources are being provided to those who are suffering or in danger as a result of exposure to the toxins.

There are, however, a small handful of legal efforts aimed at those responsible for the sites, directly or indirectly. For example: the Beaver Lake Cree, the Woodland Cree and the Chipewyan Prairie Dene First Nations are all suing the Alberta government because of the impact that oilsands development is having on their treaty rights, their lands and their health.

Several communities have issued moratoriums on industrial activity for the same reasons. Examples include the People of Kitchenuhumaykoosib Inninuwug, Grassy Narrows, Takla Lake, Serpent River, as well as the Dehcho, Chipewyan, and Tahltan.

There are also a few – but only a few – community efforts that monitor the levels of toxins. Currently, the Aamjiwnaang Bucket Brigade is the only example I can find.

Where are these toxins coming from?

Noting the fact that there are numerous contamination sites not mentioned in the Treasury Board Inventory, are you wondering where all these toxic sites are coming from? 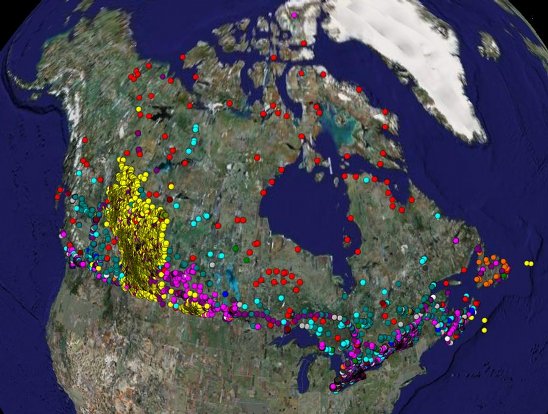 What you see here is a google map put together by the National Pollutant Release Inventory (NPRI) – Canada’s legislated, nation-wide inventory of pollutants released, disposed of and recycled by industrial facilities.

The map lists over 8,600 facilities in Canada, who together released more than 300 different chemical substances in 2006.

Here’s the same map with an overlay of all Indigenous communities in Canada:

Note: The overlay of reserves was created by Canada’s Department of Indian Affairs, so it only includes communities “recognized” by Canada. The Lubicon Cree, for instance, are not shown on the map.

Toxic sites not included in the Database

As noted above, there are several contamination sites that Canada failed to mention in the database. These sites include:

According to a 2005 Report by the Assembly of First Nations (pdf), all of Canada’s 22 nuclear reactors are also conveniently situated on treaty lands.