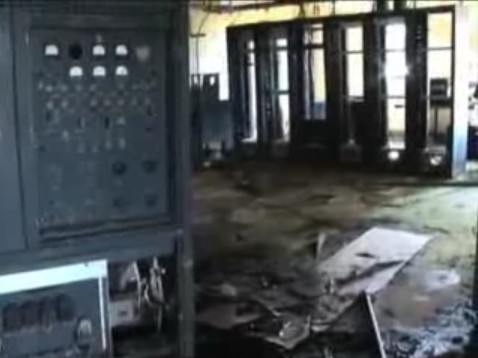 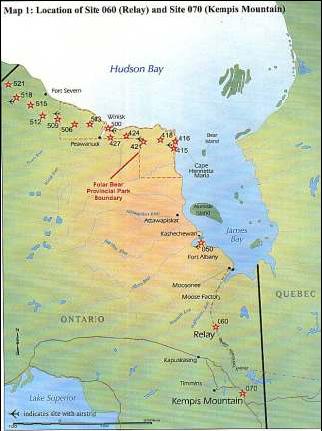 The Mushkegowuk Environmental Research Centre (MERC) has produced a video report that examines the issue of PCB contamination within the Traditional Territory of the Mushkegowuk Council, which represents 7 Indigenous communities in northern Ontario. Abandoned military radar sites along the “Mid Canada Line” have been steadily spilling PCB’s (and other toxic substances) on their land for the last 40 years.

Briefly examined in this 2004 petition to the Auditor General of Canada – concerning the Mushkegowuk there are 16 nearby abandoned radar sites that are contaminating the surrounding region’s soil, groundwater, animals and foods, impacting the ecosystem as well as human health.

Initially, the radar sites represented a significant disturbance to the aboriginal people who had established camp sites near the military development as well as a disturbance to the regional ecosystem. However, the contamination risks were not realized until the mid 1980s and increasingly so once the warning signs were posted on radar site structures by the Ministry of Natural Resources in 1992.

Over the past 15 years, the radar sites have been assessed according to government procedures under Environmental Site Assessment and Delineation guidelines. Building materials, soil, and water results have identified serious PCB contamination across the radar sites, however, our assessment of the radar sites looks beyond the borders of the site infrastructure and into the surrounding landscape. The Mushkegowuk Environmental Research Centre presents in this report an alternative approach towards site assessment, an approach that is driven by the Mushkegowuk concerns and values. Instead of categorizing our research as a Environmental Site Assessment or Human Health Assessment, we offer A Look at the Land and ask if Everything is Growing Well.

If you would like a copy of the report or a DVD-quality version of the video you’re about to see, you can contact Jennifer Simard, the Director of the Mushkegowuk Environmental Research Centre by email: jsimard@merc.ontera.net by phone:705.268.1123 or by fax: 705.268.3282