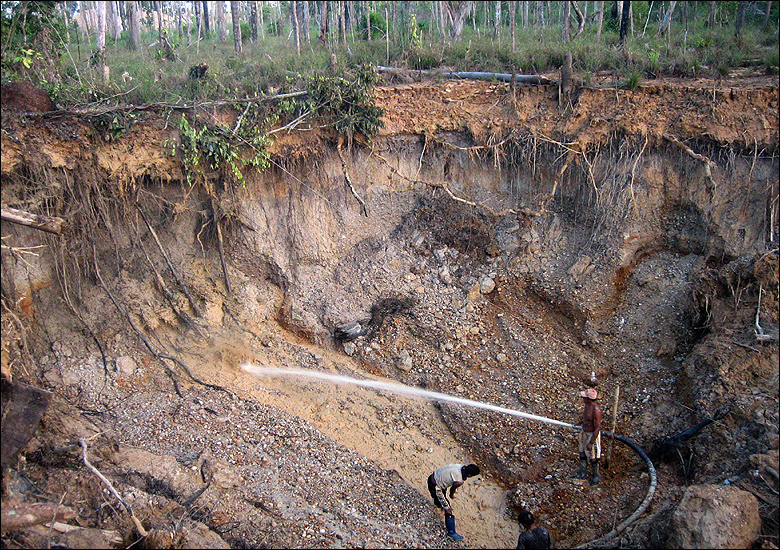 Six weeks ago, Peru’s Ministry of Energy and Mines announced that it was “indefinitely suspending” the exploration activities of a Canadian mining company inside the sacred territory of the Awajun and Wampis Peoples.

The announcement was curiously timed just a few days before a new mobilization was supposed to be launched in the Amazon. In part, the planned protest was going to be aimed at the Canadian company, Minera Afrodita (Dorato Resources) , who is believed to be contaminating the Cenepa and Maranon rivers with mercury and cyanide waste. As many as 13 thousand indigenous people depend on these two rivers. However, the Awajun and Wampis couldn’t take the chance of ignoring the Ministry’s words.

Unfortunately, as the days went by, it became clear to the Awajun and Wampis–along with the international community–that Peru had no intention of actually halting the company’s work.

In retrospect, February 17 was just another day in Peru’s legacy of betraying Indigenous Peoples.

A new report by ODECOFROC (the Organization for the Development of the Border Communities of El Cenepa), a group that represents 56 Awajun and Wampis communities in the Amazon, reveals a number of other government betrayals central to the Indigenous Peoples’ territory. This is also the subject of a new film by ODECOFROC and the International Work Group for Indigenous Affairs, titled, Amazonia for Sale. The film provides viewers with a good introduction to the Awajun and Wampis struggles, while their 68-page report, A Chronicle of Deception, provides the details.

Most importantly, the report demonstrates how “the Peruvian government acted in bad faith” by modifying the original proposal to create the Ichigkat Muja National Reserve and ultimately secure the Indigenous Peoples lands.

The proposal was supposed to include the area Minera Afrodita claims to own; that is what the Awajun and Wampis understood when they agreed to the proposal. However, the government unilaterally cut down the proposed protection area, specifically, but not exclusively, for Afrodita.

The betrayal was “in open violation of Convention 169 of the International Labor Organization, the United Nations Declaration on the Rights of Indigenous Peoples and the American Convention on Human Rights,” says ODECOFROC.

Overall, “This situation serves as a basis for the claims made by the indigenous movement that led to massive demonstrations in 2008 and 2009, in addition to a prolonged strike, which culminated in the bloody events of Bagua (June 5, 2009), when the government violently intervened to evacuate the Awajun and Wampis contingents that had blocked a highway, ” ODECOFROC continues.

Sadly, with the government’s continued push to gut the Amazon of its precious resources–and now, remove any communities in their way–more highways will be undoubtedly blocked in the months ahead. There may even be more bloodshed before the government finally agrees to act honourably and in good faith.