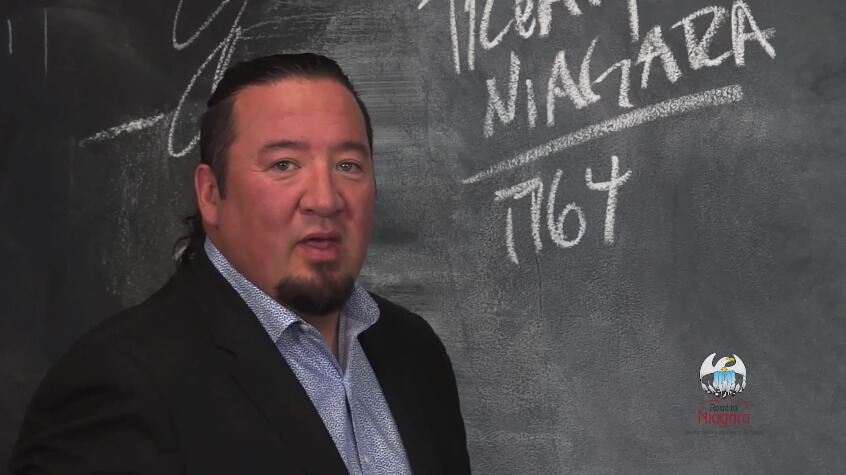 Legal fictions of the Indian Act

In March 2016, Assembly of Manitoba Chiefs (AMC) Grand Chief Derek Nepinak was given the mandate by Chiefs in Manitoba to begin a discussion about Section 91(24) of Canada’s constitution, which states that the federal government has sole jurisdiction over matters concerning “Indians and lands reserved for the Indians” as well as a discussion about the establishment of the Indian Act.

As a part of this mandate, AMC initiated an education and awareness campaign known as “The Road to Niagra”. The veritable road begins in Winnipeg, MB, on July 7, 2016, and ends in Niagara Falls, ON, where Grand Chief Nepinak will present AMC’s Road to Niagara vision at the Assembly of First Nations 37th Annual General Assembly, July 12-14, 2016.

In preparation for this journey, Grand Chief Derek Nepinak takes a moment in this video briefing to provide viewers with a quick primer on the history of the 1876 Indian Act and its constitutional role as a means to assimilate First Nations into the Canadian political landscape.

With the Canadian government’s recent promise to offer “unqualified support” for the United Nations Declaration of Indigenous Peoples (UNDRIP) “The Road to Niagra” could not have come at a better time. UNDRIP, after all, expressly prohibits any form of forced assimilation or integration. This means the Canadian government must now overhaul – if not completely abolish – the Indian Act, providing it adequately consults with all First Nations before doing so.

This also means First Nations in Canada now have the opportunity to redefine the Nation to Nation relationship that Canada has used for decades on end to gradually obliterate Indigenous Nationhood through mechanisms like residential schools, the modern treaty process and policies that institutionalize third-world living conditions on reserve.

AMC’s “Road to Niagara” vision may very well be what every First Nation needs in order to thrive as separate and distinct nations alongside Canada.

For more on this, watch the presentation: Genocide, Assimilation or Incorporation by Dr. Bonita Lawrence. Also check out The Pass System.