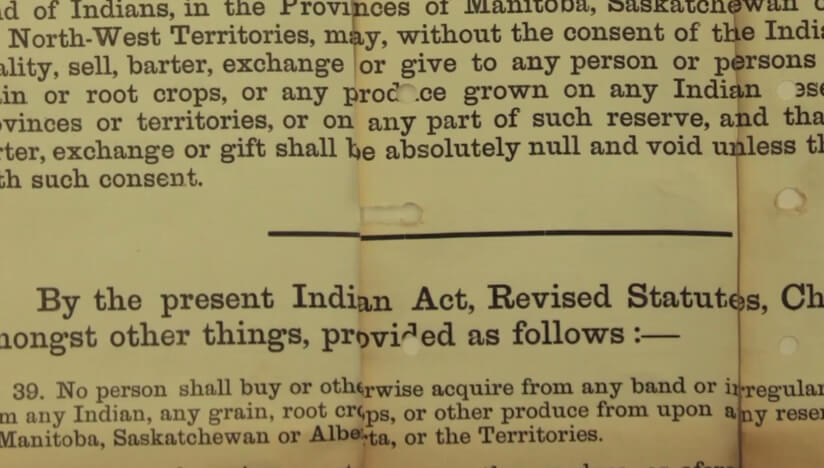 In the wake of the Northwest Resistance of 1885, three Canadian officials put forward a proposal for a system of segregation – whites from First Nations – to the Prime Minister, Sir John A. Macdonald. His response was that “…it is in the highest degree desirable to adopt it.”. He then signed an internal order that became an unofficial policy of Indian Affairs. Henceforth, a pass to get off reserve would only be issued at the pleasure of the local Indian Agent, a man who controlled every aspect of First Nations lives, holding judicial powers. The Government of Canada knew the pass system had no basis in law, but the system nonetheless lasted over six decades.

Premièring at the Vancouver International Film Festival (VIFF) and playing the Yellowknife International Film Festival (YKFF), This 51 minute documentary tells first-hand stories of the pass system’s affect on First Nations families. They were cut off from their children in residential schools, other relatives, and dispossessed of the ability to freely hunt, fish and trade, resulting in devastating and lasting financial impacts, with obvious human consequences. This film seeks to document the living, but little-known history of the pass system told by the people whose families lived through it.