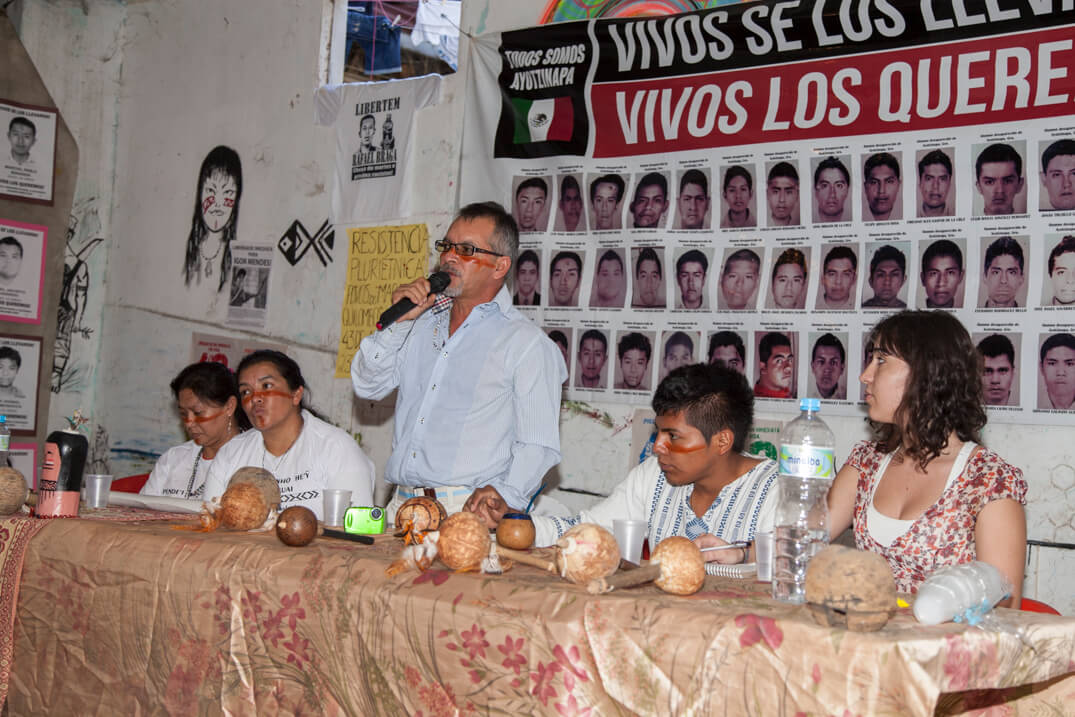 Members of the Indigenous Maracana community welcomed the Ayotzinapa Caravana 43 por Sudamerica in Rio on June 11, in what turned out to be a crucial link in the Caravan’s South American solidarity tour. The Caravan is part of an ongoing political uprising that manifested through collective demands for justice and accountability from the Mexican government over the forced disappearances of the 43 Ayotzinapa teachers’ school students, last September in Iguala, Mexico. The activist collective has traveled around the globe in recent months, accumulating consecutive expressions of solidarity in their wake. According to Francisco Sanchez Nava, survivor of the infamous abduction of Normalista students, their visit was strategic in the formation of a unified movement against state sponsored terrorism in Latin America.

The Caravan consisted of three of the students’ parents, and survivor, Francisco Sanchez Nava, who had a special message of solidarity for indigenous communities of Brazil. “During our trip we realized that, unfortunately, all countries have the same problems. Governments repress indigenous people and the poor people who are suffering the most, both in Mexico and here.”

Similar cultures of state sponsored disappearances and police impunity are endemic to both Mexico and Brazil, so finding common ground and nurturing solidarity in the peoples’ struggles, nation to nation, was not to be an elusive task.

After bearing witness to the Ayotzinapa Caravan’s testimony, members of the Maracana community count themselves among the newly cultivated allies of the Ayotzinapa movement – which has ties to the Indigenous Zapatista movement – of Mexico. 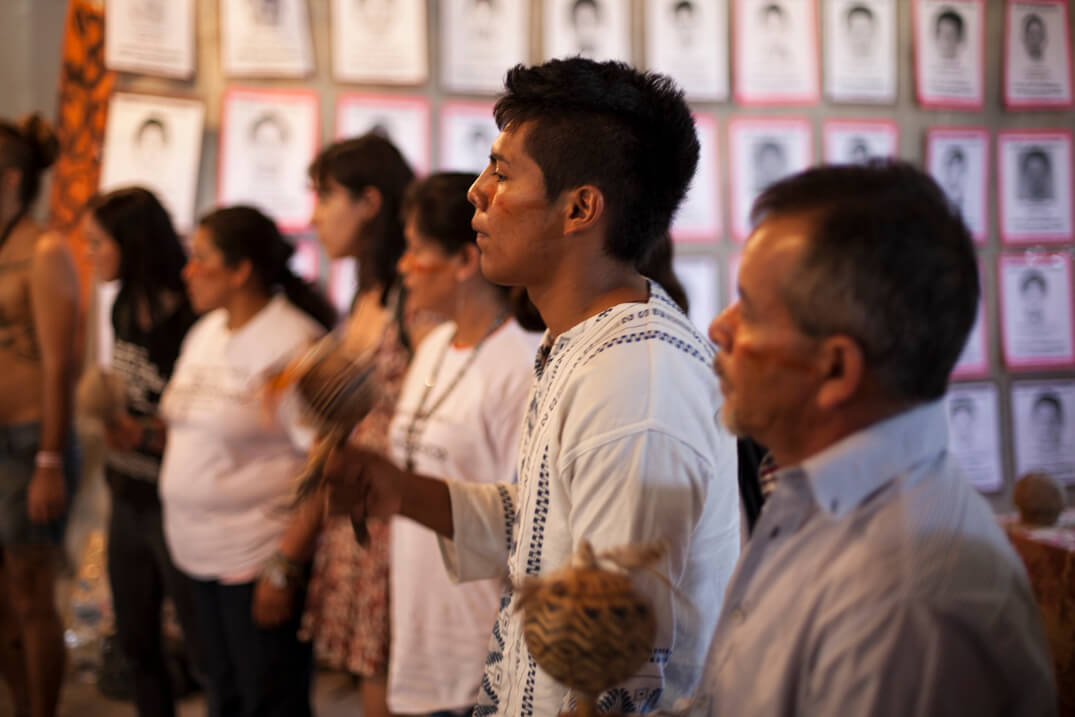 Indigenous Peoples like the Maracana have as much to offer as they have to gain in terms of solidarity and support with the Ayotzinapa movement.

Experienced in navigating a sustained atmosphere of violence, disappearances, and police impunity, the Maracana clashed with military police in 2013 when members of the community were forcibly evicted from Brazil’s historical Indian Museum, where the infamous Figueiredo Report had resurfaced a few months prior.

The Figueiredo Report, rumored to have been destroyed in a fire in the late 1960s, details the brutal and shocking legacy of the government-run Indian Protection Service (PRI). The PRI, often working in concert with powerful non-indigenous landowners, carried out a systematic pattern of violent oppression against Brazil’s Indigenous Peoples that comprised a horrifying narrative of mass murder, enslavement, torture, bacteriological warfare, sexual abuse and land theft.

The museum – which previously served as headquarters for the PRI – was slated to be destroyed in preparation for the World Cup. 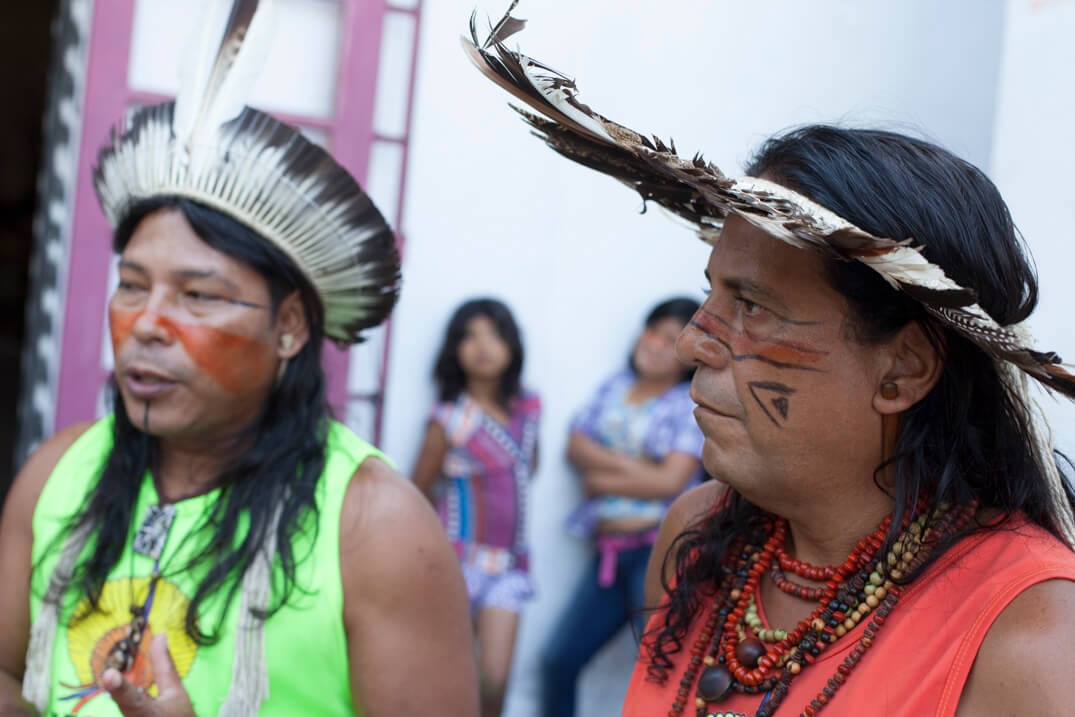 The criminally deplorable paradigm of institutionalized racism and state sponsored violence depicted in the Figueiredo Report, much like the Indian Museum itself, is no mere echo of the past.

In Feb. 2015, a Kaiowá teen was kidnapped and tortured by an armed militia group that was hoping to gain information about local Indigenous leadership. By many accounts, this was symptomatic of a larger pattern of continuing state sponsored oppression and terror. A 2014 CIMI report cites that after dipping a bit in 2013, incidents of violence against, and killings of, Indigenous People in Brazil are once again on the rise. Anthropologist Lucia Helena Rangle, research coordinator, said, “It is easy to verify that there has been a major increase in violence against Indians. Unknown is whether the greater violence is the brutality of the deaths or if it is another type of violence that we record every year, the violence against historical heritage, the racism, or the morosity of Government delays in demarcating indigenous lands and in complying with established law.”

An especially ominous, and recent, upsurge in unconstitutional land grabs can seemingly be traced to a sub group within the Brazilian Congress known as the ‘Rural Legislators’. The financially compromised legislators – conspicuously bankrolled by multinational players in ‘ big ag’, and the mining and energy sectors – are once again working in concert with landowners and private interests to eradicate Indigenous land rights that were codified into the 1988 Constitution. A counter-mobilization memorably surfaced in 2013, when 700 Indigenous leaders occupied the Brazilian House of Representatives. 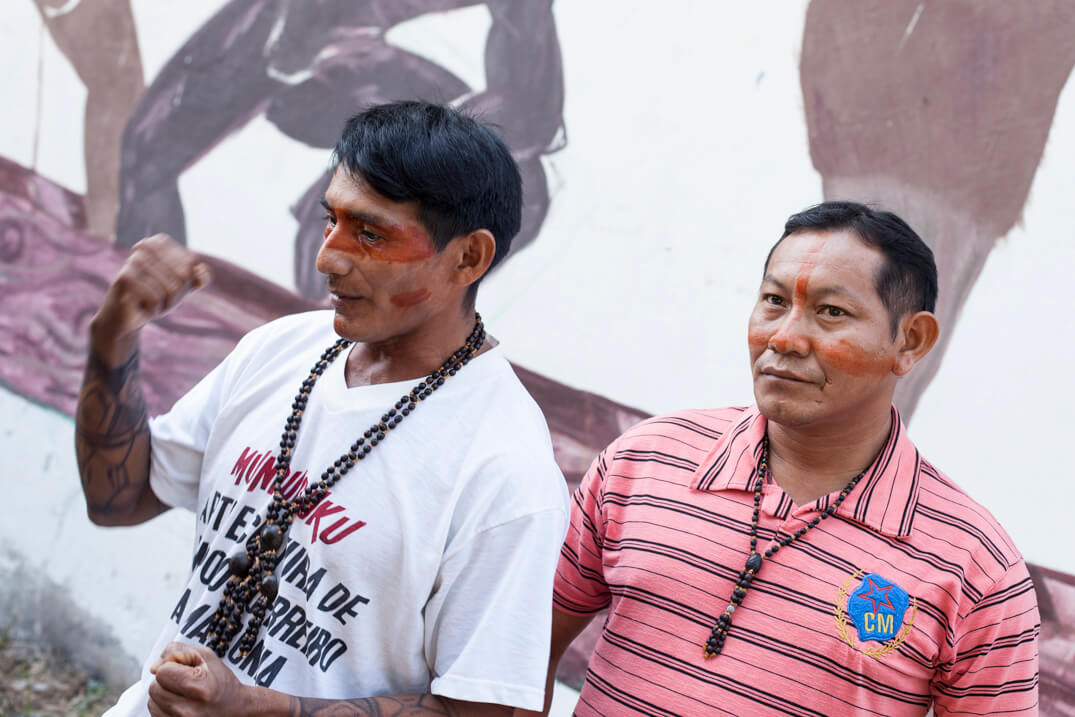 The APIB (National Articulation of the Indigenous People of Brazil) was the coalition at the heart of the 2013 political mobilization and had warned Indigenous stakeholders that the government was considering at least seven new Bills that would severely weaken Indigenous Peoples’ collective sovereignty and authority over their ancestral lands. One of these Bills, Proposed Constitutional Amendment 215 (PEC 215), would give Congress exclusive authority to unilaterally determine the boundaries of Indigenous territory; another, would streamline the licensing of development projects by reducing Indigenous rights to self-determination, another still, would effectively legalize the militarization of police against Indigenous Peoples standing in opposition to large-scale projects like the Belo Monte Dam.

The occupation of Congress in 2013 spearheaded a full-scale, politically plural, movement, the likes of which Brazil had never been host to. Focusing their efforts on blocking the approval of PEC 215 – the Indigenous led mobilization joined forces with numerous non-Indigenous Brazilians. Counted among them is a core group of politicians who have taken it as their duty to defend the Constitutionally-protected rights of Indigenous Peoples. 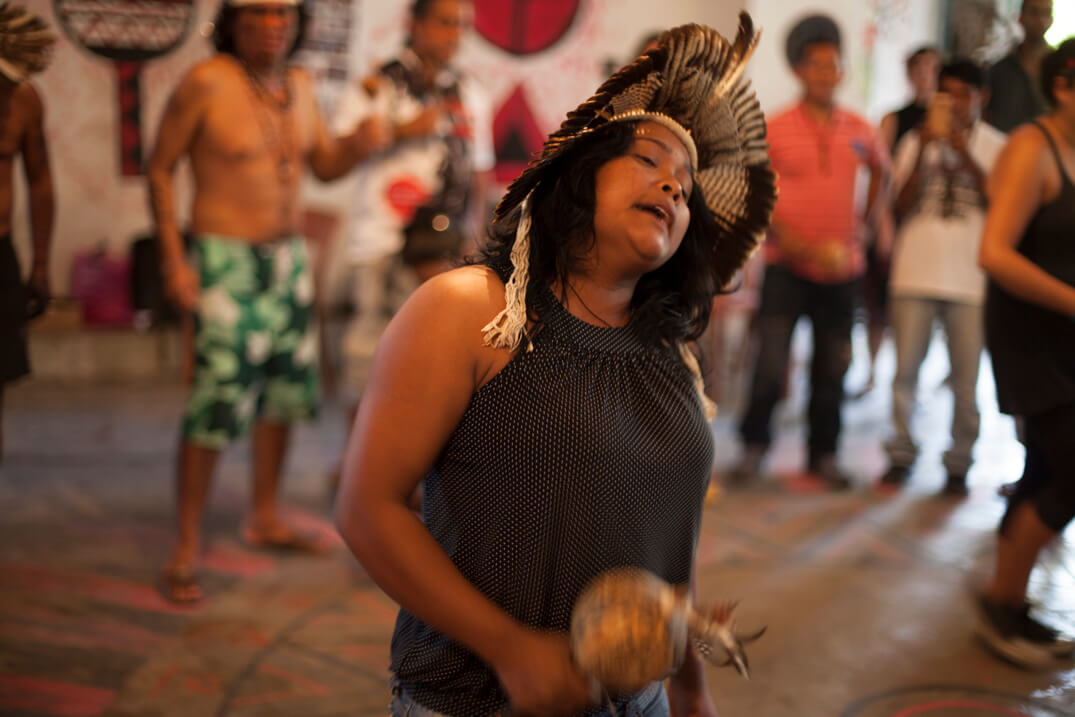 In Dec. 2014, Congress responded to the political uprising by halting the controversial bill from being put to a vote, but they also tellingly chose not to archive it. Since then, Indigenous Brazilians, now wise in the way of colonialist politics, have maintained their vigilance up against the corporate-financed political forces that seem to operate outside of any standard of ethics in their profit-motivated quest to appropriate traditional Indigenous land from Native Brazilians.

The Maracana made a collective statement regarding the long term impact of these practices of disenfranchisement during an occupation of the federal district earlier this year, citing that: “An indigenous person without land is no longer indigenous.”

From this perspective, stripping Indigenous Brazilians of their land could conceivably be the final act in Brazil’s slow burning genocide of its Indigenous Peoples, a goal that we now know was explicitly imagined by the PRI throughout the 1940s, 50s and 60s.

Special thanks to the Caravana 43 por Sudaamerica, Aldo Santiago, Meg Kidd and Juliana Bittencourt for collaboration and contributions to this article.