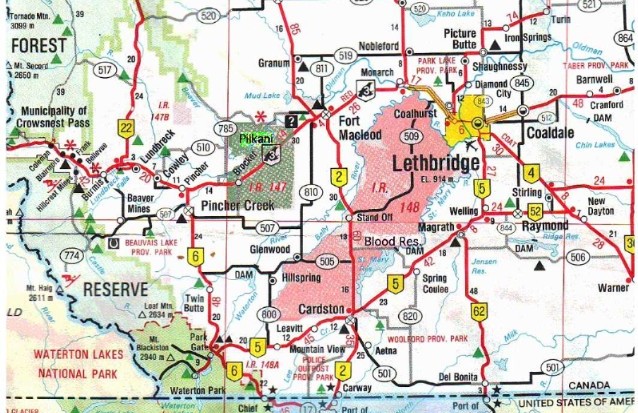 5,000 kilometres away from the Whycocomagh Reserve in Cape Breton–where members of the Waycobah Nation are speaking out against hydro fracking–members of the Blood Tribe have started calling for a moratorium on the controversial extraction process within their own reserve in southern Alberta.

In late 2010, Kainaiwa Resources Inc. (KRI), a company that’s solely owned by the Blood Tribe, quietly signed off on a deal with the Calgary-based junior mining company Bowood Energy and the U.S. company Murphy Oil.

In exchange for the $50 Million, Bowood Energy and Murphy Oil gained a five-year lease to roughly 129, 280 acres, almost half of the Blood’s reserve, for oil and gas exploration. During that time, the two companies will be allowed to use hydro fracking on no fewer than 16 drill sites on the reserve. 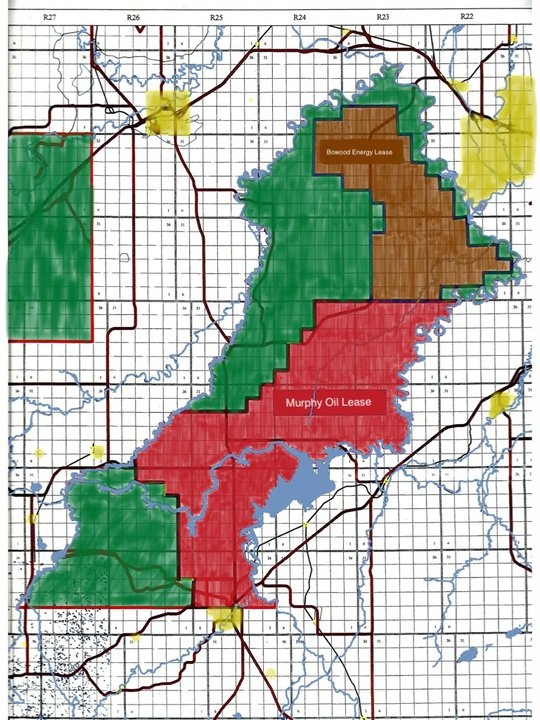 Hydro fracking (also known as hydraulic fracturing or just simply “fracking”) is a process in which hundreds of toxic chemicals and millions of litres of drinkable water are “injected” at high pressure into underground rock formations. The process shatters the rock like a broken windshield, creating pathways for the companies to draw out any oil and gas deposits within the rock.

In most cases, up to 70% of the chemicals used in fracking (some of which are extremely toxic to humans) are non-recoverable, which means they stay underground, where they can travel with the oil and gas into local water sources. This is a sadly common occurrence with fracking. In New Mexico, for instance, the chemicals leached into the water table at 800 different sites. According to recent reports, fracking can also mobilize uranium and other radioactive material that may be present in the rock.

This is the biggest concern for the Blood: “the toxic nature of the drilling and its capacity to do irreversible damage to the land and water on the Blood Reserve and surrounding areas,” says Protect Blood Land. “Furthermore, fracking poses a major threat to human health, wildlife and livestock.”

Also known as the Kainai, the Bloods (a name given to them by European traders for their use of red ocre) are one of four member Nations of the once-powerful Blackfoot Confederacy, whose traditional territory stretched from the North Saskatchewan River close to what is now Edmonton, Alberta, to the Yellowstone River in Montana. Other Confederacy members include the Siksika and the Peigan Nations in Alberta, and the Blackfeet Nation in Montana. 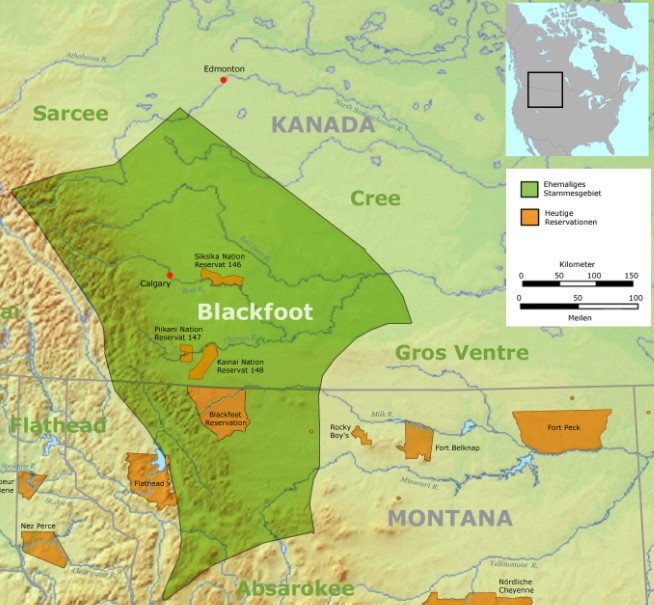 The Blood reserve itself, occupying about 884 square kilometres and with a member population of over 10,000, is the single largest reserve in Canada. The reserve was formed after the signing of Treaty 7 in 1877. Though Treay 7 was considered to be a Peace Treaty, it also provided the Bloods with compensation following the destruction of their primary economic resource, the Buffalo.

After the devastating loss, the Bloods, like so many other Plains Peoples, were forced to rely on government rations and agriculture for subsistence.

The Bloods still practice agriculture today; but they have never fully recovered from the historic loss. As Maija Tailfeathers explained to Intercontinental Cry, “over 70% of those living on reserve are also on social assistance; simply because we do not have employment opportunities on reserve,” said Tailfeathers. “The jobs that do exist are essentially all under tribal employment.”

Given the economic situation on the reserve, the new agreement with Bowood Energy and Murphy Oil certainly tipped a few scales in favour of the Blood; but only for a limited time. And given the nature of fracking, it may also come at a heavy cost that no one is prepared for, as Protect Blood Land points out all too clearly:

“Blood Tribe members are encouraged to look at this from a critical perspective. What does this mean for our land and people? It is a five-year lease. What happens in five years time? This deal offers short-term employment for a limited population. What happens to those jobs when the oil companies move on to their next venture? What happens to the place that we, the Niitsitapi, have called home for thousands of years? We are left with a landscape pocked-marked by wells which have sucked the land dry and left our water undrinkable. Furthermore, we are left with life-long health issues such as neurological disorders, cancer, asthma, and the list goes on. This, all in the name of ‘economic development’. Ultimately, your health and well-being along with all future generations of Niitsitapi have been compromised for short-term monetary gain; a pay cheque. We must demand a moratorium on all planned gas & oil exploration negotiated in this deal. We owe it to our ancestors, ourselves, and all future generations to protect Blood land.”

In addition to the the risks and limited benefits, Blood members are also concerned about the actual agreement and the conditions under which it was signed. According to Protect Blood Land, no one from the reserve was consulted before it was finalized. As well, “KRI and the Blood Tribe Chief and Council neglected to maintain any degree of transparency during and after the negotiations–ultimately, leaving a large population of tribe members completely unaware of the situation until after the deal was made,” says Protect Blood Land.

For these reasons, Protect Blood Land has set up a petition for anyone living on the reserve and the surrounding Oldman Watershed that wishes to object to the agreements and urge a moratorium on all planned oil and gas exploration until a referendum has taken place on the Reserve. The petition also demands the right to free expression “without concern of prosecution or threats by Blood Tribe Chief and Council or their agents” as well as the end of any attempts at coercion “in the form of threatening the employment of anyone who works under Blood Tribe and speaks against the agreements.”

A second petition has also been set up for anyone else that wishes to stand in solidarity with all Blood members opposed to Fracking on their land.

Petition for Individuals who are NOT tribe members nor living in the region:
http://www.gopetition.com/petition/42138.html