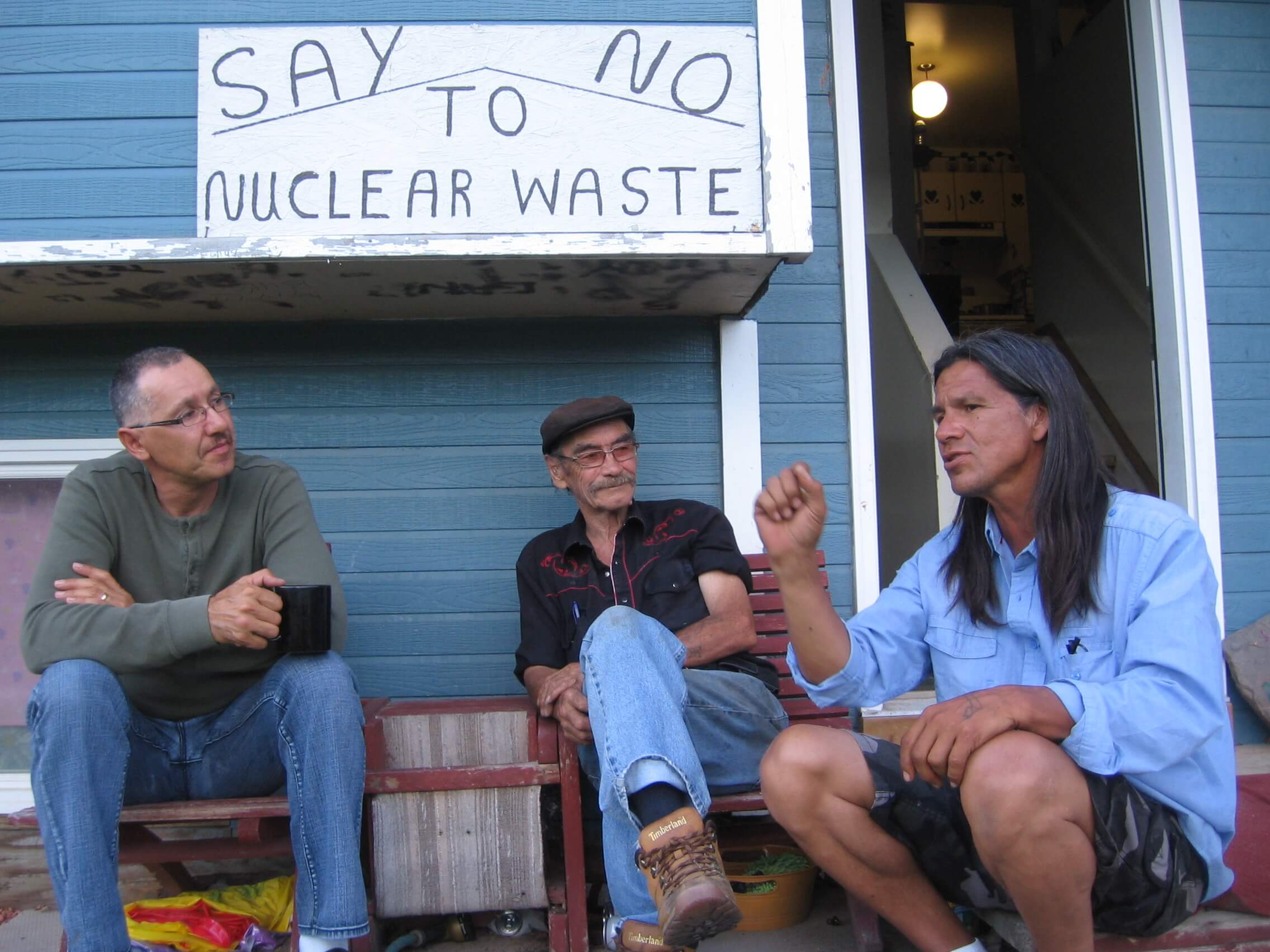 Residents of northern Saskatchewan are celebrating an important victory this month after a four-year, hard-fought campaign to keep the province free of nuclear waste.

On March 3, the Nuclear Waste Management Organization (NWMO) announced that Creighton was no longer a contender in the organization’s siting process. It was the last of three Saskatchewan communities in the running to host a deep geological repository for the long term storage of spent fuel bundles from Canada’s nuclear reactors in Ontario, Québec and New Brunswick.

“This announcement is the culmination of four years of research, sacrifice, networking and hard work by a group of dedicated people with one goal: to keep nuclear waste out of Saskatchewan,” said Candyce Paul, a founding member of the Committee for Future Generations.

Dene, Cree, Métis and settler residents of northern Saskatchewan formed the grassroots Committee for Future Generations in 2011 when they learned that three locations in the region were taking part in NWMO’s siting process.

Saskatchewan’s Northern Administration District covers approximately half of the province, and an estimated 80 percent of its 37,000 residents are Dene, Cree and Métis. The region is also home to Canada’s uranium mines.

Over the past four years, the Committee for Future Generations has led the fight against NWMO in Saskatchewan. The all-volunteer committee coordinated a 900-kilometer march down to Regina, petitions, rallies, workshops, and a host of other activities.

“The powerful Nuclear Waste Management Organization with all their money and all their experts could not beat back the duty we have to protect our future generations,” said Paul. 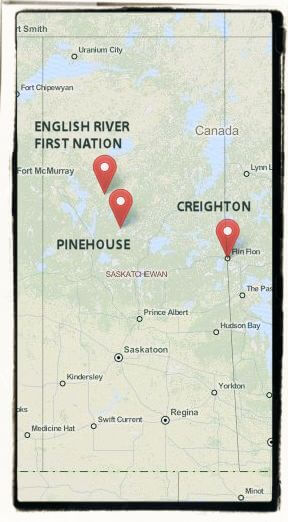 English River First Nation and the northern village of Pinehouse in northwestern Saskatchewan were dropped from NWMO’s multi-phase siting process in November 2014. Also now no longer under consideration for further study, Creighton is located in northeastern Saskatchewan, right across the provincial border from Flin Flon, Manitoba.

Creighton’s interest in the process to find a home for high-level nuclear waste from reactors out east sparked local opposition both in the two towns and in the surrounding region. The town and the area studied by NWMO fall in the traditional territory of the Peter Ballantyne Cree Nation (PBCN).

Indigenous consultation was not included in the initial stages of NWMO’s siting process. Instead, NWMO set up a so-called council of elders and employed prominent First Nations and Métis individuals to promote nuclear waste storage in Saskatchewan.

PBCN councillor Eileen Linklater only found out about Creighton’s involvement through the grapevine. “Not once they invited us, or [did we] get a memo or anything like that,” Linklater told Intercontinental Cry back in 2013, the year former Federation of Saskatchewan Indian Nations (FSIN) Vice-Chief Lawrence Joseph turned up in Southend to promote NWMO.

“We have a big vast traditional area in the north,” said Linklater. “If it’s going to affect our food chain, our waterway, our medicines, all this, everything … why is it that they never bothered to come and, you know, say okay, how do you feel about this?”

The PBCN Chief and Council resolved to oppose the storage and transportation of nuclear waste in the region. Other Saskatchewan First Nations and towns had previously made formal resolutions along the same lines, as had organizations of northern trappers, Indigenous women, and others. Resistance also began to pick up in Creighton itself during the two years before the town was dropped.

“I have a sense of peace and relief, yet I’m sorry that nine Ontario communities are still fighting this. Nuclear waste should not be buried anywhere; it has to be kept above ground where it can be monitored forever,” Creighton resident Nadine Smart said in a March 4 statement by the Committee for Future Generations.

However, there has been strong Indigenous opposition in Ontario for years. Both the Nishnawbe Aski Nation (NAN), representing 49 First Nations in northern Ontario, and the Anishinabek Nation, representing 39 member First Nations across Ontario, have formally declared their opposition to nuclear waste in all of their traditional territories.

The siting process sparked controversy in Manitoba this month after details surfaced of an agreement between NWMO and Manitoba Keewatinowi Okimakanak (MKO). The chiefs and councils of several of MKO’s 30 northern First Nation members denounced the deal, pointing to an existing MKO moratorium on nuclear waste storage and transportation.

MKO Grand Chief David Harper announced that he would not step down despite calls for his resignation over the agreement. The $300,000 deal is to educate MKO First Nations about the risks posed by a nearby nuclear waste storage site, he said.

Some MKO member First Nations, however, have cut ties with MKO. The Swampy Cree Tribal Council, comprised of seven First Nations in northwest central Manitoba, released a statement announcing that they will no longer participate in MKO until Harper steps down. Others have joined them. On March 16, the leadership of the Manto Sipi Cree Nation announced that they support the call for Harper’s resignation as MKO Grand Chief.

Back in Saskatchewan, meanwhile, celebrations continue. NWMO cited geological and geographical reasons for dropping the three Saskatchewan locations, but local organizers have no doubt that the strong northern resistance was a key factor in the decision.

“This is what happens when people stick together and fight for what they believe in,” said Fred Pederson, a Pinehouse resident and member of the Committee for Future Generations.