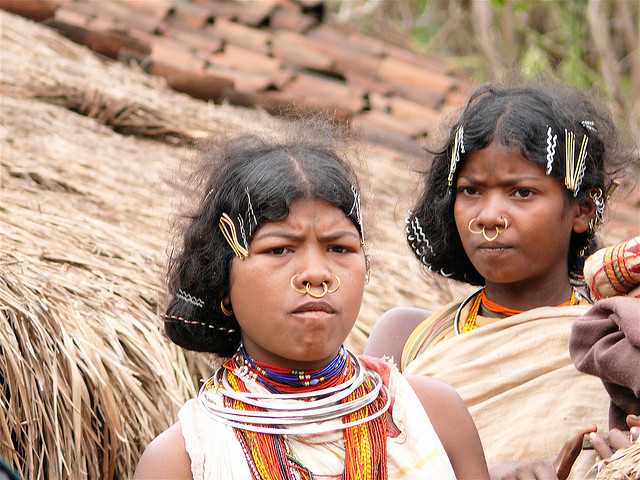 Photo by Rita Willaert, on Flickr
Support our journalism. Become a Patron!

An extremely disturbing allegation has been made against the UK mining giant Vedanta Resources plc. According to the following report, paramilitaries were told at meeting sponsored by Vedanta “to warn Dongria Kondh villagers not to oppose Vedanta else they will be branded Maoists (terrorists) and then killed.”

This report was originally published at http://www.minesandcommunities.org//article.php?a=10792

Note: from minesandcommunities.org In order to protect the security of the seasoned, Orissa-based, investigative journalist who sent us this report, we have withheld their identity.

Continuing with repressive measures against anti Vedanta tribal leaders and activists para-military forces have been stationed in Vedanta’s Mid-day Meal center in Lanjigarh for the last 3 days.

Locals say Vedanta has arranged for ‘Modo & Manso’ (wine & meat) for the forces who have been briefed to warn Dongria Kondh villagers not to oppose Vedanta else they will be branded Maoists and then killed.

Combing operations might be already underway or will be launched any moment. This Mid-day Meal Center was inaugurated by former President A P J Abdul Kalam about a year ago and was supposed to feed 25,000 children everyday.

That never happened as the district administration abstained from funding this Center as Vedanta wanted to take credit for a Govt sponsored scheme. Since then it had been under locks like the 20 bed hall built by Vedanta at the local dispensary and numerous child care centers.

We have already seen the collusion of Operation Greenhunt forces and Vedanta before in Lado Sikaka’s abduction, several combing operations in the Niyamgiri hills and extra-judicial killings.

After the recent [Indigenous Peoples’] Niyam Raja ritual and oath taking ceremony, Vedanta’s goons have demolished the shrine installed by the Dongria Kondh atop their sacred mountain.

The combing operations are now meant to terrorise the tribals in the name of fighting Maoists but in reality it is to suppress the movement against Vedanta.

A meeting was being planned by Niyamgiri Suraksha Samiti later this month where a large number of people would have participated to discuss the demolition of the shrine and Vedanta’s attempts to overturn the MoEF verdict on Niyamgiri by getting Orissa Mining Corp (OMC) to appeal in the Supreme Court.

The combing operations are also meant to ensure less participation in the meeting. OMC is now being run by the infamous Saswat Mishra (IAS) who had personally supervised forceful evictions in Lanjigarh and [was] also responsible for the Kalinga Nagar police firing that killed 14 people.

By terrorising the Dongria Kondh in Niyamgiri, while presenting some tribal employees as supporters of the project, Vedanta will repeat the same old argument of the project being a panacea to poverty in the region.