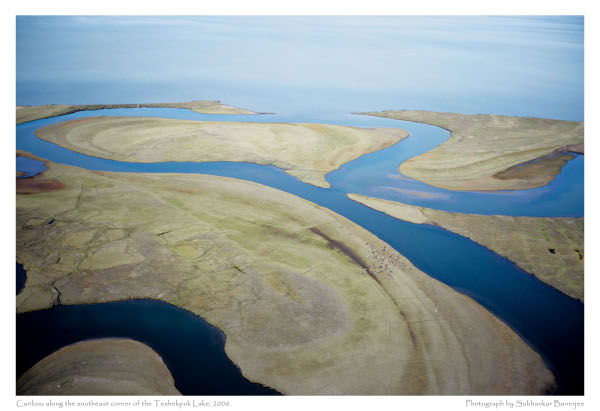 The US Bureau of Land Management (BLM) recently announced it will not open up the Teshekpuk Lake region to the oil industry – at least, not for another ten years.

Home to more than a million migratory birds and a habitat for the 45,000-head Teshekpuk Lake Caribou Herd, Teshekpuk Lake is one of the most important tundra-wetland ecosystems left on the planet. But ever since the US began heaving for more oil they’ve been trying to open the region up, threatening the wildlife, the fragile ecosystem, and seven indigenous communities who culturally and physically depend on the Caribou for subsistence.

The threat inspired tens of thousands of people to come forward, and the banding of several environmental groups and community members to ensure Teshekpuk Lake remains as it has since the 1920s: free from oil exploitation.

In a media release by Audubon Alaska, Stan Senner, executive director of the NGO says the BLM’s decision is definitely a step in the right direction, but there’s still more work to be done.

“This decision recognizes the international importance of the Teshekpuk wetlands, which have been protected by every federal administration since Jimmy Carter was President. Even though this action falls short of permanent protection, we are pleased that BLM has now taken this area off the table for oil and gas leasing.”

“We thank Secretary Kempthorne for responding to the outpouring of public opposition to oil and gas leasing in the Teshekpuk wetlands. This decision lifts the immediate threat of leasing so that conservationists, subsistence users, scientists, sportsmen and others can work to secure permanent protection, which is part of a balanced approach to oil and gas development in the larger NPRA. [Northeast National Petroleum Reserve-Alaska]”

And so, with the immediate threat out of the way – the campaign to Save Teshekpuk Lake can now focus on getting legislation to protect the region for good.