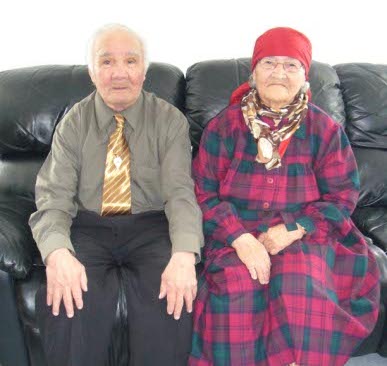 Following a lawsuit filed by dozens of Innu seeking to establish title to their traditional lands, the provincial government of Newfoundland Labrador has issued eviction notices to more than 100 Innu families; giving them 60 days to “remove all structures from Crown land and restore the site to its original conditions.”

If they fail to do so, the government will demolish the structures themselves and charge the costs to the Innu families. On top of that, they will also be liable for fines “not less than $1,000” and/or face imprisonment up to three months.

“This appears to be an outrageous effort by the government to evict the Innu people from their homeland without any legal basis,” comments Robert Tim Coulter, executive director of the Montana-based Indian Law Resource Center (ILRC) in a recent media release. “This is a grave violation of international human rights law that must be stopped. We are prepared to take this case to the international level if this matter is not resolved justly by the domestic courts of Canada,” he adds.

Armand MacKenzie, an Innu attorney and human rights activist was one to receive a removal order. He comments,

“No one has the right to evict us. We were here long before Newfoundland Labrador was ever formed. It is a total disgrace in the international community for the provincial government to attempt to bully us into giving up our land so they can construct hydroelectric dams and make money off our resources.

“The threat of eviction puts a lot of stress on our elders, our children and our families,” he said. “Where will they go? This is our homeland. We have sacred sites here, places where we pray and gather traditional medicines, places where we hunt, have ceremonies and bury our relatives. We’re closely connected to our land, and it’s important that we are able to live without fear of government agents harassing us.”

You can also contact James O’Reilly and Associates, the Innu’s legal defense (who’s heading the land rights case and defending against the eviction attempt) at 514.871.8117

Lastly, feel free to write Danny Williams, the Premier of Newfoundland and Labrador at premier@gov.nl.ca

The Indian Law Resource Center has also put together a list of relevant documents: