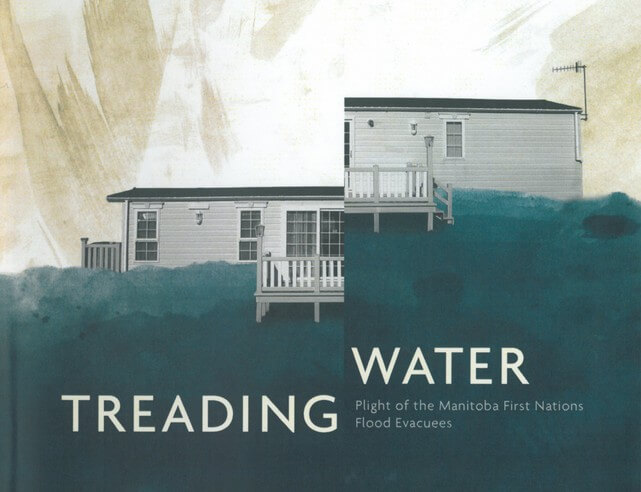 Located in the Interlake region of Manitoba, Canada, the Anishinaabe community was forced to abandon its territory in 2011, after the Manitoba government decided to intentionally flood the reserve in order spare the people of Winnipeg and other non-indigenous urban populations the burden of dealing with future flood waters. It was the first case of forced displacement that Canada had seen in decades–and almost no one knew it was happening until it was too late.

Three years later (as of 2014, when this film was produced), the people of Lake St. Martin now find themselves neck deep in the waters of displacement. While the Manitoba government sits around and talks, the community is forced to content with an unprecedented rise in substance abuse and suicide rates.

To order a copy of this film visit www.winnipegfilmgroup.com