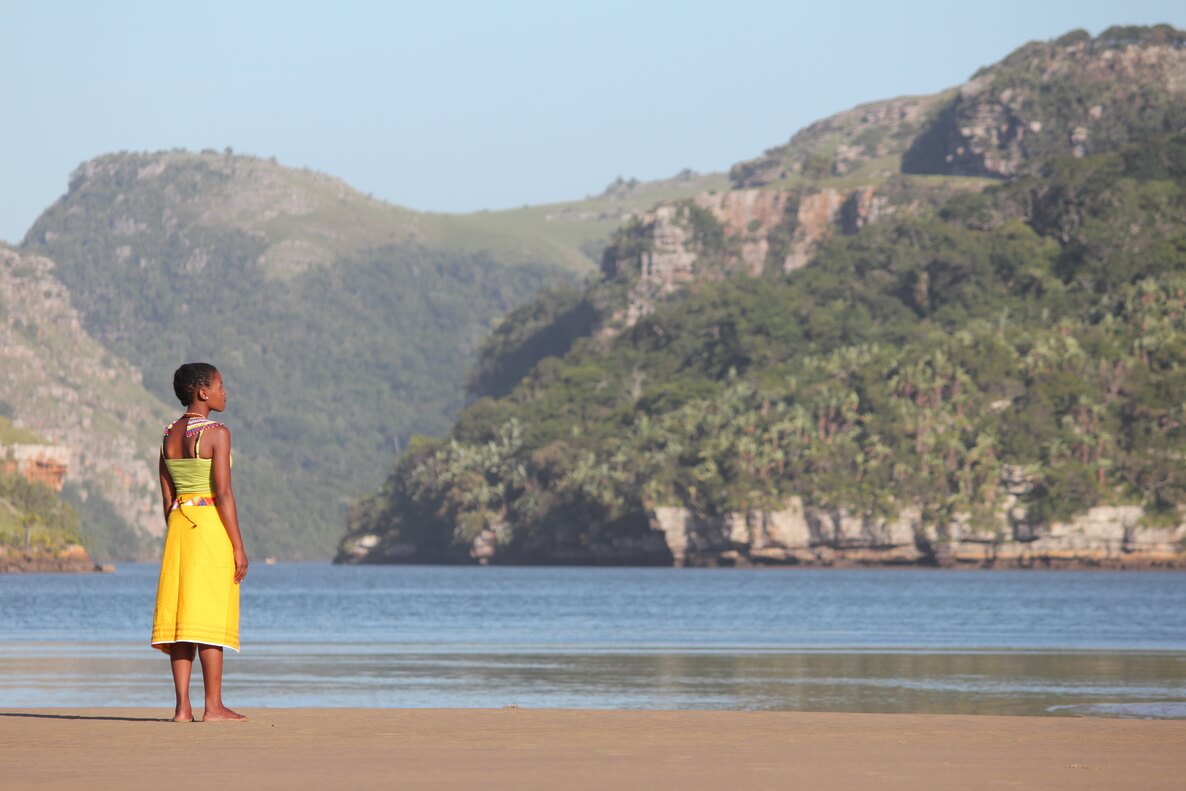 A struggle of extremes plays out on South Africa’s Wild Coast
Support our journalism. Become a Patron!

The Shore Break takes place against a backdrop of politics, monarchies and murder. At the center of the story is a family feud between two cousins, Nonhle and Madiba, that is tearing their rural community apart. Nonhle wants to maintain a traditional Pondo lifestyle and preserve the magnificent lands while her older male cousin, Madiba, feels large scale development is a more realistic way to bring progress to one of South Africa’s poorest and most undeveloped regions. Ultimately the film is an incredible multi-layered personal story that pits family members against one another in an ultimate battle for retaining a traditional way of life or foregoing it in the name of development.

When a mining company is interested in mining their beach sand for titanium and the South African Government wants to route a section of a new highway through their extensive rural communal lands, Madiba decides to collaborate with the mining company hoping these developments will bring decent infrastructure and work opportunities.

As Madiba starts to pave the way for the mining and highway projects, Nonhle fears for the future of her family’s home, farmland, graves and ability to live off the land. Despite her patriarchal community, Nonhle feels compelled to step up as a community leader and resist her cousin’s plans. Madiba’s frustration grows as he witnesses Nonhle’s attempts to block their only chance of progress. He feels she is selfishly trying to protect her own employment, which relies on the preservation of the environment.

Nonhle seeks the support of their traditional King and Queen, the monarchs of the Pondo people. The Queen publicly speaks out against the highway and mining. While the King is in hospital recovering from a diabetes-related double leg amputation, he finds out by watching the news on national television that the South African Government has dethroned him and replaced him with his pro-mining nephew, Zanozuko. While the King’s health deteriorates, Zanozuko pushes for the highway construction. To regain the throne, the Queen must fight South African President Jacob Zuma all the way to the Constitutional Court.

By fighting what she sees as unsustainable developments, is Nonhle tearing her family apart and discouraging government from developing the schools, clinics and local roads her community so desperately needs? Nonhle starts to doubt herself when her young neighbour dies from lack of access to health care. When Nonhle receives death threats she must decide whether the battle for the land she loves is worth her own life and the safety of her family.

The Shore Break deals with the universal themes of family, love, betrayal and homeland – and the fundamental conflict between tradition and modernity. It is a beautiful, poetic and dramatic creative documentary with moments of humour for light relief. With compelling characters, beautiful cinematography, and sand animations it draws you into the complex and mysterious world of the Wild Coast.