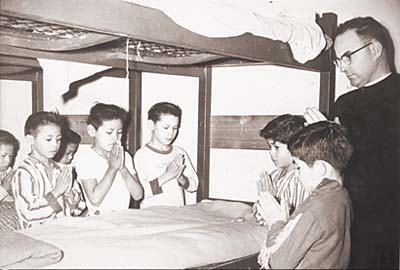 Directed by Randy Vasquez, Something’s Moving tells the story of three Residential School Survivors in the United States, and their efforts to heal themselves, to restore what was taken from them, and to allow future generations to live a life that’s free from trauma, shame, fear, and self-loathing.

“A great general has said that the only good Indian is a dead one, and that high sanction of his destruction has been an enormous factor in promoting Indian massacres. In a sense, I agree with the sentiment, but only in this: that all the Indian there is in the race should be dead. Kill the Indian in him, and save the man.”

This is quoted from a speech given in 1892 by Captain Richard H. Pratt, founder of the Carlisle Industrial Training School – the first Indian Residential School in the United States (noting, of course, that residential schools were running in Canada as early as 1620. However, they became institutionalized in Canada around the same time they did in the US. )

Modeled after a “prison school he had developed for a group of 72 Indian prisoners of war at Florida’s Fort Marion prison”, explains Andrea smith in Soul Wound: The Legacy of Native American Schools, Pratt sought “to ‘elevate’ American Indians to white standards through a process of forced acculturation that stripped them of their language, culture, and customs.”

The Government “found the Carlisle model an appealing alternative to the costly military campaigns against Indians in the West”. Within thirty years of Carlisle’s opening, nearly 500 schools would be established across America.

[The Schools] “ran on bare-bones budgets, and large numbers of students died from starvation and disease because of inadequate food and medical care. School officials routinely forced children to do arduous work to raise money for staff salaries and “leased out” students during the summers to farm or work as domestics for white families. In addition to bringing in income, the hard labor prepared children to take their place in white society—the only one open to them—on the bottom rung of the socioeconomic ladder.

Physical hardship, however, was merely the backdrop to a systematic assault on Native culture. School staff sheared children’s hair, banned traditional clothing and customs, and forced children to worship as Christians. Eliminating Native languages—considered an obstacle to the “acculturation” process—was a top priority, and teachers devised an extensive repertoire of punishments for uncooperative children. [Like forcing them to eat bars of soap, kneel down on pencils, or bathe in kerosene.]”

And then there was the physical and sexual abuse. There are few reports detailing the extent of what happened, however, it’s known that “rampant sexual abuse at reservation schools continued until the end of the 1980s,” Andrea explains. “In 1987 the FBI found evidence that John Boone, a teacher at the BIA-run Hopi day school in Arizona, had sexually abused as many as 142 boys from 1979 until his arrest in 1987. The principal failed to investigate a single abuse allegation.” Boone was one of several BIA schoolteachers caught molesting children on reservations in the late 1980s.”

While the full extent of abuse may be unknown, the multi-generational effect it has had on indigenous communities is all too well understood.

“Before colonization, Native women generally enjoyed high status, according to scholars, and violence against women, children, and elders was virtually non-existent. Today, sexual abuse and violence have reached epidemic proportions in Native communities, along with alcoholism and suicide. By the end of the 1990s, the sexual assault rate among Native Americans was three-and-a-half times higher than for any other ethnic group in the U.S., according to the Department of Justice’s Bureau of Justice Statistics.”

The abhorrent legacy of residential schools continues to unfold today. However, there are also many efforts headed by Indigenous People to end that legacy, to restore what what taken by force, and to allow future generations to live a life of their own. One that’s free from trauma, shame, fear, and self-loathing.

The following documentary discusses some of these efforts, while showing you the end result of one of America’s attempts to eradicate the indigenous identity. 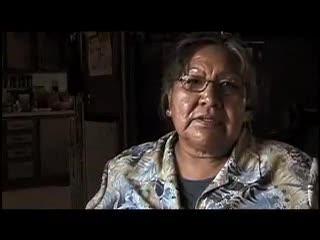