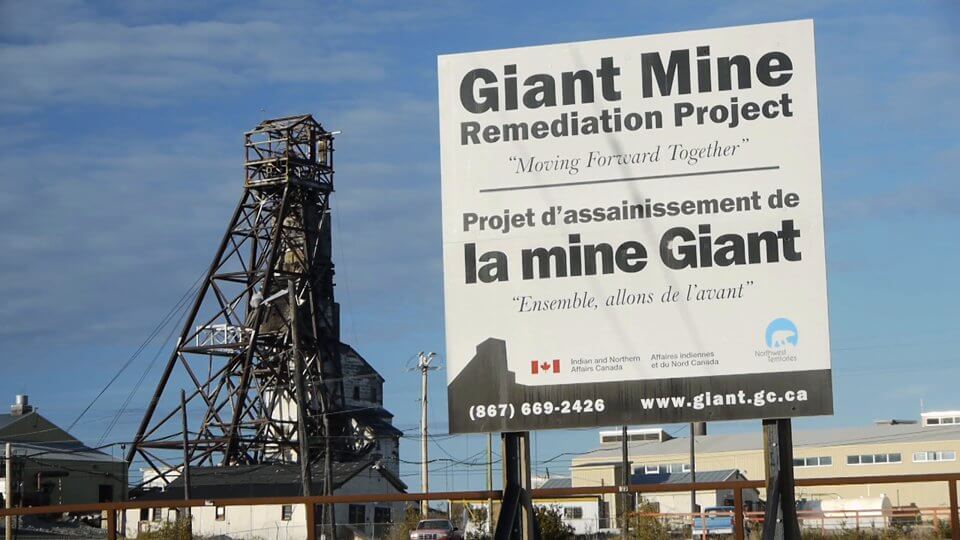 Shadow of a Giant

An interactive web doc that tells the story of one of Canada's largest environmental disasters
Support our journalism. Become a Patron!

Shadow of a Giant is a new interactive web documentary that tells the story of one Canada’s largest environmental disasters: Yellowknife’s Giant Mine, situated within Yellowknives Dene First Nation’s territory, known as the Akaitcho Territory.

Buried in collapsing chambers, within the municipal boundary of Yellowknife, and beside the 9th largest lake in the world, sits 237,000 tons of the highly toxic contaminant, arsenic trioxide, a byproduct of the defunct gold mine.

The city of Yellowknife and the surrounding Indigenous communities depend on a remediation plan that will refrigerate the arsenic into place, until a permanent solution can be found. Shadow of a Giant tells the story of Giant through the people who live on top of it and call it home.

From the remediation (clean up) team, who work to stabilize the arsenic; to the people who live and work in Yellowknife; to those who worked at the mine; to the proponents of the extraction industry in the north; to the Yellowknives Dene First Nations that live within hundreds of metres of the contaminated site. Their collective voices tell the story of Giant’s history. Their ideas of what the Giant mine site could become reflects a painful history for these communities, but also reveals a brighter future this toxic legacy.

Shadow of a Giant