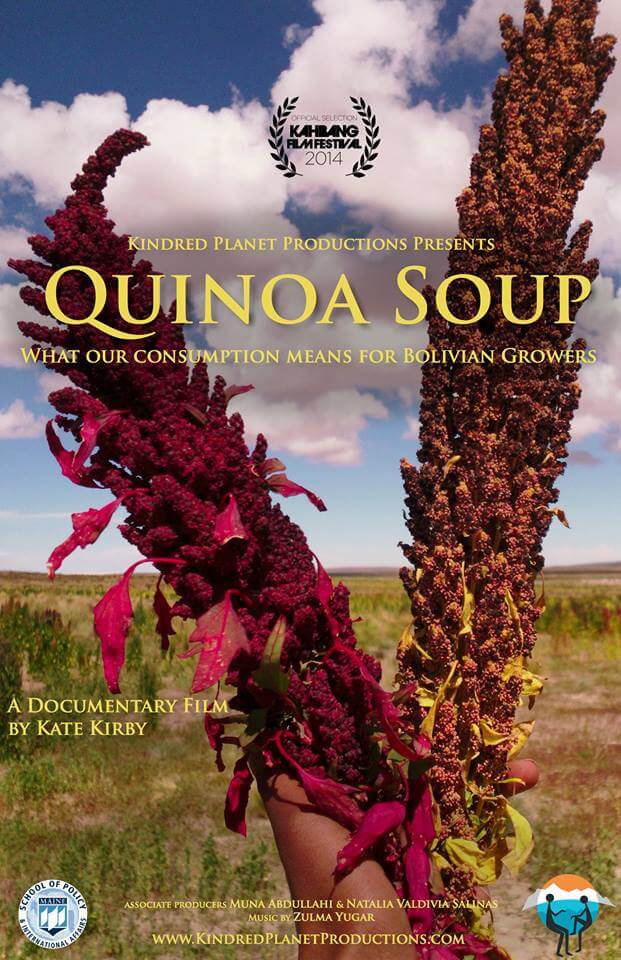 Quinoa Soup: What our consumption means for Bolivian growers

Quinoa Soup, an exploratory documentary, seeks to provide an American audience with stories from the field, providing a rare look into the daily lives of Cecilia and Leocadio, a quinoa-farming couple of the Quechua and Aymara nations.

On February 20th, 2013 the United Nations launched the International Year of Quinoa. A highly nutritious pseudocereal grown primarily in Bolivia, Peru, and Ecuador, it is believed that this complete protein could help eradicate world hunger.

In response to the so-called “quinoa quandary,” a plethora of articles have surfaced attempting to answer an oversimplified question: is eating quinoa good or bad?

This past February, Kindred Planet Productions, a team led by Kate Kirby, a recent graduate student in Global Policy at the University of Maine, traveled to Bolivia to investigate “what our consumption means for Bolivian growers.”

A film by Kindred Planet Productions