According to the 2012 National Census, 41% of the Bolivian population aged 15 and over is of indigenous origin, although the 2017 projections from the National Statistics Institute (INE) indicate that this may now have increased to 48%. Of the 36 peoples recognised in the country, most Quechua (49.5%) and Aymara (40.6%) speakers live in the Andean area where they self-identify into 16 nationalities. The Chiquitano (3.6%), Guaraní (2.5%) and Moxeño (14%) peoples live in the Lowlands where, together with the remaining 2.4%, they make up the remaining 20 recognised indigenous peoples. The indigenous peoples have thus far consolidated 23 million hectares of collectively-owned land as Native Community Lands (Tierras Comunitarias de Origen/TCO), representing 21% of the country’s total area. With the approval of Decree No. 727/10, the TCOs gained the constitutional name of Peasant Native Indigenous Territory (Territorio Indígena Originario Campesino/TIOC). Bolivia has ratified the main international human rights conventions, has been a signatory to ILO 169 since 1991, and the UN Declaration on the Rights of Indigenous Peoples (UNDRIP) has been in full force since the approval of Law No. 3760 of 7 November 2007. With the new 2009 Political State Constitution, Bolivia adopted the status of plurinational state. 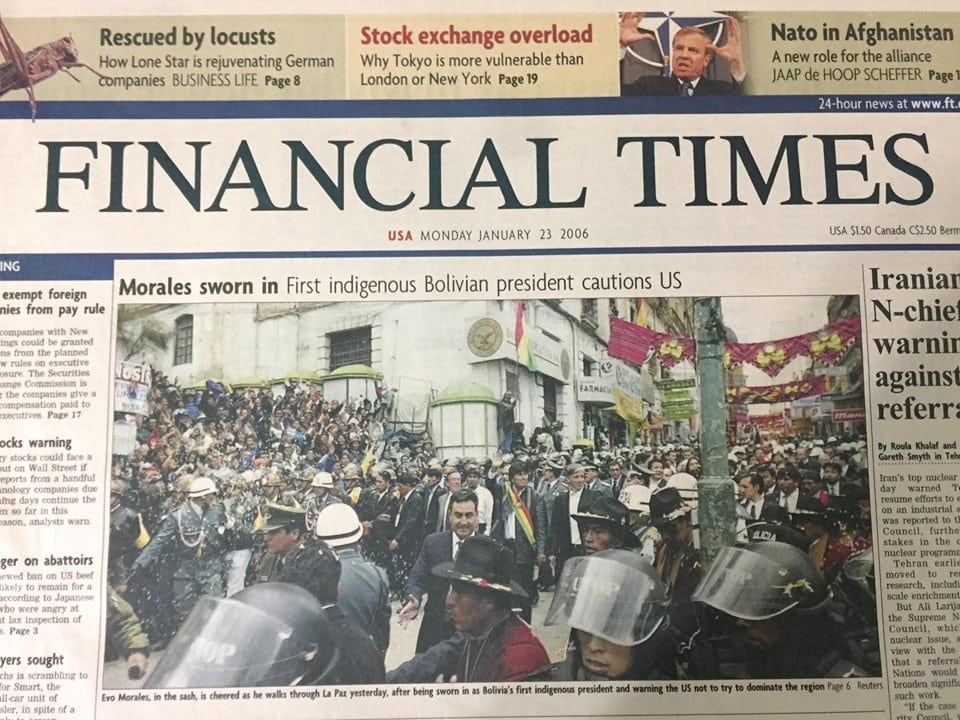 EVO MORALES AND THE BOLIVIAN SPRING 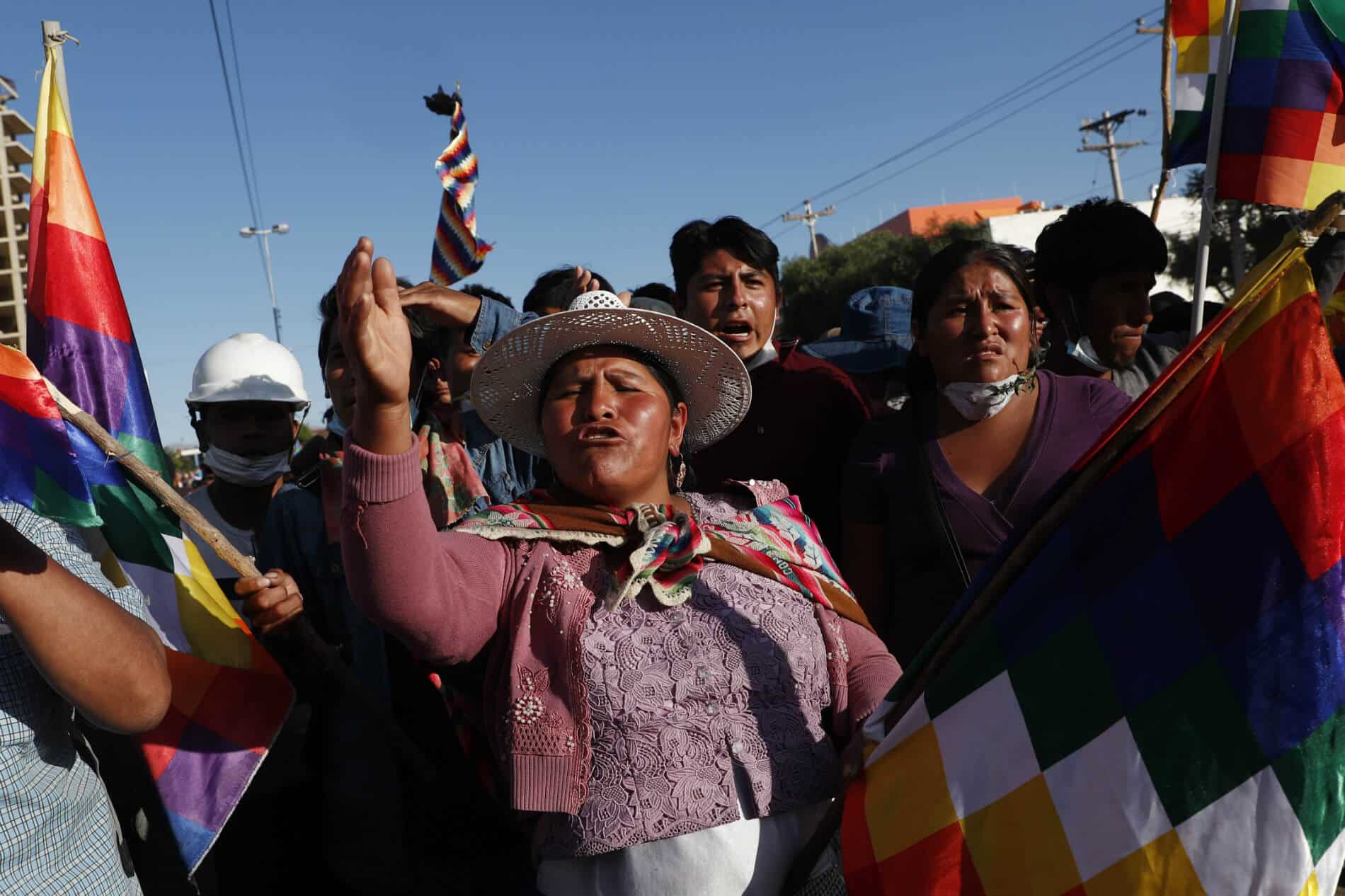 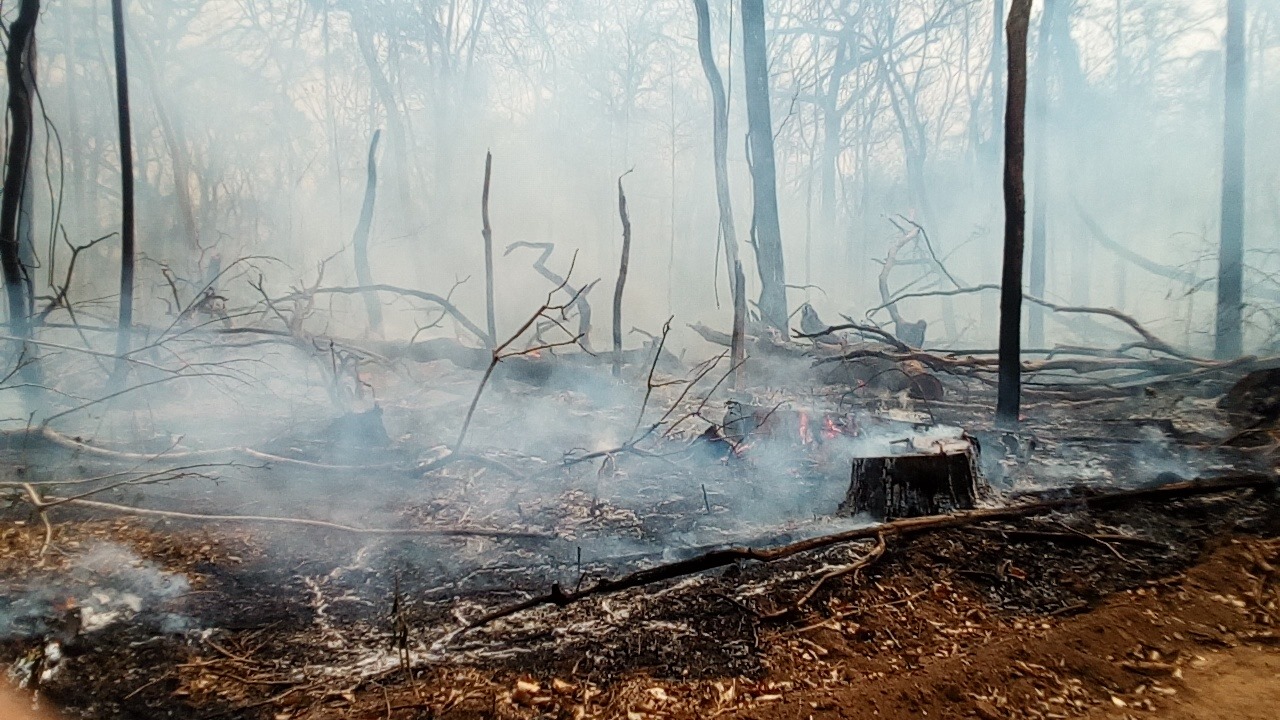 Evo Morales’ ecocide is a genocide