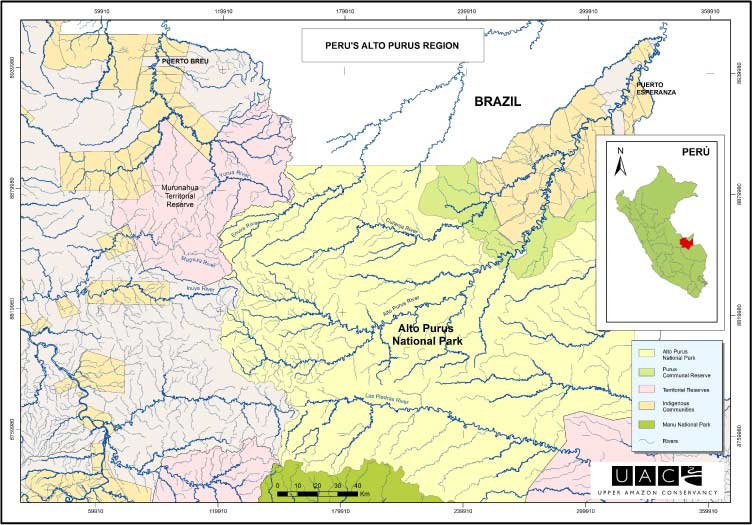 As the struggle to defend the Isiboro Sécure Indigenous Territory And National Park (TIPNIS) in Bolivia lingers on, another struggle to stop yet another controversial road has emerged–this time, in southeastern Peru.

Below, the Upper Amazon Conservancy (UAC) looks at the risks and the controversy surrounding a proposed road that would link the Alto Purús National Park and Communal Reserve with the newly-paved Interoceanic Highway in Madre de Dios.

PUERTO ESPERANZA, Perú — Local indigenous communities and their federation, FECONAPU, are fighting construction of a proposed road through the Purús region that would threaten their traditional way of life.

The proposed road would connect the Purús, the very headwaters of the Amazon and one of the world’s most remote, most intact and most culturally important natural areas, with the newly paved Interoceanic Highway in Madre de Dios. Roads in the Peruvian Amazon are well documented highways not just for people, but for exponential increases in ilicit resource extraction, from illegal mining, poaching and logging to drug trafficking. Even the best laid plans have gone astray in recent years, as the agencies charged with protecting natural resources in Peru are chronically underfunded and understaffed. These issues are well documented by local and national media and academic research.

“There are only a handful of places left in the world as biologically and culturally important as Peru’s Alto Purús,” says Upper Amazon Conservancy Director Chris Fagan. “To cut it with a road would compromise the integrity of the entire Basin and trigger the swift demise of some of the last isolated hunting and gathering tribes on earth.”

The Alto Purús region is a treasure trove of world biodiversity and home to the world’s last remaining voluntarily isolated indigenous tribes – people who have had little or no contact with the outside world. 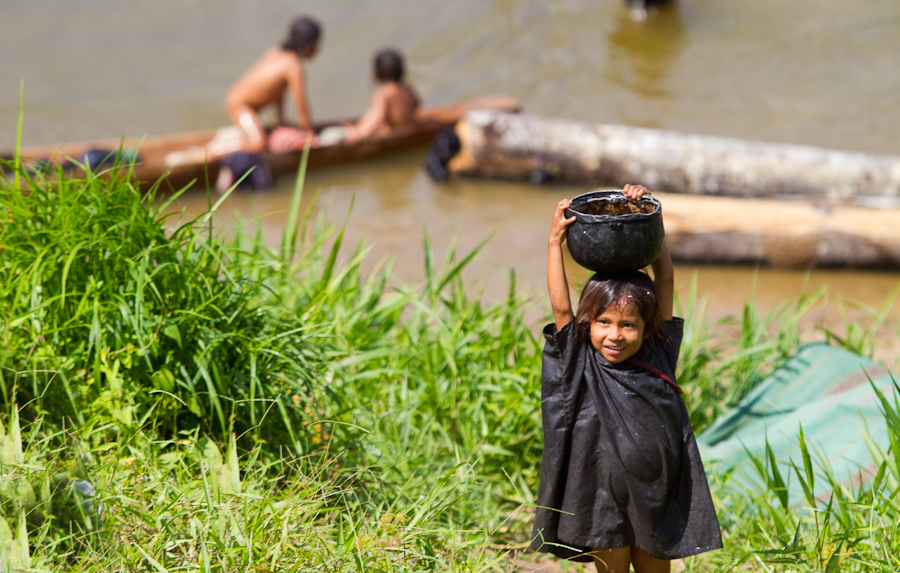 The proposed road would connect remote villages in the Purús, many of which depend on a healthy, sustainable forest for their livelihoods, with increasing pressures of illegal logging, drug trafficking and mining in distant regions. Photo UACThe road controversy first emerged as an obscure proposal with little public support by a recently-arrived Italian priest, Miguel Piovezan, shortly after the creation of the Alto Purús National Park and the Purús Communal Reserve in 2004 (see map, below.) Piovezan claimed the newly-minted parks and indigenous reserves, despite their wide support in local communities, had effectively shut off overland access to the Purús, limiting local development opportunities.

After intense political maneuvering, Piovezan succeeded in bringing his case to the legislature, which promptly shelved the project, citing a lack of public support in the region. Instead, local and national leaders drafted and approved a comprehensive ‘Action Plan for the Development of Purús‘ in 2008, calling for improved air service, intercultural, economic and social exchanges with neighboring Brazil, and thoughtful consideration of long-term alternative routes for a road.

Local indigenous group FECONAPU, together with other regional indigenous groups and local and national non-governmental groups, including ProPurús, the Upper Amazon Conservancy and others, are fighting the proposal and Piovezan’s campaign of misinformation. Despite a lack of public support for the proposed road, Piovezan has reemerged, and continues to push his road plan with the Peruvian media. 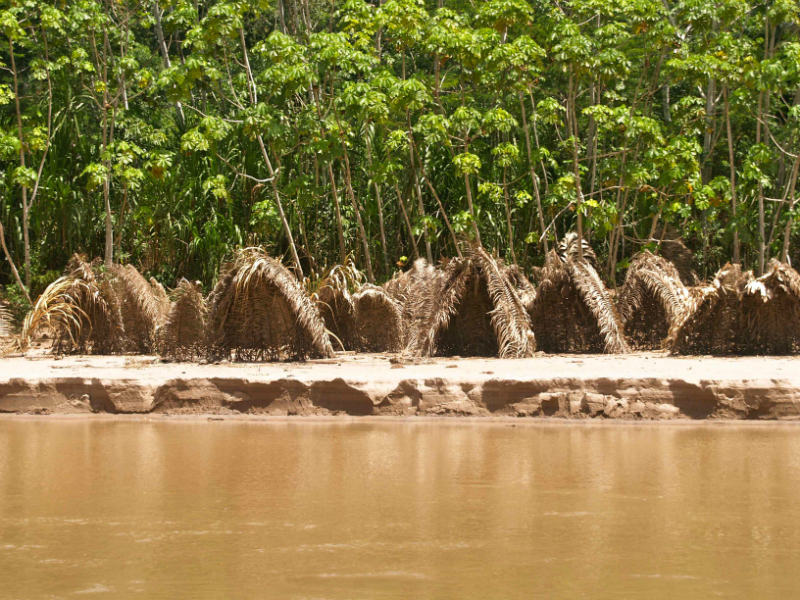 Voluntarily-isolated indigenous tribes – among the last remaining on Earth – would come under unprecedented threats were the proposed road to become reality. Photo UACThe Purús region’s population is small – just 3,500 according to the last census conducted by Peru’s Census Bureau in 2007. Nearly 80% of its inhabitants are members of indigenous groups, the majority of which have organized against the proposal. The road’s supporters, meanwhile, are largely minority mestizo settlers in the provincial capital of Puerto Esperanza, relative newcomers to the region and many former loggers who would benefit improved access and increased opportunities for resource extraction, albeit at the expense of traditonal indigenous ways of life.

The voluntarily isolated tribes of the region have no voice in the debate but would undoubtably be severely impacted by the road, which would pass directly through the Park and the Madre de Dios Territorial Reserve which is intended to protect their lands.

“We applaud the local indigenous communities and their federation, FECONAPU, for fighting to protect their sustainable, forest-based way of life by unequivocally opposing a road through their traditional lands,” says Fagan.