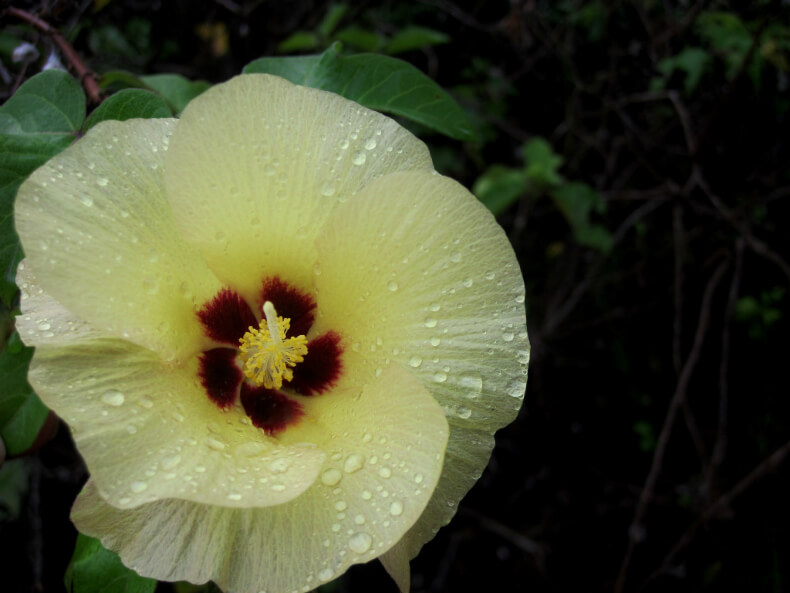 On the Rights of Nature

Reading headlines on the environment can be terrifying.

Environmental degradation is advancing around the world. The United Nations has warned that we are heading toward “major planetary catastrophe.” With this there is a growing recognition of the need for fundamental change in how we, humankind, live on planet.

More than forty years after the passage of the major federal environmental laws in the United States, including the Clean Water Act and the Clean Air Act – laws which are now mirrored around the world – the earth’s species, waterways, oceans, coral reefs, forests, and other ecosystems are rapidly declining.

These laws are premised on nature being considered property under the law, and therefore, as right-less. Much like indigenous peoples, slaves, and women have been considered right-less under the law – unable to defend their own basic rights to life and well-being – so today do environmental laws treat nature.

A movement is building to advance a different paradigm, one which is recognizing the inherent rights of nature.

Rights of nature laws have now been passed in more than three dozen communities in the United States, as well as codified in Ecuador’s Constitution. These laws recognize the inalienable rights of nature – or Pacha Mama as is stated in Article 71 of the Ecuador Constitution – to exist, thrive, evolve, and be restored. These laws transform nature from being property under the law to being rights-bearing.

While the passage of laws recognizing the rights of nature is new – the first laws in the world were first established within the past decade or so – the idea of nature having rights is not new.

Many have said that the recognition of legal rights of nature is a codification of indigenous culture into law, thus reaching back thousands of years of human history. More recently, though still more than a century ago, environmentalist John Muir wrote that we must respect “the rights of all the rest of creation.” In 2015, Pope Francis called for a new era of environmental protection, stating in a speech before the United Nations, “A true ‘right of the environment’ does exist…”

Much of the more modern day discussion heralds back to Professor Christopher Stone’s 1972 law review article titled “Should Trees Have Standing – Toward Legal Rights for Natural Objects” in which he considered why we might want, and what it might mean, to recognize legal rights of nature.

Stone described how under the existing structure of law, nature was considered “right-less” having no legally recognized rights to defend and enforce. Thus, nature – much like slaves once were – was treated by the law as a thing, as property, existing for the use of its owner.

Moving from the idea of rights of nature to the codification of those rights in law first occurred in Tamaqua Borough in Schuylkill County, Pennsylvania, in 2006. Now communities in a number of states have such laws in place, the largest being Pittsburgh, where the City Council unanimously passed the rights of nature law in 2010. These laws recognize that ecosystems and natural communities have the legal right to exist and flourish, and that residents and their government have the authority to enforce and defend those rights.

There are several cases now in the United States, in which oil and gas companies are challenging laws recognizing the rights of nature. The companies , Pennsylvania General Energy and Seneca Resources, are claiming that these laws – which prohibit fracking related activities as a violation of the rights of nature – violate their corporate constitutional rights. The Community Environmental Legal Defense Fund (for which the author works) is representing ecosystems that are seeking to intervene in the cases to defend their own rights.

In Ecuador, we are also beginning to see the impact of these laws, as indigenous and non-indigenous peoples, communities, and public interest organizations seek to enforce and defend the rights of nature in the face of numerous threats from governmental and corporate actors.

In a 2015 decision related to illegal shrimp farming, the Constitutional Court of Ecuador explained that enshrining the rights of nature in the country’s constitution establishes a “biocentric vision in which nature is prioritized, as opposed to the classical anthropocentric conception in which the human being is the center and measure of all things, whereas nature was considered a mere provider of means.”

The Court explained that under Ecuador’s Constitution, nature is now a holder of rights, and that government and the people have a responsibility to uphold and protect those rights. This comes with the recognition that until and unless we establish a harmonious relationship with nature – much different than humankind’s relationship with the natural world today – we will continue to see the decline of ecosystems and species, the very fabric of life.

As communities in the United States advance the rights of nature, and in Ecuador people seek to defend the constitutional rights of nature, peoples in other parts of the world are advancing such rights as well.

In India, for example, the National Ganga River Rights Act is being advanced for consideration by the national Parliament. Half a billion people depend on the river, yet it is an ecosystem in severe decline. The Act would establish rights of the river to exist and flourish, and the right of people of India to water and a healthy, thriving river ecosystem.

In Nepal, a rights of nature constitutional amendment is being considered to address climate change. As one of the world’s most mountainous nations, Nepal is facing the melting of the Himalayan glaciers, which people, species, and ecosystems throughout the country depend on for water. As a Sherpa explained to me, with the melting of ice and snow, “The mountains are turning black.”

The Ho-Chunk Nation in Wisconsin is the first tribal nation in the United States to advance an amendment to their tribal constitution to recognize the rights of nature. In September 2016, the Ho-Chunk General Council voted overwhelmingly in support of the proposed amendment. A vote of the full membership is expected later this year.

The preamble to the proposed Ho-Chunk constitution amendment reads:

Whereas, in the tradition of the Nation’s relationship with Mother Earth, from which we came and upon which we depend…we recognize that to protect Mother Earth, we must place the highest protections on nature, through the recognition of rights in the Nation’s highest law, our Constitution…

As Bill Greendeer of the Ho-Chunk Nation explained, “Passig the Rights of Nature amendment will help us protect our land.”

Mari Margil is the Associate Director of the Community Environmental Legal Defense Fund.