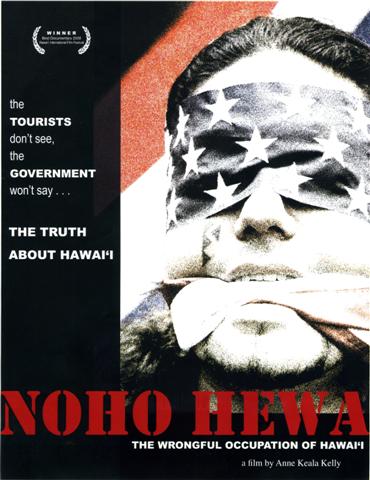 Millions of tourists flock to Hawai’i each and every year, to spend a few short days basking in the sunlight, living the dream that the Hawaii Tourism Authority (HTA) so proudly describes on their website: “The People of Hawaii would like to share their Islands with you. The warm, tranquil waters refresh you. The breathtaking, natural beauty renews you. Look around. There’s no place on earth like Hawaii… We warmly invite you to explore our islands and discover your ideal travel experience.”

Most of those Tourists never get to hear the true story of Hawai’i–and the truth is, they probably wouldn’t want to hear it if they were given the chance, because it could blemish their “perfect” holiday.

It’s a story that most be told just the same: The island’s Indigenous Peoples are been systematically erased by the US government.

It’s happening even now, a cold 117 years after the island’s Traditional authority was overthrown by the government. Tourism and real estate speculation is a big part of it. Sacred sites are being destroyed all the time. But, as heart-wrenching as it is, it pales in comparison to the island’s ongoing militarization.

A few facts for your consideration:

There’s so much more to this story–and so few ways for us to hear it.

The award-winning film Noho Hewa: The Wrongful Occupation of Hawai’i is a good place to start. This independent documentary provides a contemporary look at Hawaiian people, politics and resistance to their systematic erasure. It is a raw, unscripted story that makes critical links between seemingly unrelated industries, and is told from the perspective of Hawaiians.

You can buy a personal copy of the film for $50.00 at http://www.nohohewa.com/. You can also rent it for $3.99 through itunes by downloading the “Hawaii Filmmakers App”.