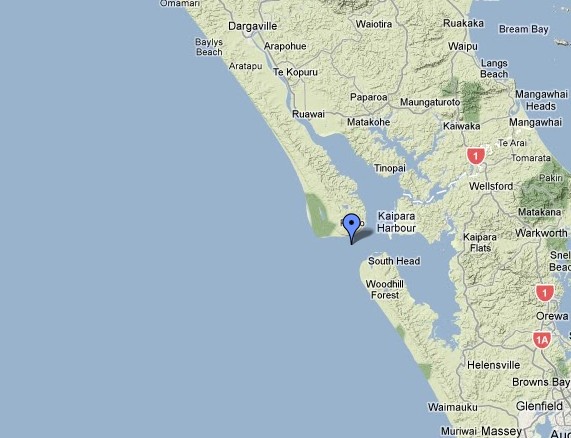 Kaipara guardians are getting ready to place a cultural ban against a new tidal energy power project at the mouth of the Kaipara Harbour in northern New Zealand.

This past February, the NZ power company Crest Energy got the OK to install 200 tide-driven turbines along the seabed at the mouth of the harbour. The openhydro-style power plant would be the first of its kind in New Zealand and the largest in the world.

However, Te Uri o Hau hapu of Ngati Whatua, which has a kaitiakitanga (guardianship) role in Kaipara harbour, explains the Northern Advocate, is deeply concerned about the possible impacts of the project, from the massive turbines to the power-line that would be buried along the sea floor.

The survival of the snapper is a particular concern. Historical over-fishing has reduced the snapper’s population to a mere 8% of its original stock. According to the Northland Regional Council, commercial catch quotas for the snapper were recently cut back to protect the species and give them a chance to recover.

Just 2 years ago, scientists from the National Institute of Water & Atmospheric Research (NIWA) discovered that some 98% of all west coast snapper come from nurseries in the Harbour.

Once the the Traditional ban–known in the Maori language as “aukati”–has been imposed, Crest Energy and its contractors will be prohibited from entering an area about 7km long and 2km wide.

“The aukati is only for a particular group and that’s what makes this type of rahui unique. It’s only for Crest Energy. It’s not going to prevent people from coming out there and fishing in the graveyard area because that’s the last fishing ground in the Kaipara where you can catch big fish,” he said.

Elsewhere, Miru said the ban is protected by legislation, under section 6(e) of the Resource Management Act 1991, “where it acknowledges the relationship of Maori and their culture and traditions with ancestral lands, water, sites, wahi tapu and other taonga should be recognized” notes freelance journalist Suzan Phillips.

The company, on the other hand, dismisses the ban, alleging that it has the lawful right to proceed with the project. It is planning to install the first three turbines as previously scheduled.

The Maori aren’t taking the situation lightly. According to Miru, once the aukati has been imposed a flotilla is going to show up in the harbour to chase away any Crest Energy boats.