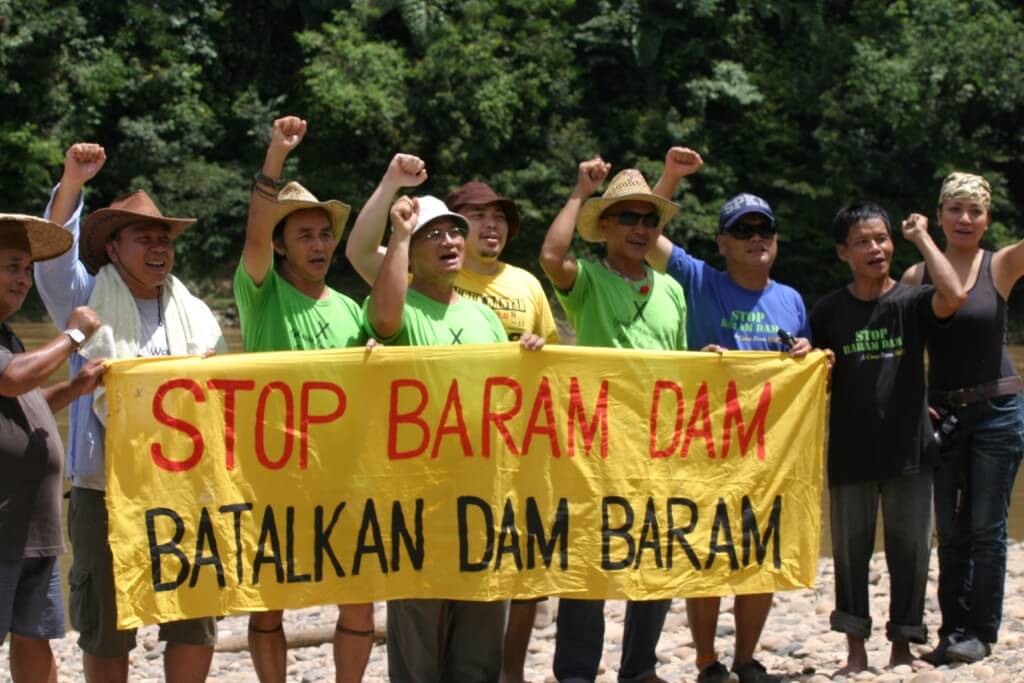 After over two years of struggle and resistance, at the end of 2015 Indigenous groups in Sarawak, Malaysia, celebrated a major victory in their campaign to stop construction of the controversial Baram Hydro Dam.

The Chief Minister conceded that mass opposition to the dam by local people had forced his hand, but warned dam opponents that they had made a mistake in rejecting the project, commenting.

“If you don’t want the dam, fine. We will respect your decision… One day, you will find that not building the dam has given some disadvantage and as a result of this, you suffer. That is in your own hand. It is your decision (sic).”

“While the people of Baram welcome the announcement by the chief minister that the proposed Baram Dam is ‘on hold until further notice’, the majority of them still demand a total stop of the project. The resistance to the dam is indisputable.”

The development of the dam was being led by Sarawak Government-owned company Sarawak Energy Berhad (SEB), which also controls the production and distribution of electricity within the state.

One of twelve large hydro dams planned for Sarawak, the construction of the Baram dam would flood 338 square kilometres of land, 90% of which is rightfully the customary ancestral land of local Kenyah, Kayan and Penan Indigenous communities. If completed it would displace 20,000 people from more than 26 villages. 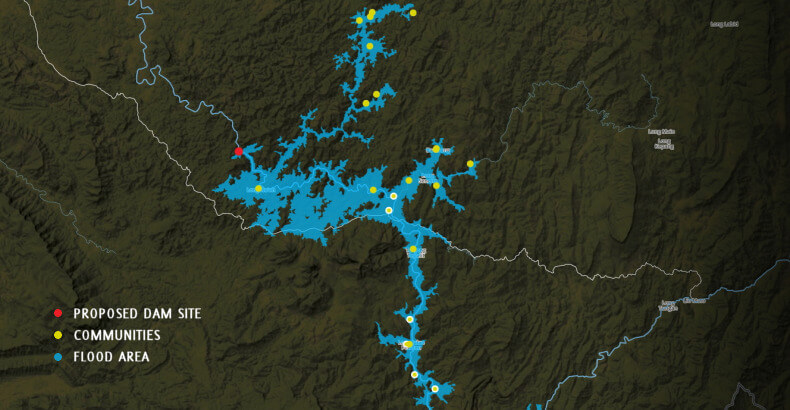 Plans to build the dam have been the subject of a strong and sustained resistance from local Indigenous Peoples who formed the Baram Protection Action Committee, an alliance that campaigned tirelessly to stop the project, and that successfully prevented it from reaching the construction stage.

The Sarawak Government’s determination to force the project through, despite this local opposition, means the project has been dogged by controversy.

In order to smooth the way for the Baram Dam’s construction, the Sarawak Government and SEB took steps to conceal the potential impacts of the project, refusing to release a 2015 social and environmental impact assessment (SEIA) that includes records from meetings with local communities and household surveys.

NGO International Rivers, which supports groups opposing the dam, reports that communities where SEIA interviews and meetings took place say they have not given consent for the project to proceed. Some members of these communities also reported expelling SEB’s consultants from their homes or refusing to fill out household surveys.

The Sarawak Government has also attempted to clear the way for construction of the dam by more forceful means.

In August 2013, the government began a process to extinguish the land rights of Indigenous Peoples living near the dam-site; an act that violated Malaysia’s national constitution.

The move sparked a number of court cases involving dispossessed families seeking the return of their land rights, as well as international outcry and protests by local peoples. These protests came to a head in October 2013 when local community members established two blockades, one on an illegally state-built access road and one at the dam site itself, to prevent logging and construction from going ahead.

These blockades have since developed into permanent ‘observatories’ at which rotating teams of community members constantly monitor activity at the sites. At the time of writing, the two observatories have been in place and active for 813 days.

Despite the official suspension of the Baram Dam project and Chief Minister Adenan’s request for an end to the blockades, local peoples show no sign of dismantling them.

“The observatories around the access roads remain firmly in place, the legal battles to assert land rights around Baram continue, and international advocacy efforts to heighten the pressure on project proponents to withdraw are ongoing,” states International Rivers.

Local groups and their allies fear that until their lands are returned they remain vulnerable to a U-turn by the powers that be, who see the dam as key strategic importance for the wider development of Sarawak and Malaysia.

The planned Baram Dam forms part of a larger industrial development project known as the Sarawak Corridor of Renewable Energy (SCORE), in which both Sarawak’s Governor Taib Mahmud and Chief Minister Adenan are alleged to have considerable interest and investment as owners of various construction enterprises.

If fully realized, the SCORE initiative would see the construction of twelve large hydro dams in Sarawak, with a capacity of 28,000MW, and the exploitation of non-renewable energy sources including reserves of natural gas and 1.46 billion tonnes of coal.

The power generated by SCORE’s complete energy nexus would be used to fuel the industrial development of 70,709sq km of Sarawak’s central region. The Sarawak Government is using this prospect to attract significant Foreign Direct Investment (FDI) in an attempt to achieve the Malaysian Government’s vision of Sarawak as a ‘developed state’ by 2020.

According to the Sarawak Manufacturers Association, priority industries that will be offered ‘attractive rates on energy’, generated in part by hydro dams, by the state government include the oil, palm oil, timber and steel industries.

But despite SCORE’s lofty industrial ambitions, reports surfacing from within Malaysia suggest that demand for energy may be falling well below supply at present, raising questions about the basic need for more power.

A document leaked in 2008 intimated that the Sarawak Government was forging ahead with its plan to build hydro dams despite lacking a market for the electricity they would produce.

In January 2014 these reports were substantiated by the news that the Bakun Dam, which flooded an area of Indigenous land the size of Singapore and displaced 10,000 Kenyah and Kayan Peoples in 2011, had been running at half its optimal generating capacity due to lack of demand for the energy it produced.

Sarawak’s administration seems to be disregarding these difficulties. In the wake of the suspension of the Baram Dam project, Chief Minister Adenan said that his government would react by focusing on construction of another dam, known as Baleh, in the upper reaches of the Rajang River.

Local groups and international allies alike have decried the reckless construction of what they see as unneeded hydro dams. They have also denounced plans to use these dams to power and greenwash an initiative (SCORE) that is opening Sarawak’s doors to some of the world’s most destructive and polluting industries.

In October 2015, Indigenous Peoples from around the world met on the banks of the Baram River for the World Indigenous Summit on Environment and Rivers, and to mark the two-year anniversary of the blockades that have prevented the Baram Dam from being built.

Together they articulated why mega dams are not a means to development and prosperity, laying bare their negative effects on climate, Indigenous Peoples and their territories.

“Dams have caused immense pain and suffering through the irreversible loss of socio-biodiversity, loss of human and other forms of life, loss of ancestral land, loss of culture and tradition, loss of knowledge, loss of unique habitats and ecosystems, loss of livelihoods, and loss of heritage. The compounded impacts of dams result in multi-generational psychological and emotional trauma for upstream and downstream communities,” they stated.

The people of Baram’s campaign to popularize these facts, win back their lands and achieve a final victory over the Baram Dam continues.