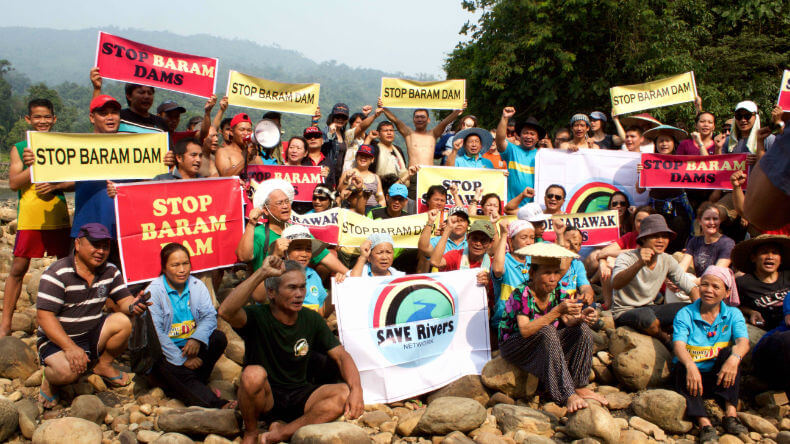 WISER Participants and people from Baram standing in solidarity at the Baram River
Support our journalism. Become a Patron!

SAVE Rivers, JOAS, The Borneo Project, BMF and BRIMAS

Indigenous resistance against the proposed Baram Dam receives international support for the celebration of the second year anniversary of the Baram Dam blockades: indigenous anti-dam activists from many parts of the world adopt declaration at the banks of the Baram River in Sarawak, Malaysia.

(BARAM / SARAWAK / MALAYSIA) On October 23rd 2015, indigenous communities from around the world gathered on the banks of the Baram River in Sarawak, Malaysia in the context of the second year anniversary of the indigenous-led blockades against the proposed Baram Dam. Two years ago indigenous communities set up two blockades and chased workers and researchers from the site. The works on the dam have come to a standstill and last month the government of Sarawak announced a moratorium.

Indigenous anti-dam activists from Indonesia, the Philippines, Cambodia, Brazil, the US, Honduras, and from around Malaysia united at the blockades to stand in solidarity with the resistance against the Baram Dam and to strengthen ties between their communities. The week-long event is called the World Indigenous Summit on Environment and Rivers, WISER Baram 2015, and was hosted by the grassroots network SAVE Rivers. 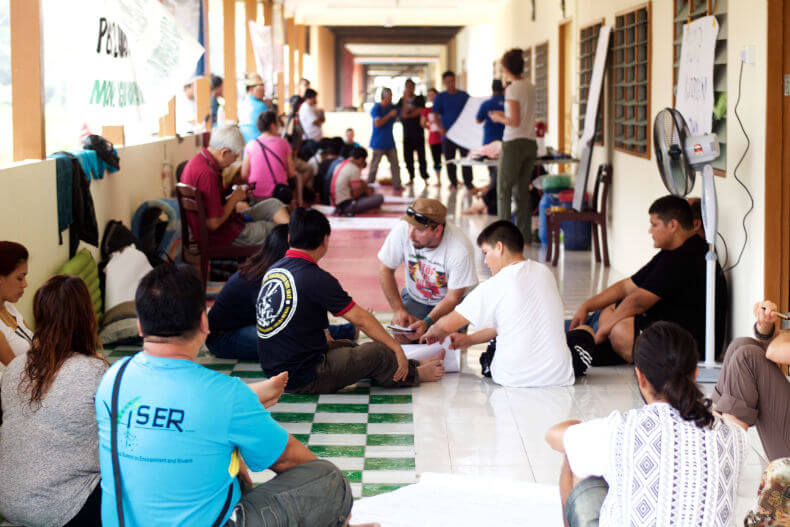 During celebrations at the two blockades, the proposed dam site, as well as at a conference in the town of Miri, the participants were united by the similarities between their struggles. “I have gained a lot of experience from all of the delegates. And with such information, I am confident enough such experiences will be fundamental to us – the Baram People – and our strategies to continue to fight and stop the proposed Baram Dam,” said James Nyurang, who hosted the delegates at his village.

According to Berta Cáceres, 2015 Goldman Prize winner from Honduras, “this summit on indigenous peoples and rivers has a special value in that its actions give strength to the historic resistance of our peoples and makes visible the grave aggressions and conflict generated by the privatization of rivers and the construction of dams within Indigenous communities and regions.” 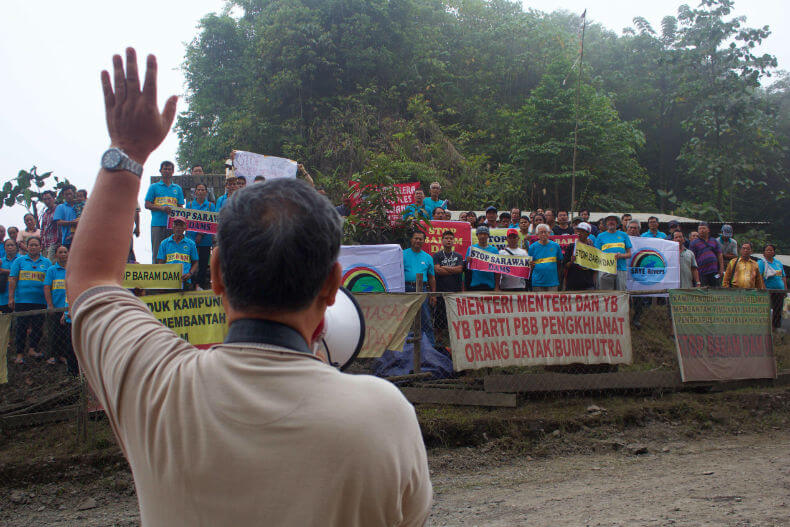 Peter Kallang, Chairman of SAVE Rivers, rallies the crowd at the blockade at Kilometer 15

The declaration also calls on governments and institutions to stop presenting dams as climate neutral, and recognize that dams emit large amounts of greenhouse gases, including methane.

Participants in the summit collectively produced a declaration that acknowledges the widespread suffering and destruction caused by dams, and stresses the importance of obtaining Free, Prior, and Informed Consent from communities impacted by dam building. It urges all stakeholders to act in full accountability, transparency, and compliance of all human rights principals and values.

The indigenous defense of the Baram river stands united with other communities’ struggles for land, livelihood, spirituality, identity, and community cohesion. 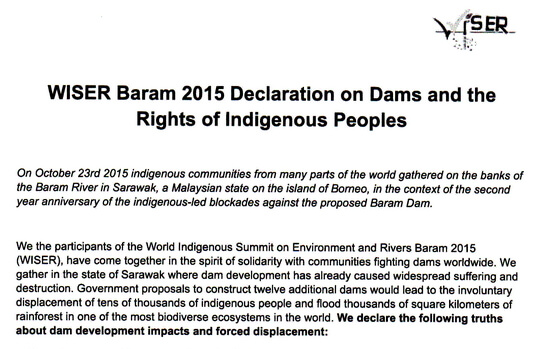