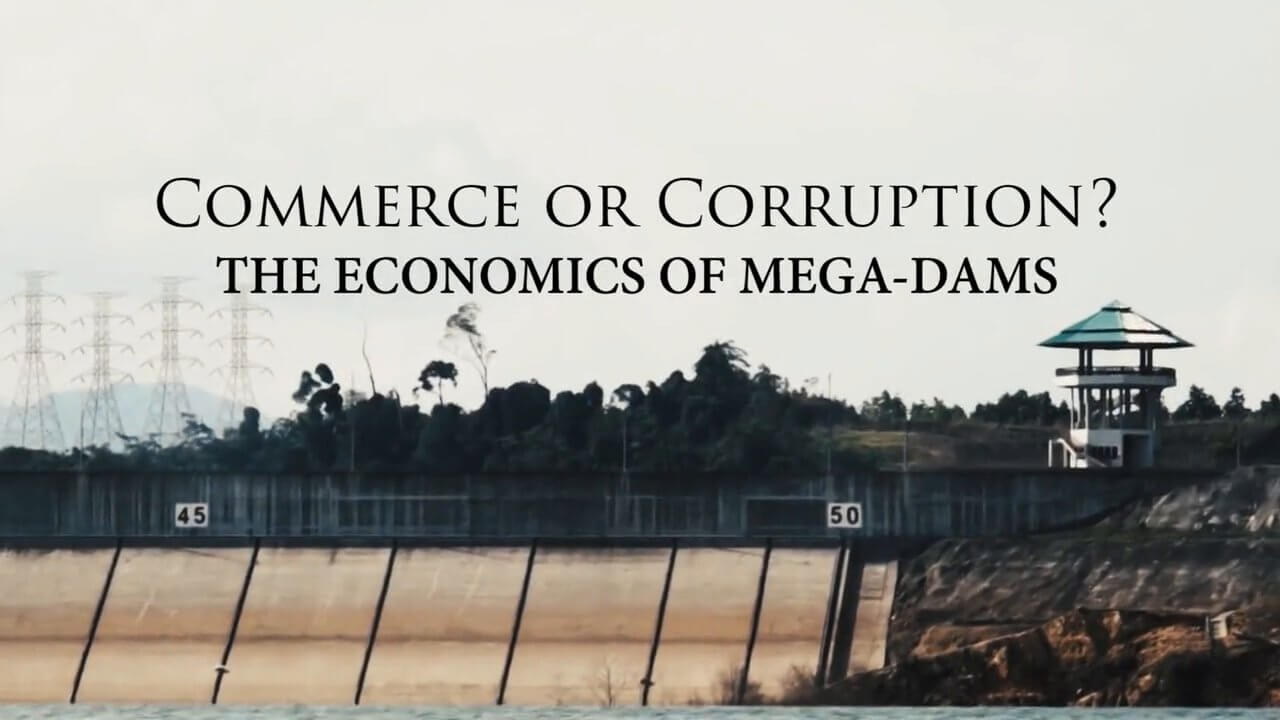 The economics of mega-dams
Support our journalism. Become a Patron!

US-based NGO The Borneo Project presents Commerce or Corruption? The economics of mega-dams. The film is the second in a series of short documentaries exposing the dark realities of proposed mega-dam construction in the state of Sarawak in Malaysian Borneo. If built, these dams will force tens of thousands of indigenous people people from their land, drive untold numbers of species to extinction, pollute rivers — the lifelines of the jungle — and produce more greenhouse gas emissions per megawatt of energy than a coal-fired power plant.

“Commerce or Corruption” features interviews with industry experts, researchers, NGOs and indigenous peoples. It highlights the risks associated with investing in mega-dam construction in the state, and also offers alternative energy options that are both environmentally sustainable and community-friendly.

The government of Sarawak has already built two out of the twelve proposed dams, but local resistance has stalled progress on the next dams scheduled to flood the forest. Since October 2013, indigenous communities have prevented construction of the Baram mega-dam, which would forcefully displace thousands of families. Commerce or Corruption? is released on the 555th day of the Baram Dam blockades.

If completed, the Baram Dam will inundate 26 villages and displace 6,000 to 20,000 people. The blockades are maintained by indigenous Kenyah, Kayan, and Penan people and demonstrate the tremendous local opposition to dam development.

Despite the massive damage that these dams would inflict on local communities and the environment, the benefits of construction remain unclear. Construction would also be very expensive, and research shows that mega-projects like these tend not to benefit the economy.

The Borneo Project will release Broken Promises, the third film in the series in July, Broken Promises will highlight the devastating impacts of forced relocation on indigenous communities.