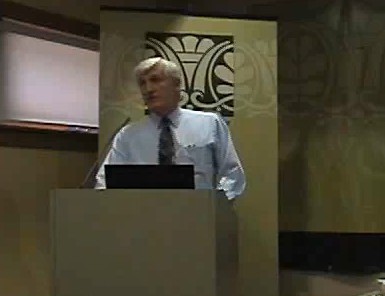 Indigenous Peoples Rights in the Americas

Robert Coulter talks about the State of Indigenous Peoples Rights in the Americas and recent developments in Human Rights and International Law.

Robert Coulter is a member of the Potawatomi Nation and Executive Director of the Indian Law Resource Center (ILRC).

On March 29, 2010, Coulter, who also founded the ILRC in 1978, spoke for approximately 1 hour 30 minutes on the topic of “Indigenous Rights in the Americas and recent developments in Human Rights” at the Baldy Center for Law and Social Policy in New York.

In his presentation, Coulter examines some of the recent historic developments of indigenous rights, including the UN General Assembly’s adoption of the United Nations Declaration on the Rights of Indigenous Peoples on September 13, 2007; and the similar Proposed American Declaration on the Rights of Indigenous Populations. He also discusses some of the key Rights acknowledged in these two documents.

You may also want to watch: