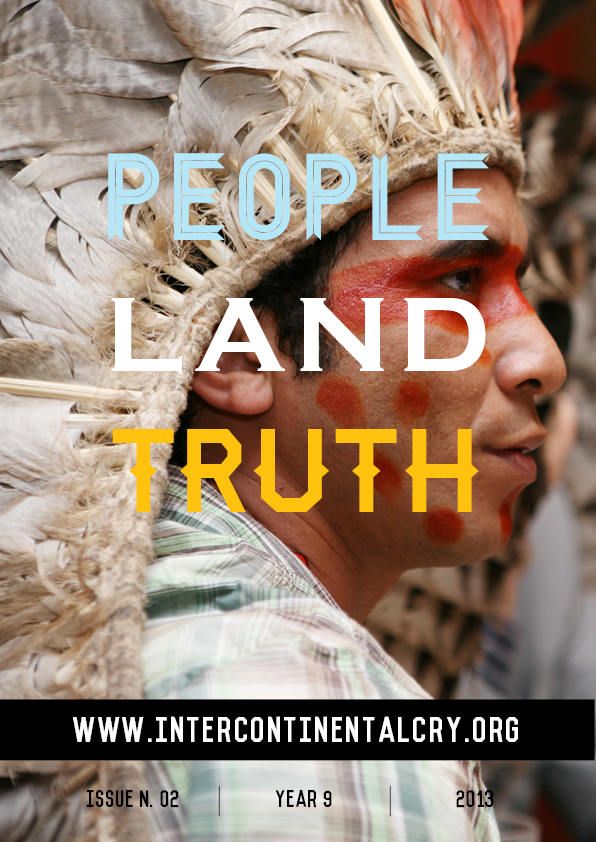 Mainstream media, when it mentions conflicts between Indigenous nations and modern states, portrays these conflicts as challenges to be resolved by assimilating Indigenous cultures into market systems. Extinguishing tribal sovereignty, annihilating tribal resources, coercing tribal leaders, and implementing the final solution; this is the corporate agenda mainstream media supports.

When these conflicts cannot be ignored, mainstream media looks for compromised NGOs to speak for Indigenous Peoples, thereby marginalizing Indigenous intellectuals, diplomats, and governing authorities—A mass communications tactic examined by IC under the concept of Netwar, a topic IC has adeptly exposed. While mainstream media informs, it does not make information comprehensible; IC is here to make the news understandable.

Information is the facts that matter; knowledge is information in a framework.
Intelligence is information analyzed for its value to develop plans for action.
Netwars are fought and won by comprehensive understanding.
—Communications in Conflict, IC Magazine

As an avant-garde forum supporting the Indigenous Peoples Movement, IC Magazine is setting the terms for thought leaders in academia and media, that consumers of mass communication turn to to interpret what is happening in the conflicts between tribes, institutions, markets and networks. ICs framework is the cutting edge analysis that progressive leaders use to inform, educate and inspire. A sampling of ICs accomplishments in 2013 helps to illustrate what I mean:

Fall 2013
IC offers groundbreaking analysis of the Wall Street v. Coast Salish conflict over the export of fossil fuels on the Salish Sea

Here are some examples of cutting edge analysis that I was involved with at IC:

Mainstream media won’t touch these topics, which is why it seems incoherent in its reporting on Indigenous Peoples. What it leaves out is essential to knowledge that allows readers to form their own judgment, rather than consume corporate distortions and state propaganda.

What most newscasters and their listeners have difficulty grasping is the historical context of the Indigenous liberation movement. Taking their cue from state-centric institutions like the UN, newscasters inevitably get it wrong.
—People Land Truth 2013, IC Magazine

IC is committed to producing cutting edge publications such as CIC and PLT. With the support of our loyal readers, we can continue this vital work in the months ahead. Support IC Magazine today!