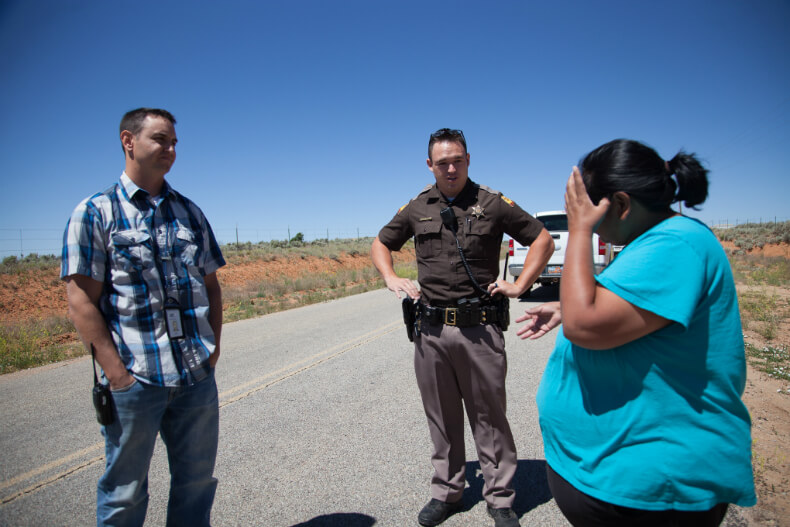 Butting Heads at the Great Divide: Uranium Mining in the Grand Canyon

In Part One of Grand Canyon Futures, Intercontinental Cry’s Garet Bleir looks at some of the key issues he uncovered during his investigation into the Canyon uranium mine owned by Toronto-based mining company, Energy Fuels.

Just a few months ago, millions of gallons of water fell into the depths of the Canyon Mine. Suddenly, this once-clean water contained dangerously high levels of uranium and arsenic, according to the United States Geological Survey (USGS). Most of the contaminated water was hauled offsite in trucks or otherwise evaporated into an already water-starved climate.

Shortly before the incident, Energy Fuels (EFR) was drilling its mine shaft when it breached the Coconino Perched Aquifer below.

Fred Tillman, who oversees the Canyon Mine as a head hydrologist at the USGS, told IC that the company tried to separate the contaminated water from the clean drinking water. However, this effort came to an abrupt halt when its hauling bucket dropped into the shaft and crashed through the separation system.

At first, the water pouring in from the Coconino Aquifer contained just minor amounts of trace elements including uranium; but that soon changed.

Directly below the Cococino Perched Aquifer lies a much larger groundwater source known as the Redwall Muav Aquifer. The Redwall Muav feeds into several seeps and springs that support the Grand Canyon’s delicate ecosystem. It is also the Havasuapai Tribe’s main source of water. 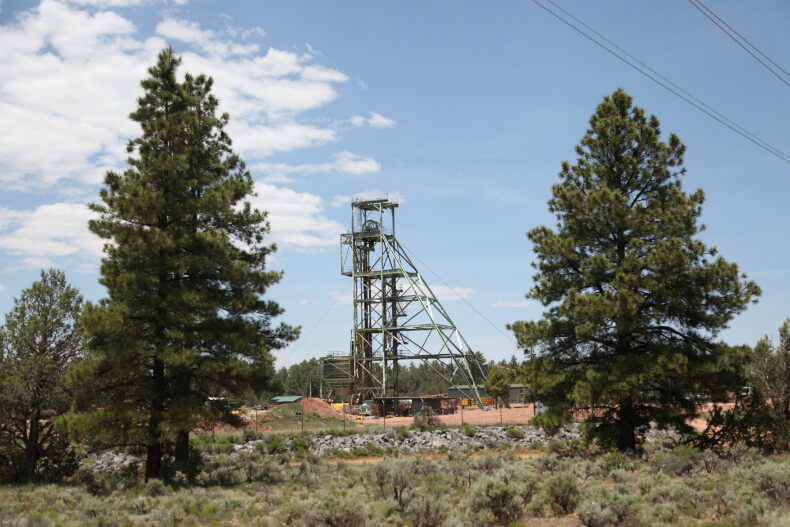 Located in the background, you can see the headframe of the Canyon uranium mine. The headframe is located directly about the the Cococino Perched Aquifer and the Redwall Muav Aquifer. Photo: Garet Bleir

No one knows if the Redwall Muav has been contaminated as a result of this recent string of events. When IC visited the Canyon mine last month, the USGS was still in the process of testing the water’s safety.

Whether or not there is any uranium in the Redwall Muav, the Havasupai now face with a daunting future. At any moment and likely without warning their water may become too toxic to drink.

“Arizona calls itself the Grand Canyon State. But what are they doing about the Grand Canyon? They are allowing this to happen,” Havasupai Chairman Rex Tilousi told IC. “Water is going to be just as valuable as gold in the future.”

When the Havasupai first heard that the Canyon Mine was being developed in the late 1970s on the site of Red Butte, it wasn’t the company who told them. Someone working in the nearby city of Tusayan noticed the development and asked the tribe if they knew the land they held sacred was being actively desecrated. 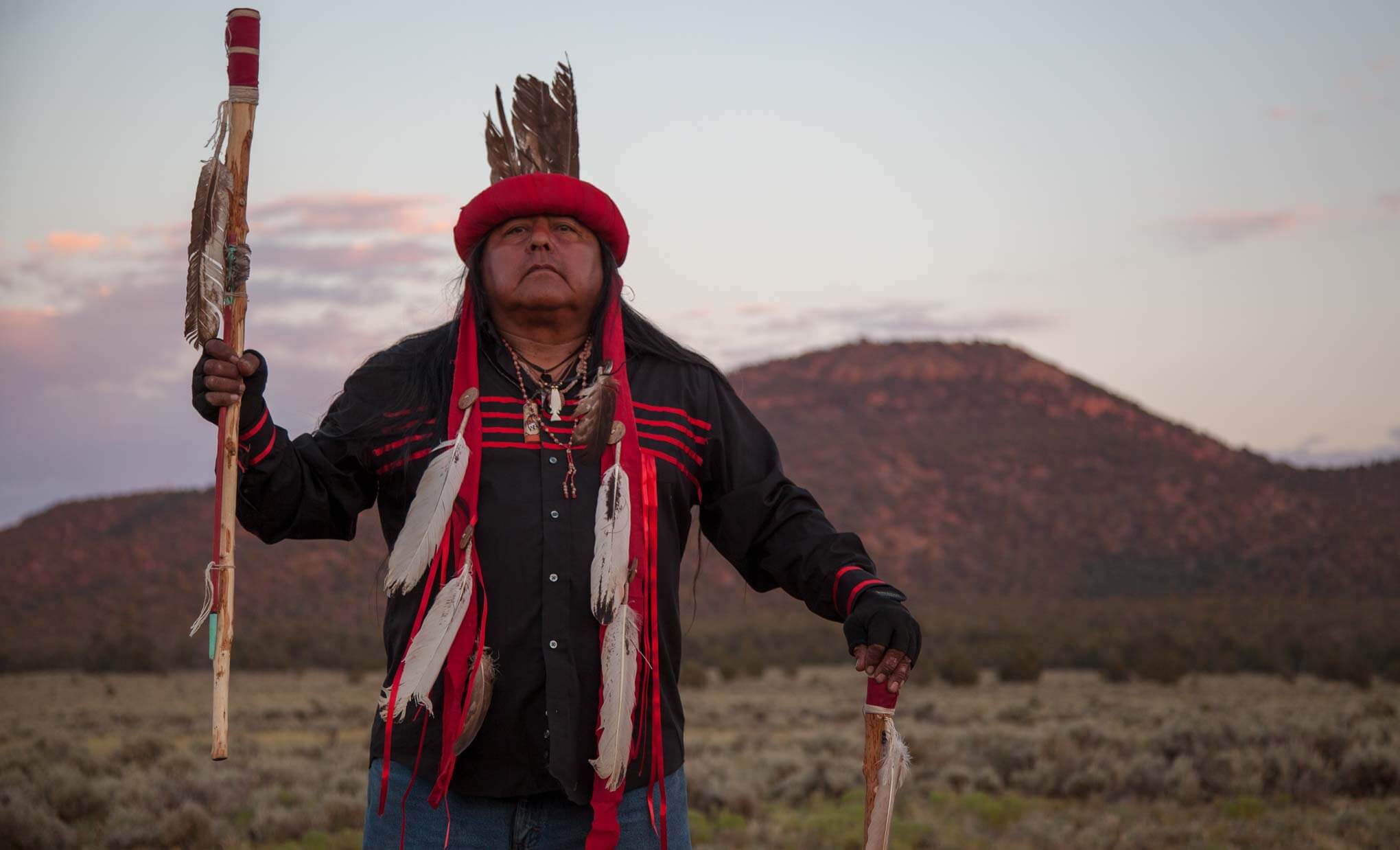 “Without letting us know, Energy Fuels had already scraped the ground, the sage, and underneath the dust they found ancient grinding stones, baskets, the pottery work our people traded with other tribes, and even bones,” Tilousi said. “They had scraped everything away getting that place ready for mining.”

The Havasupai voiced their concerns, but their words fell on deaf ears. The Arizona Department of Environmental Quality (ADEQ) issued the company’s water permits and the United States Forest Service (USFS) gave the mining operation a green light. However, these government agencies did so without knowing the full impact of the mine. They also failed to take precautionary measures to ensure that the aquifer would not be adversely affected.

According to a joint lawsuit filed by the Havasupai, the Grand Canyon Trust, the Center for Biological Diversity and the Sierra Club, the USFS made two critical mistakes when it approved the Canyon mine. According to the plaintiffs, the Forest Service did not require Energy Fuels to update its “outdated” Environmental Review or carry out formal consultations with the Havasupai before issuing the permit.

Beyond the mine’s fences 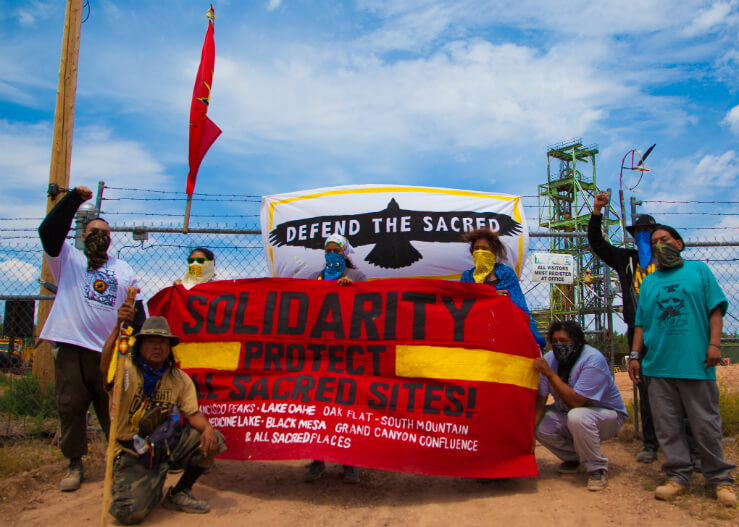 Representatives from the Havasupai Tribe, Haul No!, Center for Biological Diversity, Sierra Club, and Grand Canyon Trust, gathered at the gates of the Canyon Mine. Photo: Garet Bleir.

Soon after we arrived in Arizona, Haul No!, an indigenous-led action and education group, held an eye-opening two-week-long tour that took us far beyond the Canyon mine’s fences.

We followed Haul No! as the group traveled 300 miles from the city of Bluff, Utah, to the sacred site of Red Butte in time for the Havasupai’s four-day prayer gathering–an event that hasn’t been held in over ten years.

IC had the opportunity to speak to many people from affected communities along the way. We documented protests, police confrontations, educational demonstrations, community discussions, community council meetings, and more.

Klee Benally is a volunteer with Haul No! and member of the Navajo Nation. He told us, “Two of my uncles worked at Canyon Mine back in the 80s. They helped lay concrete and build the headframe for the uranium mining shaft. Today I feel a great sense of responsibility to rectify their transgressions.” 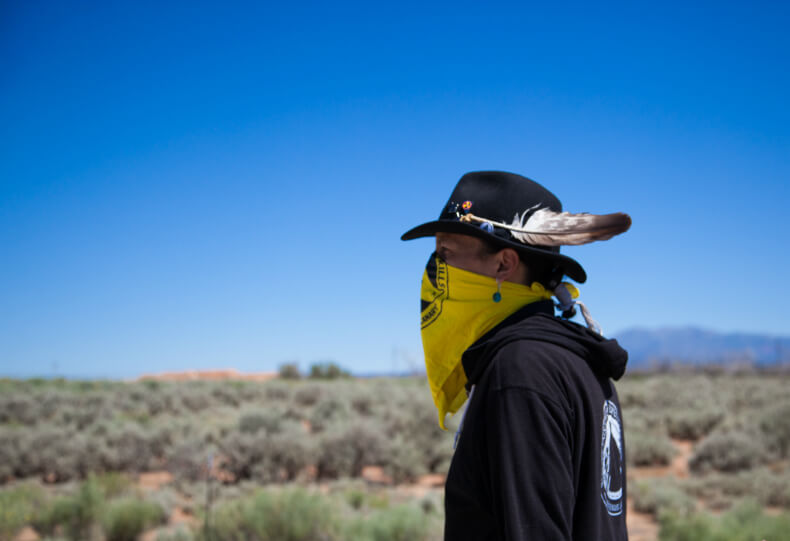 Klee Benally walks through the gates of the White Mesa Mill to hold a demonstration. Photo: Garet Bleir.

During the Havasupai’s prayer gathering, members from the Havasupai Tribe, Navajo Nation, and Haul No! took their message to the gates of the Canyon Mine.

“Energy Fuels has announced that they could start transporting uranium ore this summer,” said Sarana Riggs, the Native America Volunteer Coordinator at the Grand Canyon Trust. “We could be facing 12 trucks per day carrying 30 tons each of high-level radioactive ore [that is] not required to be thoroughly labelled and covered only with tarps.”

EFR is planning to send that ore to the White Mesa Mill in Blanding, Utah.

The White Mesa Mill is the only fully-licensed conventional uranium mill operating in the United States and it has a checkered past. The mill is built on the sacred ancestral lands of the Ute Mountain Ute Tribe, in a region that hosts hundreds of significant cultural sites including burial sites, kivas, and artifacts. During the mill’s construction, a number of these cultural sites were demolished without the Ute Mountain Ute’s consent.

Energy Fuels has subjected the tribe to environmentally-racist practices ever since. 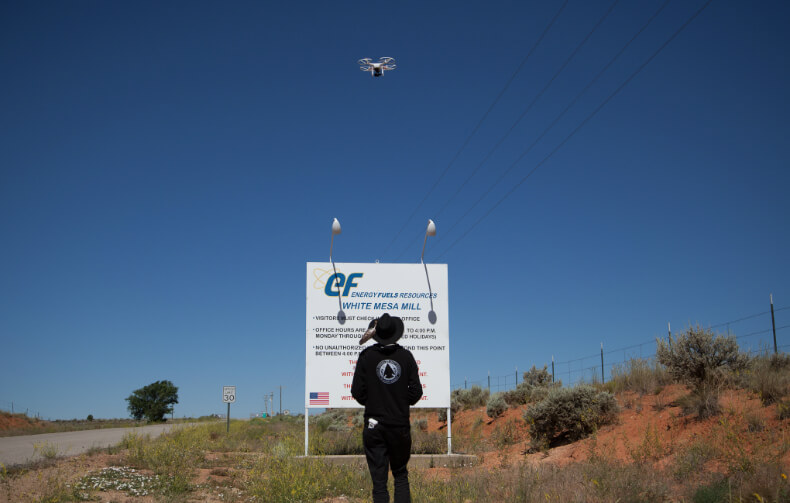 In more recent times, the mill, which employs many people in the struggling economy of Blanding, has been embroiled in another controversy. According to the Grand Canyon Trust, the mill is actively emitting toxic levels of the radioactive gas radon. These radon emissions exceed Clean Air Act standards and endanger the health of all mill workers and nearby communities.

According to various conservation groups and involved scientists, there are also severe oversights in the mill’s ongoing operations.

“The state of Utah and Energy Fuels are not providing credible assurances or protective measures to instill confidence in the White Mesa tribe or surrounding communities that the members of these communities and their environments will be safe from the documented impacts of the White Mesa Mill,” said the Ute Mountain Ute’s Environmental Programs Director. “More needs to be done to ensure that the environment will actually be protected.”

Despite these glaring concerns, however, we found a great deal of support for the mill during our time in the cities of Blanding and Bluff. The mill workers we spoke with went so far as to praise the safety of all operations at the mill.

At a recent meeting in Blanding, the State of Utah took comments regarding the mill’s re-licensing. Over a hundred people from both sides of the debate were in attendance.

If the mill is not granted a re-license it would be effectively shut down.

“There aren’t a lot of jobs that take care of you like this one does and the mill helps the local people and county,” McKay said in his public comment. “All of the workers down there are healthy and it supplies a lot of jobs for Navajos on the reservation.”

Many others on the Navajo Reservation, such as Sarana Riggs, do not share McKay’s sentiment.

“I grew up in a family where my great grandfather was a mill worker at Rare Metals Mill,” said Riggs. He was a soldier who fought in Normandy, lived, and made it back home to provide for his family. But he faced these unknown dangers of radioactive contamination throughout his life.”

Rigg’s great grandfather unknowingly suffered from stomach cancer and passed away about 10 years ago, said Riggs. No one was aware that this was what he was suffering from.

“Somebody went to check on him to see if he needed food and to see if he was okay,” Riggs said. “They found him on the kitchen floor bleeding from all areas of his body.”

The Rare Metals Mill has since been shut down and houses around the mill were demolished due to an increase in birth defects among families in the area.

Others in the Blanding community who survive on wages from the mill, aren’t so easily persuaded by previous tragedies.

“If Rigg’s family has cancer that is so prevalent, then it probably has to do with a gene in her family and nothing to do with uranium,” responded Wendy Black, a resident of Blanding and the wife of one of the mill workers. “Someone should probably tell her that she should be tested, because I got my cancer from my mother and she got it from her mother who got it from her mother.”

Black says that her husband has worked there for years in the tailing ponds in Monticello and that none of his family has cancer.

“Cancer is not a bad thing. It’s completely different than it used to be,” Black concluded her statement.

Many of the mill’s supporters offered a different concluding remark. “I am not afraid of uranium”, they repeatedly announced.

In Part Two of Grand Canyon Futures, Garet Bleir takes a closer look at the Canyon Mine’s impacts on water. He also interviews Mark Chalmers, the President and COO of Energy Fuels.