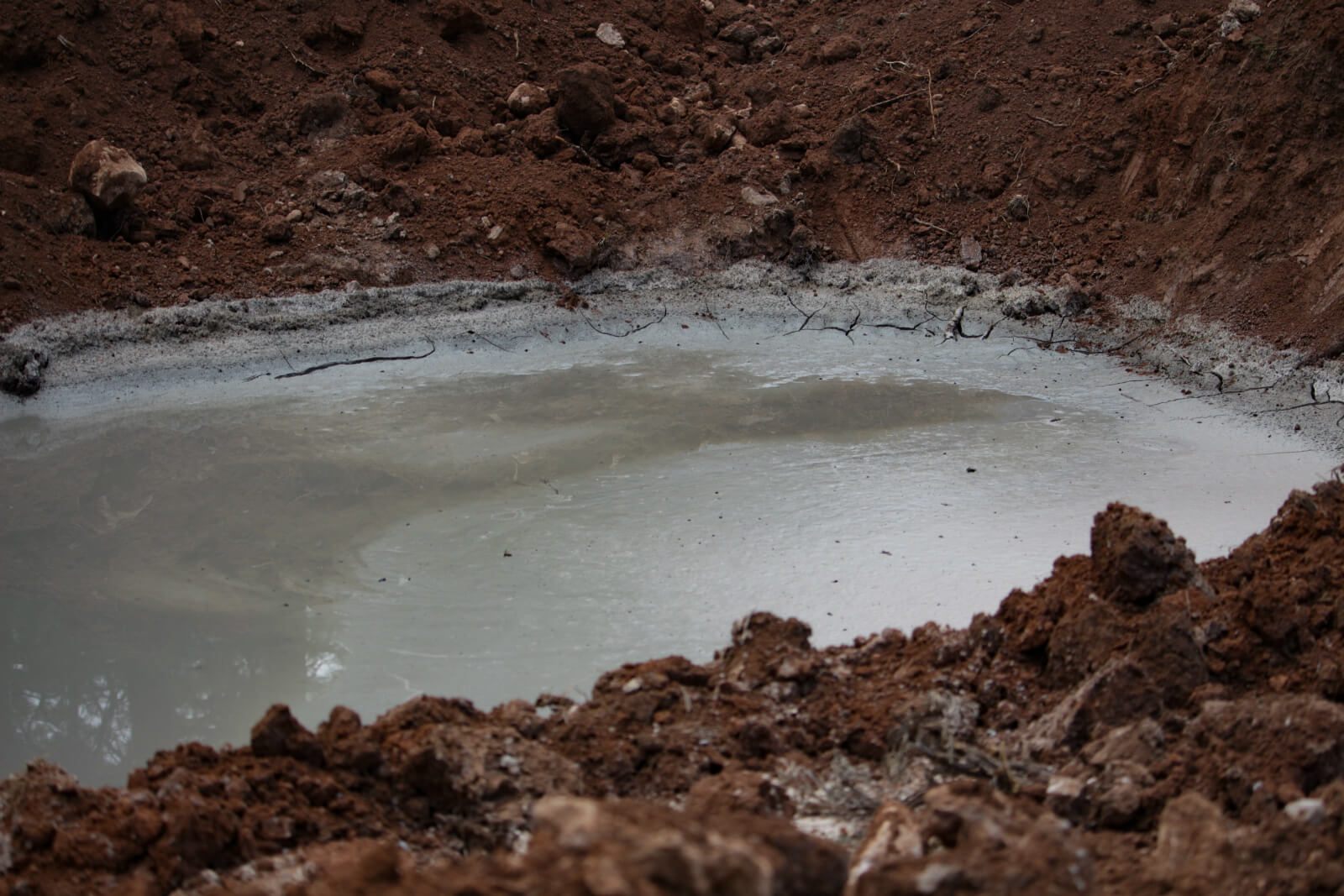 Before drilling resumes at the Canyon Mine, the Havasupai need answers—and so does the public

Any day now, Energy Fuels (EFR) will resume drilling for high-grade uranium ore at the Canyon Mine just six miles south of the Grand Canyon. The risks of the mine have never been fully investigated, but it doesn’t take much to see the potential consequences.

The Canyon Mine sits directly above the Redwall-Muav Aquifer in close proximity to the sacred site of Red Butte. This aquifer supports the Grand Canyon’s delicate ecosystem and provides the Havasupai Tribe with a steady supply of potable water that supports their livelihoods, their medicine and their cultural practices.

If the Redwall-Muav became too contaminated to drink, the Havasupai’s way of life would be diminished beyond measure. We’ve already caught a glimpse of how easily it could happen. Earlier this year, millions of gallons of clean water that sat above the aquifer fell into the depths of the Canyon Mine. According to data that EFR reported to the Arizona Department of Environmental Quality (ADEQ) in its 2016 Annual Report, that water now contains dangerously high levels of uranium and arsenic.

To make matters worse, the ADEQ–the government agency that issued EFR’s water permits– doesn’t require monitoring of deep aquifers like the Redwall-Muav. Nor does it require remediation plans or bonding to prevent deep aquifer contamination.

Water runoff at the site of the Canyon Mine. Footage: Garet Bleir

“We first have to study the potential impacts between these systems. We don’t know what the direction of the flow is or if there is recharge of the water between the mine and the canyon from elsewhere, because then their pumping might have no impact at all, but it’s really an unknown science question due to depth of the system and the lack of wells and observational data up there.”

“Does the perched water eventually go down and reach the regional aquifer and become part of that? We absolutely do not know that,” he added.

This is precisely what the Center for Biological Diversity, the Grand Canyon Trust and other conservation groups argue. “There is risk and you need to have a more stringent Aquifer Protection Permit, because we don’t know enough about this area,” Alicyn Gitlin, Program Manager of the Sierra Club’s Grand Canyon Chapter, told IC.

The risk became all too clear when Energy Fuels drilled through the Coconino Perched Aquifer, which led to the mine shaft flooding, equipment breaking down, and millions of gallons of clean drinking water becoming contaminated.

Tillman, who took samples from the Canyon Mine shaft in June 2016 and sampled the new USGS Canyon Mine Observation Well in July 2017, told us that, “The water coming in at the Coconino level is or was fairly low in most trace elements including uranium… The Coconino water was originally in the single digits of parts per billion that they were reporting to ADEQ.”

After the water entered the shaft, the mixed solution was 18 times higher in uranium levels – 3 times the maximum safety standard for drinking water recommended by the EPA. The water also contained 30 times more arsenic and exceeded the standard for radium, according to Gitlin.

Millions of gallons of the contaminated water have now been hauled off site in trucks or evaporated in an already water-starved climate.

The flooded mine shaft and resulting offsite disposal of water initiated a robust debate among conservation groups, the company, and governmental organizations about whether or not this could have been anticipated and the legality of the company’s actions.

Energy Fuels and public affairs representatives of the Forest Service allege that the need to dispose contaminated water off site couldn’t be predicted due to climatic changes in the area. Jacqueline C. Banks, Public Affairs Officer for the Kaibab National Forest Service, told IC, “We had an extremely wet winter, with lots of precipitation and lower than normal evaporation, so to prevent overflow from the evaporation pond, Energy Fuels implemented that emergency plan,” said Banks.

However, even with the unpredictable nature of the wet winter, this would have been a breach of the 1986 Final Environmental Impact Statement for the Canyon Mine, which requires that “Holding pond(s) in the mine yard must be adequate to receive local runoff from a 100-year thunderstorm event, plus normal annual runoff and water that may be pumped from the mine. The volume of water in the pond(s) must be maintained at a level that will allow a reserve pond capacity to accommodate unforeseen and normally expected runoff events.”

Mark Chalmers, the President and COO of Energy Fuels and other company officials point toward the weather to help explain the flooded shaft. “This year was a very very wet year in Northern Arizona and we had more water than expected, so we hauled water to our mill to prevent our pond from overflowing,” Chalmers said.

However, there is no substantiated evidence from the USGS to support or refute this rationale. In fact, the current data available points away from any claims of climate driven water.

“EFR has put forth that possibility that there’s been a wet winter and more recent recharge of the aquifer,” Tillman observed. “We are still evaluating our sample results, and waiting for some more to come in (i.e., tritium results), but our first take on the carbon-14 result of 17.52 percent modern carbon is that there is at least some portion of quite old water down there. We’ll want to look at the tritium results to see if there is some recent water mixing as well, and then verify everything with another round of sampling (or two or three).”

Gitlin believes that other issues contributed to the flooded shaft, including a lack of scrutiny from ADEQ as well as the contents of the company’s Environmental Impact Statement and Plan of Operations that have remain unchanged since they were approved by the the U.S. Forest Service (USFS) in 1986.

The Canyon Mine drilling pad and holding pond. The mining operation lays directly over the Havasupai’s main source of water. Footage: Garet Bleir

The Sierra Club, Havasupai Tribe, Center for Biological Diversity, and the Grand Canyon Trust are in a pending lawsuit vs. the U.S. Forest Service. They are arguing the legality of USFS’s decision to permit the Canyon Mine’s operation without updating the Environmental Impact Statement and Plan of Operations or completing the required formal tribal consultations with the Havasupai required for all Traditional Cultural Properties.

According to Gitlin, if this Environmental Impact Statement and Plan of Operations was updated, the possibility of the shaft flooding would have been exposed. “The fact is that when Energy Fuels drilled the supply well on site for the mine in the 1980s, at about a thousand feet down they hit a significant amount of water at the Coconino Aquifer,” she said.

Back then, Energy Fuels was experiencing a flow rate of about five gallons per minute. This is enough water for the company to realize the lens of water can yield a significant flow, she said. “But unfortunately, Energy Fuels and the Forest Service are acting like they had no idea. It’s really frustrating,” Gitlin said. She argues that a new EIS would have revealed the company was going to hit the water, but a lack of scrutiny from ADEQ allowed them to continue.

However Chalmers told us that the geology of the area was simply too unpredictable to know the amount of water the company would hit at the Coconino Aquifer and to his knowledge, the nearby City of Tusayan has never found a continuous aquifer at that level.

“It’s always a little bit of a wild card about how much water there is and how long it is and everything about that,” Chalmers said.

Gitlin argues that this is one more reason why the company is not ready to drill. She says more research still needs to be carried out, there needs to be more monitoring wells in the region, and a more stringent Aquifer Protection Permit (APP) needs to be in place.

Energy Fuels refuted the severity of the Sierra Club’s claims. “Yeah, we found some perched water in the ‘80s. Yeah it was noticed in some of the drilling that there was some perched water, and we found more perched water recently, but we do not believe that it is continuous,” said Chalmers. “The environmental documents actually expected that we would hit perched quantities, and that if we had water we would either evaporate it or that we would treat the water to manage it and that’s what we are doing.”

Despite Chalmers’ confidence, there are more questions than answers. In addition to the unverifiable claims of climate driven flooding and the lack of knowledge surrounding the region’s groundwater, no one knows the uranium ore body’s ability to contaminate the Redwall-Muav Aquifer and other local water bodies.

As far as most indigenous peoples in the region are concerned, the mining company’s actions are criminal.

Representatives from Haul No and the Havasupai Tribe march to the gates of the Canyon Mine which lay upon grounds sacred to many indigenous nations in the region. Photo: Garet Bleir

“Not only as indigenous people, but white people, black people, all people, they don’t realize that [they’re] killing themselves in search of this mighty dollar that they’re digging out of ground,” commented Milton Tso, Cameron Chapter President of the Navajo Nation. “You shouldn’t need to be warning people about the risk of contamination in their water.”

Tso knows a thing or two about the risk of uranium mines polluting local land and water sources. The Navajo Nation is currently dealing with more than 500 abandoned uranium mines on their reservation.

Nearly a third of the reservation is now forced to haul water from unregulated wells and many have no choice but to live adjacent to these radioactive mining sites.

The Navajo Nations’ uranium legacy serves as a cautionary tale that fuels the Havasupai’s fight to prevent a similar fate on their land.

Garet Bleir is an investigative journalist working for Intercontinental Cry documenting human rights and environmental abuses surrounding uranium mining in the Grand Canyon region. To follow along with interviews and photos highlighting indigenous voices and to receive updates on his 12 part series for IC, follow him on Instagram or facebook.

This article is a part of #GrandCanyonFutures, an ongoing deep journalism series published by IC in partnership with Toward Freedom.