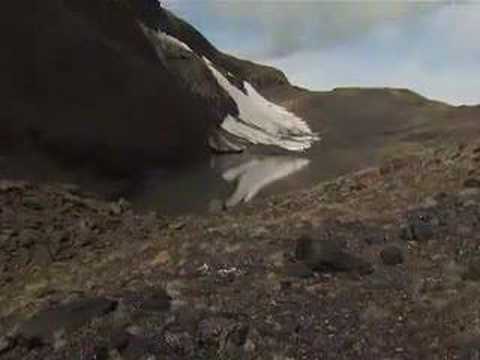 The Talthan were never truly consulted in this business deal, hadn’t been informed of the dangers connected to Coalbed Methane, and in fact didn’t even known where Shell was planning to drill until they bulldozed an access road through a Tahltan trapper’s camp in the Sacred Headwaters region.

Once Shell completed drilling some test wells (in 2005), questions started to be asked about the potential impacts on water, wildlife and other matters important to the Tahltan—questions that should have been raised before any sort of deal was made–But of course the Government of BC neglected its responsibilities with regard to the rights of the Tahltan, and afterwards Shell did little to inform them and absolutely nothing to address their concerns. (see here for more info)

Since then, Tahltans have atleast twice confronted Shell, first in 2005 and again last Summer. On both occasions, the exploitation project was temporarily stayed and the Protesters, mostly Elders (?) were arrested.

Making matters potentially more volatile, not too long ago Royal Dutch Shell took over Shell Canada… Royal Dutch is a well known human and environmental rights abuser throughout the world.

One of the most telling instances comes from their operation in the Niger Delta: Shell struck oil on Ognoni lands in 1958, and has since extracted more than $30 billion worth of oil from the region. Shell has given nothing to the Ogoni or the other Peoples in the region:

the people of Ogoniland have had pipelines built across their farmlands and in front of their homes, suffered endemic oil leaks from these very pipelines, been forced to live with the constant flaring of gas. This environmental assault has smothered land with oil, killed masses of fish and other aquatic life, and introduced devastating acid rain to the land of the Ogoni (source)

In 1995, the Nigerian government executed 9 environmental activists for speaking out against Royal Dutch Shell… According to the above mentioned source, Shell provides the Nigerian dictatorship with over 50% of it’s income… Other sources indicate Shell was directly involved in these executions.

All over the world, Royal Dutch Shell finds itself connected to dozens of situations like this—and though it remains to be seen whether or not they will walk their historical path through the Sacred Headwaters, it is being made abundantly clear to the Tahltans that there is a great need to reconcile what differences may exist among them, so they can work together to defend the land and find a means to prevent further exploitation.

After all, the Tahltans are today being bombarded with numerous corporate projects which aim to rip apart, contaminate, and make profit off the land.

Tahltans have been steadily engaging in some sort of action nearly every month since the beginning of 2005, and gatherings have also been held (the most recent was last month) —but still, like Royal Dutch and hundreds of other companies around the world, they along with the governments who back them will not simply respect the law and take responsibility for themselves, never mind act with integrity.

To them, the needs of the people are entirely irrelevant, and they’re afraid to look beyond their sheltered perspective to see the world beyond the perverse concept that wants are more important than needs. In time, maybe they can be taught.

In any event, the Tahltans will continue doing their best, what choice do they have?

There is none when the only alternative is to become party to poisoning the water and devastating the land.

Money means nothing if you compromise history, sacrifice the future, and when you yourself become broken in the process