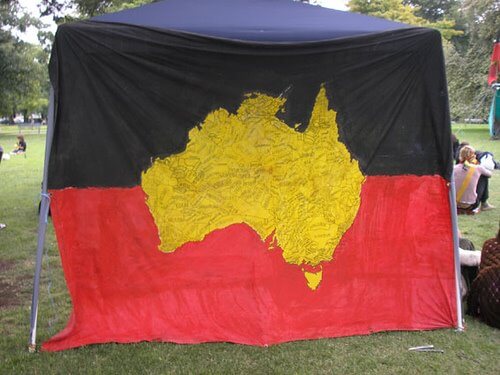 Action and Dialogue in Australia – July 2007

The Australian government likes to think it’s in a position of absolute power. Like many governments around the world, they go ahead doing whatever they want with little regard for law or for how their actions will effect the people. Why should they care? They tell us they are the law, and that we are their people.

The sad irony is Governments are not all-powerful sovereign entities. In fact, they are nothing more than corporations, made up of various individuals whom of course hold various common interests. Two of those interests, naturally, are to maintain their power and increase their wealth

Well, since the recent announcement by Howard, alot of people have been coming forward to say NO to both those interests….

There are currently several protests and actions pending or about to take place:

For starters, Chilean Activist Claudio Castro from the “People’s Assembly Movement” is currently in Melbourne, Australia. There will be a Public meeting with him on Wednesday July 18, at 7pm (more info).

Secondly, on July 14 a day of action will commence, also in Melbourne. (more info). A solidarity rally is to be held at the Australian embassy in Aotearoa.

Protests are also being set up for Alice Springs, Canberra, Sydney, Brisbane, Melbourne and Perth, as well as Auckland and Wellington. (can’t find any info about these)

Last but not least, looking ahead, the NIHRCA recently announced they will be holding the first Human Rights & Social Justice Conference in Sydney 2007 “to commence and accept nominations from Aboriginal communities to establish an Aboriginal International Delegation to act as our Aboriginal Diplomats to the Foreign Representatives that reside in Australia.”

Something such as this is desperately needed in Australia — more specifically, for the People to have National and International Presence. Perhaps in the future a National Confederacy of Indigenous Nations could also be founded, and the just-mentioned delegation could be a central part of that.

In any case, it’s great to see all this movement in Australia. With love and respect from around the world, let this movement grow until the People
return to Their place on Their land.