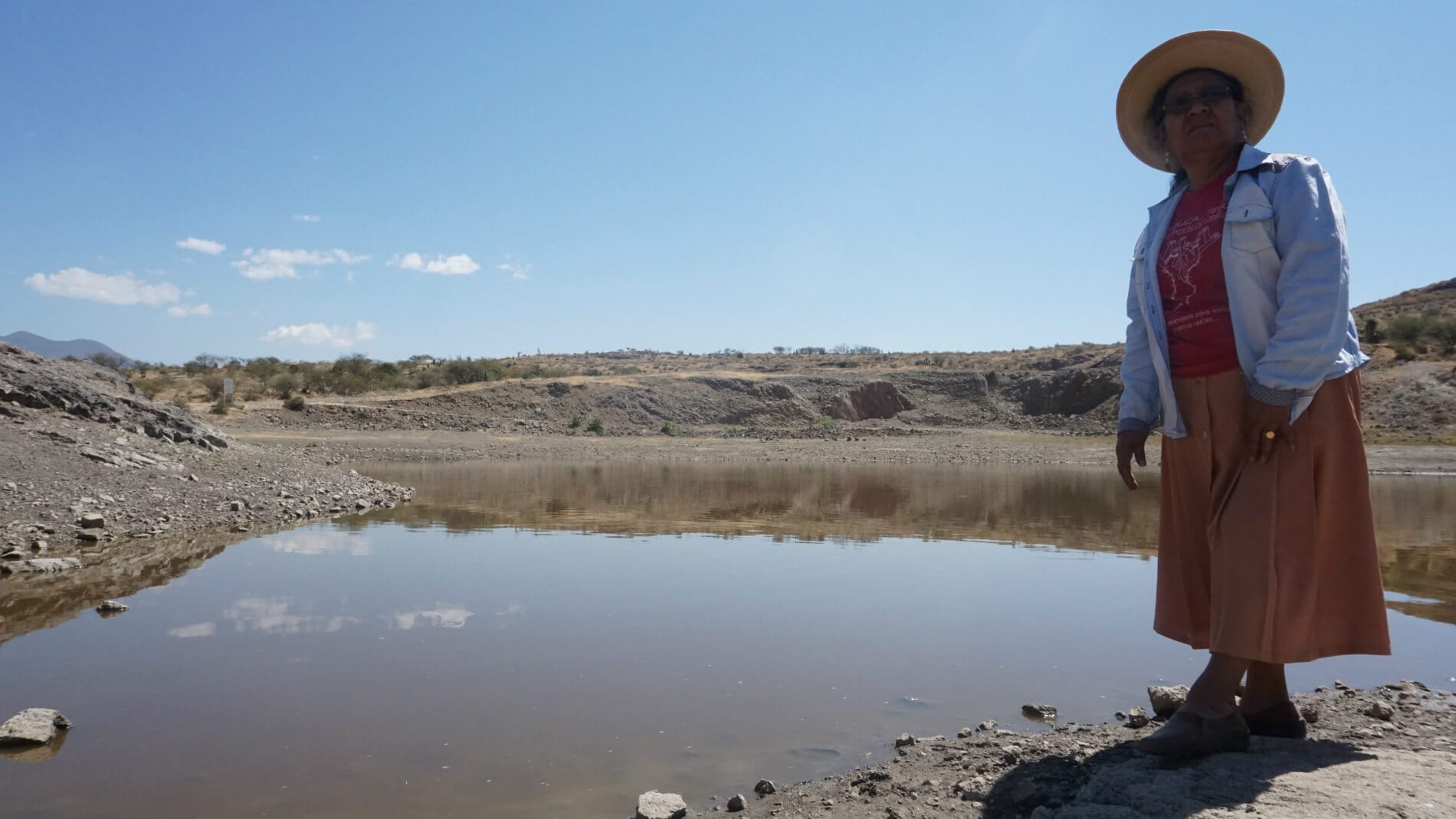 Zapotec Water Sowers are Fighting to Defend the Aquifers

San Antonino Castillo Velasco, Oaxaca, Mexico — Twelve years ago in the verdant Ocotlán Valley of Mexico, a group of men and women of Zapotec origin watched as their crops of vegetables and flowers began to wither away. A long drought seemed destined to turn their fertile valley into a desert area. But through a rainwater harvesting technique, they created a series of “absorption wells,” and since then life has re-emerged in this remote region in the South of Mexico.

As he irrigates his onion crops using the “drip technique”, Emiliano remembers those years when his crops languished for the lack of water from either the rain or the irrigation canals. In those days, back in 2005, they knew that in this area there was a 1967 presidential decree, which established a prohibition on agricultural use of water that required the payment of up to 24 thousand pesos (about $1,200 USD) to gain access.

The National Water Commission (Conagua) imposed a heavy fine when they continued to use the water, as well as excessively high electrical fees for use of their water pumps. The desperation of seeing their crops die and the lack of economic solvency caused peasants like Emiliano, Esperanza Alonso Contreras and Juan Justino Martínez González among hundreds of others to organize themselves and seek help from Flor y Canto, a social organization dedicated to the defense of life and territory; and since then the Coordinadora de Pueblos Unidos por la Defensa de Agua or “Copuda” was born. 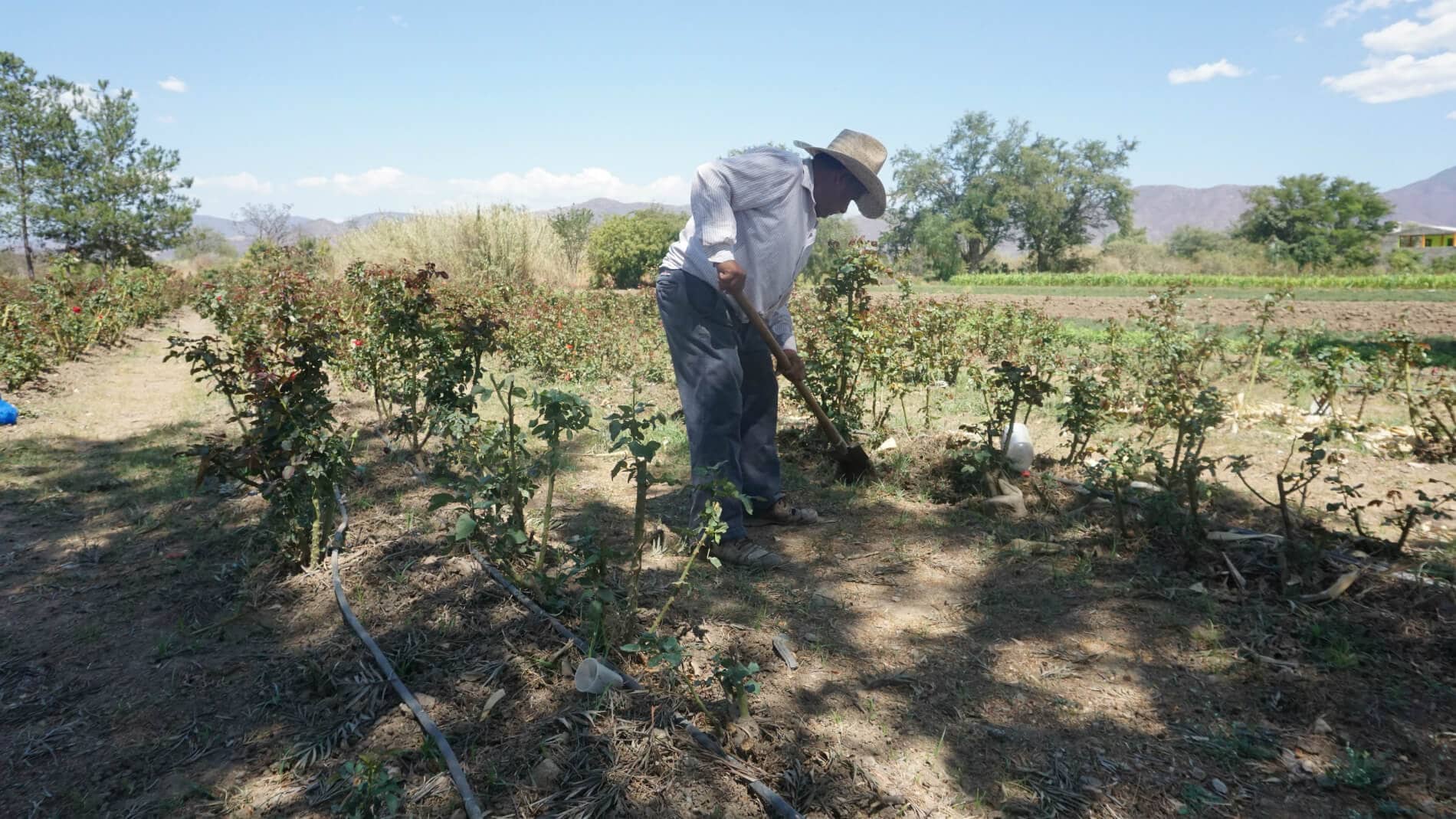 Juan Justino Martínez González, founder of the Coordinator of United Peoples for the Defense of Water “Copuda”.

Now that they were organized, the Sowers of Water — together with Flor y Canto, headed by the indigenous rights defender Carmen Santiago Alonso — established two strategies for the defense of the aquifers in this area of ​​the valleys of Oaxaca: The first one was to train people in the creation of absorption wells. They went to the Water Museum in the city of Tehuacán, Puebla, and from their training they built “pots” or large ponds where they accumulated rainwater, and also seven wells as a pilot. Currently there are more than 300 such wells that are planted in the fields.

The second route that the peasants took was the legal one. In 2011, they sued Conagua before the Superior Court of Fiscal and Administrative Justice for unfairly high charges without a consultation under ILO Convention 169. Two years later, in 2013, the Court ruled in favor of Copuda and ordered the indigenous consultation in 24 communities throughout the region.

The consultation process is the only one that has been done in Mexico for the defense of water, according to Santiago, a pioneer in the country in water rights. The case is currently in the fourth or “consultative” phase, and according to the farmers, the hope is that the government of Andres Manuel López Obrador will “lift the decree of closure” and to convert this region of the Ocotlán Valley into a “Regulated Area,” because the National Water Law endorsed by the government of Enrique Peña Nieto is in violation of their human and indigenous rights. 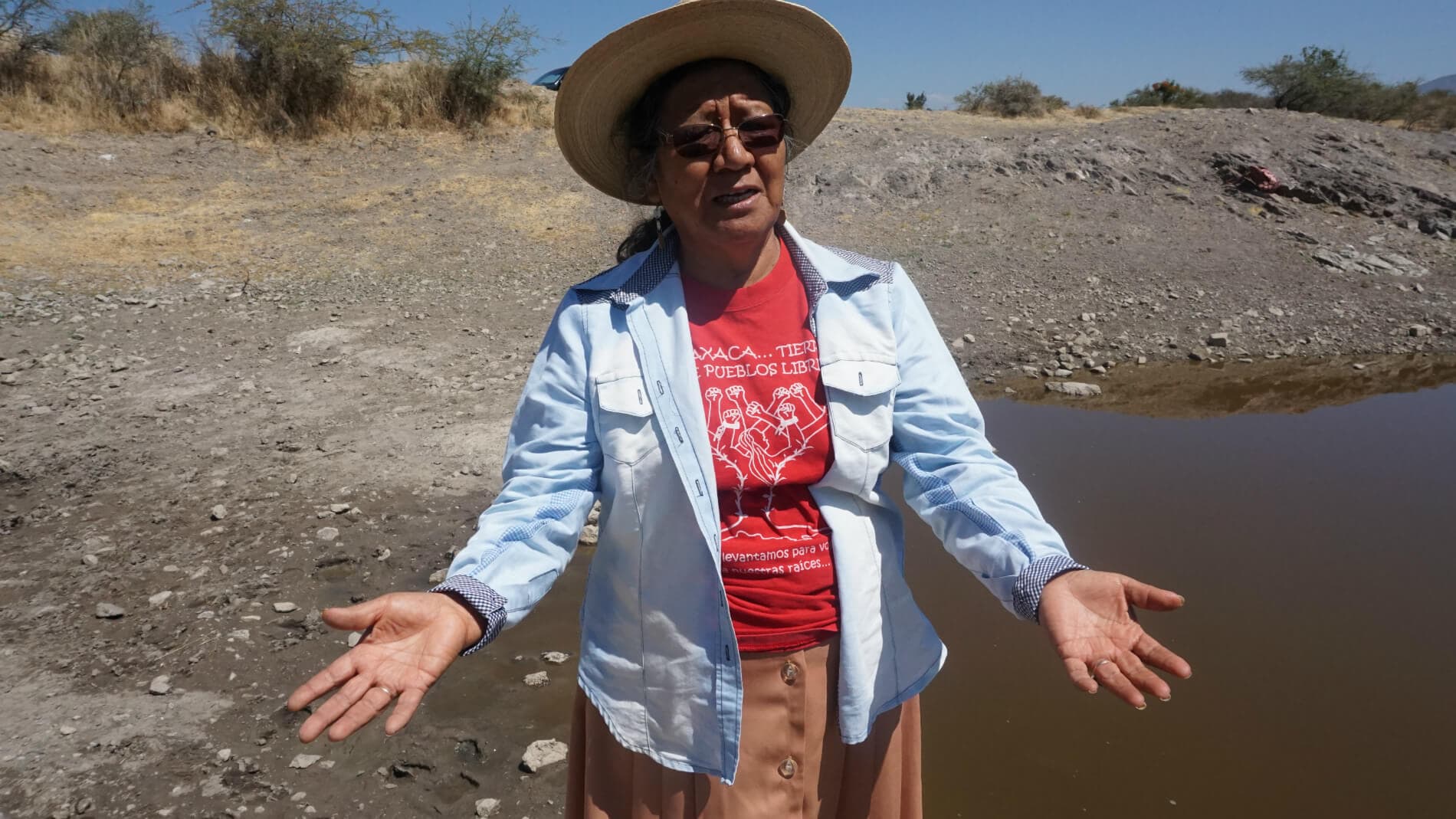 Land and water defender Carmen Santiago Alonso, who has seen the rebirth of crops in the Ocotlán Valley, stressed that this process of sowing and cultivation of water is the result of the organization of the people, who have learned to sow water for the simple love of the countryside and community knowledge.

Carmen Santiago Alonso, who has seen the rebirth of crops in the Ocotlán Valley, stressed that all this process of germination and cultivation of water is the result of the organization of the people, who have learned to sow water for the simple love of the countryside and community knowledge.

Now the community waits for the Mexican government to really keep its word at the end of the consultation and thus lift the decree and close and create a set of rules for the “Niza Microregion” of the Ocotlán Valley.

“We hope that at the end of the consultation, the government will respect the voice of the peoples of COPUDA who for many years have fought for water to be free,” she said. “Here we sow water under a community technique, we collect it for our crops, so that there is life; we only want to live freely and be respected.”

This story is published in partnership with The Esperanza Project, a Green News Portal for the Americas.