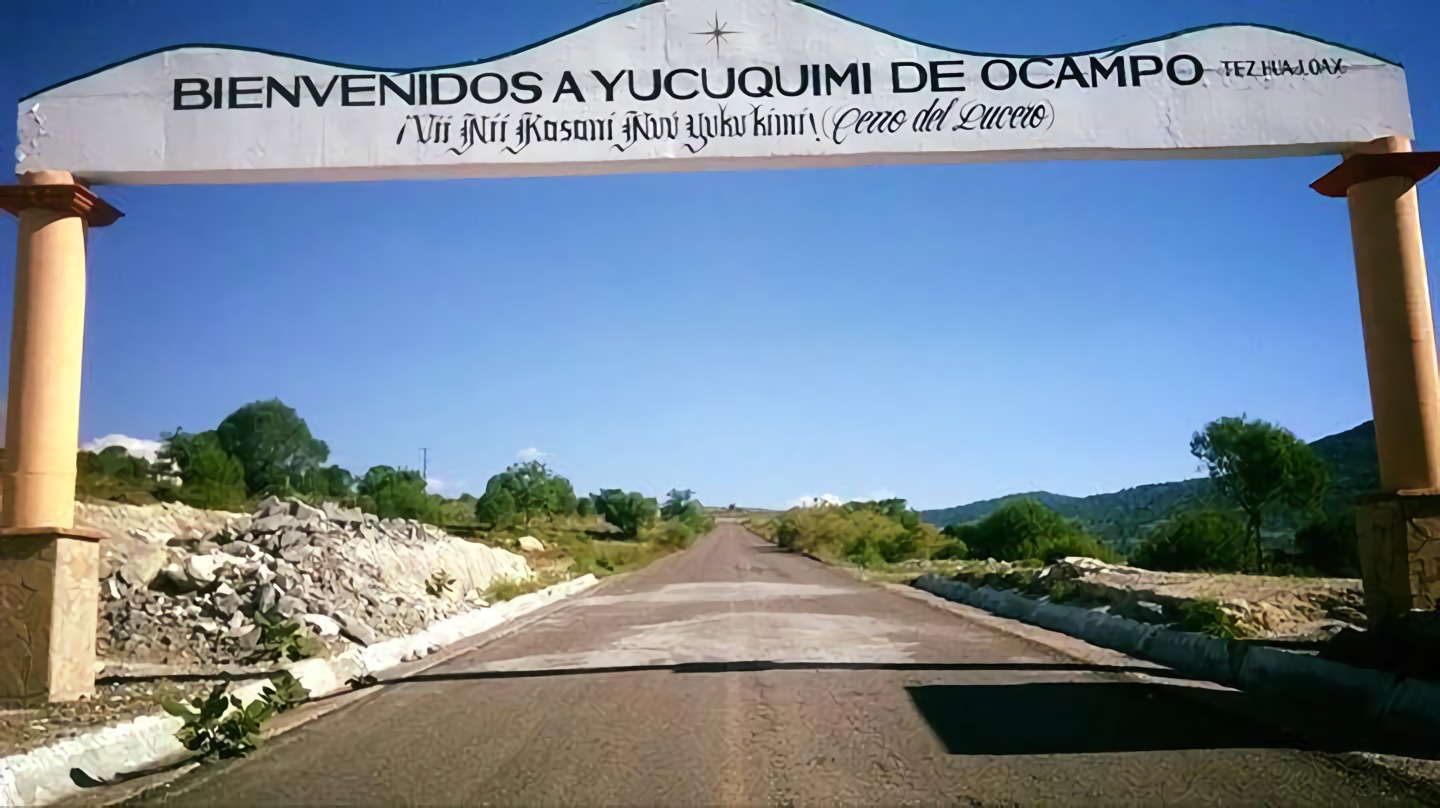 On October 12, 2019, the Mixtec Indigenous community of Yucuquimi de Ocampo in Mexico’s Oaxaca state, declared itself to be a “free municipality” under its own “autonomous” self-government.

“We can all dream and build a different world, a more just one, a more egalitarian one… a world of coexistence where many worlds fit,” the Mixtecs of Yucuquimi said in a public statement. “We gather together to keep fighting, and raise our voice in order to make visible that not everything is Tezoatlán, Huajuapan, Oaxaca City… We are forgotten people who continue the struggle of our brothers and sisters for the recognition of our rights.”

On Oct. 12, #IndigenousResistanceDay, the town of Yucuquimi in the Mixtec region of #Oaxaca declared itself an autonomous #indigenous municipality. “We raise our voices again to show the gov’t that we exist and that we'll continue to fight for our land”.
📰https://t.co/7ikGBB5qEZ pic.twitter.com/PBgI6B6kdM

As Intercontinental Cry noted in its Indigenous Rights Report, Yucuquimi de Ocampo announced their intent to declare autonomy on September 22, after the municipality of Tezoatlán de Segura y Luna failed to deliver 52 percent of the total resources allocated to them.

With a reported population of more than 13,000 inhabitants, Yucuquimi de Ocampo has faced a history of discrimination and indifference from both the state and municipal governments. The recent shortage of resources, however, appears to have been the last straw. 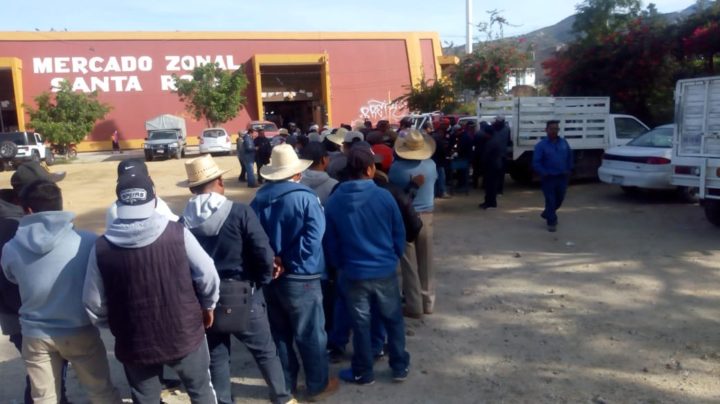 Members of #MAÍZ in the Santa Rosa Zonal Market. They are demanding the delivery of resources while their leader Misael Velasquez Tadeo negotiates in the Administrative City. Photo: Twitter

Residents of the community, along with members of the Zapatista Indigenous Agrarian Movement (MAIZ), responded by setting up a blockade on Federal Highway 190, where they said they would remain until an agreement was reached.

Forces from Mexico’s army and the newly created National Guard were then sent to the town and the surrounding Tezoatlán de Segura y Luna municipality to restore government control. 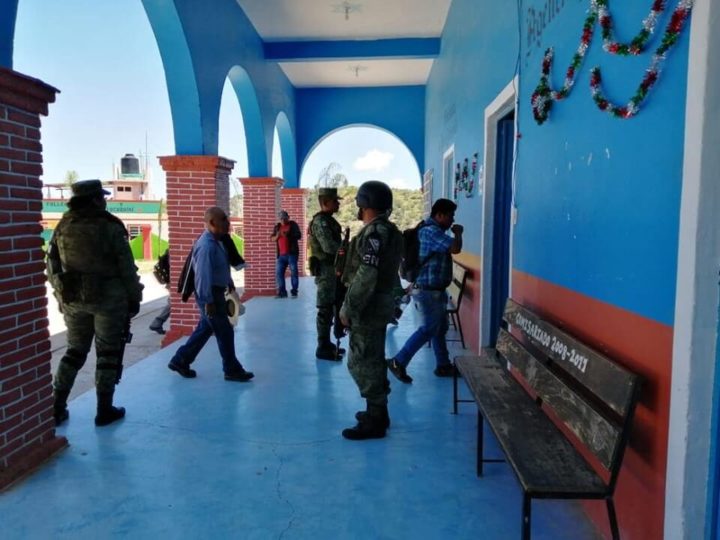 After denouncing the entry of the army, Yucuquimi de Ocampo issued a statement that was directed towards the international community, as well as the National Indigenous Congress and social and human rights organizations. “Surely they think that this way (the arrival of the Army) will intimidate our people to set aside our decision to become independent from the municipal seat,” The statement reads.

“When assuming power, President Andrés Manuel López Obrador said he represents the poor and that his policies would support us, the Indigenous peoples, and we would be the priority of this federal administration, but with these facts (sending of the Army) he proves otherwise.”

The October 12 declaration that turns Yucuquimi de Ocampo into autonomous municipality, was not, however, written hastily. It is based on Articles 2 and 115 of the political constitution of the United Mexican States, as well as Convention 169 of the International Labor Organization (ILO), and the 1996 San Andrés Accords (agreements reached between the Zapatista Army of National Liberation and the Mexican government) that granted autonomy, recognition, and rights to the Indigenous Peoples of Mexico.

To all the people of the country and native people who see this today as an act of rebellion, tell them that we demonstrate to defend the dignity of our people who have been forgotten in the darkness for so many centuries.”

Yucuquimi de Ocampo follows in the footsteps of the Triqui Peoples in Oaxaca who declared their own autonomous municipality in 2007.

The Triqui faced a difficult battle to live under their own authority. In September 2010, the Triqui were forced to abandon their homes in San Juan Copala, which had been under siege by paramilitaries for most of that year. Following the emergency evacuation, Triqui women and children set up a protest camp in the Oaxacan capital. However, instead of gaining the government’s support to return home, the protest camp faced a routine of repression and removal.