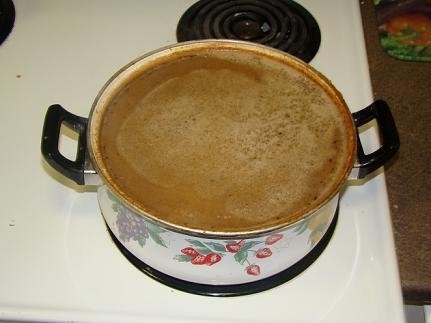 What Environmental stories should APTN cover?

A water sample from the Attiwapiskat Cree Nation reserve in Ontario. As of October 1, 2009, there are 119 reserves in Canada under a drinking water advisory. This is one of many stories that are downplayed or otherwise ignored by the government. Hopefully APTN can help to change that.
Support our journalism. Become a Patron!

The Aboriginal Peoples Television Network (APTN) is looking for ideas and suggestions on what stories they should cover for their recently-announced week on the environment, scheduled to air in March.

The Executive Producer of APTN’s new investigative unit, Paul Barnsley, made the request in an email last week, saying they want to produce one four-minute piece for APTN National News each day of the week (on Monday, Tuesday, Wednesday and Thursday) and put together a one-hour special on Firday for their new public affairs talk show, APTN InFocus with Cheryl McKenzie. “For that show,” says Barnsley, “we intend to go after some very high profile guests and do a panel discussion on environment issues generally as well as some long form, pre-produced pieces by our investigative unit staff.”

With any luck, one of the guests will include the rather infamous “physician-turned-whistleblower” Dr. John O’Connor.

In any case, if you have any stories you’d like to see APTN covered, or guests that you want to see on the Friday show, you can get in touch with Paul Barnsley at pbarnsley@aptn.ca or send an email to infocus@aptn.ca or investigates@aptn.ca. You can also phone in your suggestions by calling APTN’s toll-free 24-hour phone line, 1-866-796-0269.

If you can’t think of any stories, here’s a few of my own (which I choose specifically because they are downplayed by the government, and, to some extent,ignored by activists, public interest groups and the media.

1. Alarming levels of arsenic found in rivers near Goldcorp mine – A research team from the Pastoral Commission for Peace and Ecology (COPAE) confirmed earlier this year that the Marlin mine in San Miguel Ixtahuacan, Guatemala, owned by the Canadian company Goldcorp, is poisoning local water supplies. Scores of people from the community, even newborn babies, have suffered from skin rashes, hair loss and many other health problems ever since the mine opened. Goldcorp, one of many Canadian companies that the CPP Investment Board has bought in to, claims that the health problems are a result of “bad hygiene,” a “lack of water” and “fleas”.

2. There are more than 4,000 toxic sites on First Nations reserves in Canada. Individually listed in the Treasury Board of Canada’s Federal Contaminated Sites Inventory, these sites contain a wide range of toxic substances, including: Mercury, Uranium and Lead, Dioxins and Furans, “Biological Warfare Agents” and Petroleum, among many, many others. Less than 20 of these sites appear to be scheduled for clean-up. The govenrment has not performed any investigations on the effect these sites are having on the health of First Nations people.

3. It is generally known that diabetes prevalence among first Nations people is approximately four times the rate of the general Canadian population. It is not known, at least by the general public, that the cause of diabetes is proving to be the result of exposure to dioxin, PCB’s and other Persistant Organic Pollutants (POP’s). (see point 8, Public Health Report Quietly Released in Canada)

5. As of October 1, 2009, there are 119 indigenous communities in Canada under a Drinking Water Advisory. The number has been gradually on the rise. As of July 25th, 2008, there were 102 communities under an Advisory. As of May 17, 2009, the number was 112. By and large, the government does not provide alternative water sources. Nor does it readily make public the reason for the advisories.