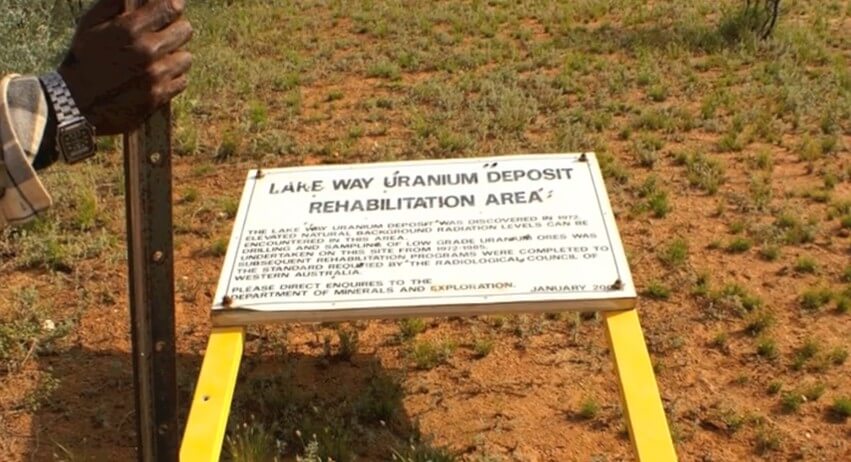 In Western Australia, plans of expanding Toro Energy’s mine site into a much larger uranium mining wasteland–spanning 100km and two lake systems–has been condemned by elders of the Wiluna Martu people.

“The lives of not only our people today are at stake but the future of our people into time immemorial. This uranium mining if it goes ahead will spell the end of us as custodians of the land. It will make toxic the land, preventing us from caring for the land, it will poison the rivers that we swim in, drink and fish from,” said Wiluna Elder, Glen Cooke to The Stringer.

On March 25, Western Australia’s EPA made the Toro Wiluna uranium expansion project open for public review. Wongi anti-nuclear campaigner, Kylie Fitzwater, commented that Toro had a long way to go before gaining new approvals to expand their single-mine approved project. “The company needs to complete additional environmental management, mine closure, tailings management and transport plans for assessment before any mining can commence at the Wiluna site,” she said.

Included in the proposal, Toro Energy wants to double its water consumption and store radioactive mine waste from several mine sites in a Lake bed. The company’s new plan also involves four more deposits covering over one hundred kilometers – Lake Way, Centipede, Millipede and Lake Maitland, with longer term plans including mining an additional three deposits at Nowthanna, Dawson Hinkler and Firestrike – covering another one hundred kilometers in the other direction.

This region is also home to Western Australia’s largest uranium deposit at Yeelirrie, owned by the Canadian uranium mining giant, CAMECO. This project has been consistently opposed for forty years by Traditional Owners, now led by Kado Muir. Mr. Muir has said “The only safe place for uranium is in the ground, where it belongs. For 40 years my people have campaigned to protect Yeelirrie. We have walked this Country for thousands of years, it should not become Country that we fear to tred.”

While Toro’s original mine plan is expected to be operational next year, the traditional lands on which it is situated is covered by two native title claims at an advanced stage towards a consent determination of native title under the Native Title Act.

Uranium exploration began in the Wiluna region in the 1970s. The Martu people experienced this exploration and witnessed it happening without government oversight and without their consultation and participation. This has left concerns over the government’s regulatory regime, especially with regard to its ability to protect their rights. Previous uranium exploration left a legacy of pollution and contamination in the region. 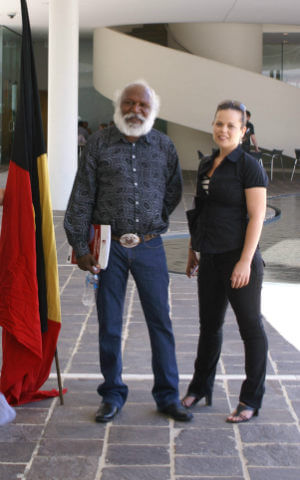 Late last year, as well as earlier this year, Mr. Cooke and Ms. Fitzwater attended Toro Energy’s AGMs and expressed concerns at the prospective impacts on Martu Country if the uranium mines proceed. Mr. Cooke also expressed concerns that signatories to the mining proposal from within his people have been “misled”. “These people are targeted and influenced by deals to sign over the rights of the land. These people Toro talked to are now driving around in Toyotas they didn’t have before. About eleven Toyotas just appeared,” said Mr Cooke.

Ms. Fitzwater reported back from the AGMs that “When Elder Glen Cooke asked a question he was treated abruptly by Toro and with complete disrespect. He was not permitted to reiterate any questions. It is clear the company tolerates no opposition and has been unfair and biased during their submission period no matter what their convictions.”

Two years ago, The Western Australia Conservation Council issued a report highlighting the ‘junk science’ promoted by Toro Energy, that radiation from uranium mining is actually beneficial to human health, a notion that is in clear conflict to widely accepted mainstream scientific views regarding radiation.  This report stands as an alternative annual report on the work of Toro to highlight the health, social, economic and environmental impacts of the company’s projects.

The report includes a writing from Dr. Karamoskos (a nuclear radiologist and a public representative on the radiation health committee of the federal nuclear regulator, the Australian Radiation Protection and Nuclear Safety Agency) from 2011:

There seems to be a never-ending cabal of paid industry scientific ‘consultants’ who are more than willing to state the fringe view that low doses of ionising radiation do not cause cancer and, indeed, that low doses are actually good for you and lessen the incidence of cancer. Canadian Dr. Doug Boreham has been on numerous sponsored tours of Australia by Toro Energy, a junior uranium explorer, expounding the view that ‘low-dose radiation’ is like getting a suntan. Toro must have liked what it heard because it made him a safety consultant for the company in 2009.

As the majority of uranium exploration and mining occurs on Indigenous lands all over the world, this project would continue the denial of the Walinu Martu Peoples right of free, prior and informed consent and their self-determination. They have particularly been striving for the right to negotiate with uranium explorers directly to ensure that their culture and rights are adequately protected.

As the first of Western Australia’s mining projects, the government and industry are hoping this will be the first of many. This is why, the Walinu MArtu People will do everything possible to prevent it.