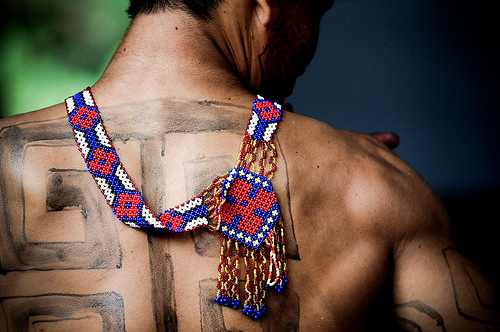 We Live to Serve

Over the past twelve years, Intercontinental Cry Magazine has had the honour to cover stories for more than 630 Indigenous Nations around the world. We’re proud of that legacy. After all, despite being one of the most underfunded new media outlets in Canada, we have still managed to create a deep well of essential news and insight that goes far beyond what any other news outlet in Canada provides.

The fact that we’ve done it while holding on to a threadbare shoestring? Well, that’s a testament to the power of independent media. If we were a for-profit news corporation, we would’ve went the way of Al Jazeera America years ago. However, as an ethically-driven new media outlet that’s dedicated to Indigenous Peoples, shutting down is a luxury that we just don’t have — as best-selling travel guidebook author and IC contributor Richard Arghiris once pointed out. Our mission won’t allow it.

It’s our job at IC to serve as a lighthouse for the international community and to ensure that the world’s Indigenous Peoples can access the vital benefits that media provides. As long as new media outlets embrace the old media standard to exclude, marginalize, misrepresent Indigenous Peoples, we have to push on.

It wouldn’t matter if it was simply a case of the CBC skipping a story every now and again, but it’s much bigger than that. According to digital media research that IC carried out in 2013, mainstream, and most so-called ‘alternative media’ networks only adequately cover three (or four) major stories related to Indigenous Peoples each month. We estimate as many as 60 major stories a month are being systemically ignored.

There are real-world consequences to this. By severely restricting coverage, Indigenous Peoples are being obstructed from the benefits that media provides, including the capacity to effectively organize around threats to their communities, their cultures, and the ecosystems they depend on. What’s more, the greater public is being denied their right to know what’s happening.

To add insult to injury, the few stories that are covered tend to be homogenous and biased, trite and condescending, inhumanely sensationalized, factually inaccurate or downright brutal. Case in point, the Peru daily El Correo ran a cover story on June 13, 2009, calling for the military to drop napalm on the “savages” (who were, at the time, resisting a government effort to make it easier for the resource industry to do its thing). Equally offensive — albeit far more gentle — stories pop up every couple weeks, including here in Canada.

It’s our job at IC to address these mounting structural injustices with whatever resources we can muster. And so, when our budget lines turned red in 2011, 2013 and 2014, we had no choice but to bail out ourselves by scaling down our operations and suspending special projects to stay afloat. This, unfortunately, resulted in the loss of several readers and donors; but that’s the way it goes.

On the bright side, in 2014, the Center for World Indigenous Studies learned of our predicament and offered to become our publisher and fiscal sponsor. This gave us enough room to design a framework that would allow us to grow and sustain ourselves, enriching the global media ecosystem in the process.

From survival to sustainability

Since day one, our number one goal at IC has been to create a platform that comprehensively covers the experiences of the world’s Indigenous Peoples. It’s an important effort, however, as VICELAND Producer Jarret Martineau once said on twitter, “more” isn’t enough. We also need “better”.

In this odd age of instant access, new media outlets aren’t holding themselves to the same journalistic standards that we continue to expect from the likes of the New York Times. An unaccountable virtual world, it seems, has no love for interview notes, fact-checking, transparency and background research.

What’s more, instead of using a commonsense process of journalism triage to cover stories that “need” to be told — like, for instance, the ongoing dislocation of the Ngobe in Panama — most newsrooms these days hyperfocus on stories they “want”. Those stories are generally designed to satisfy readers, to build credibility, to attract donors and advertisers, and to satisfy personal interests/agendas. While there’s nothing inherently wrong with such editorial maneuvers, when an editor chooses to ignore a life and death struggle to publish yet another over-sensationalized report on Donald Trump and friends or some gobbledygook about moustaches, it becomes journalistic negligence. In the specific case of the Ngobe, that negligence could be considered a genocidal act.

Financial insolvency has lowered the journalism bar even further, by forcing news outlets to take whatever they can get, wherever they can get it. This has led to paywalls that stifle public access to content; corporate buy-ins and buy-outs of all shapes and sizes; and perhaps the more insidious popularization of advertorials, “viral” media, and the other other new media plague known as yellow journalism.

I noted that IC doesn’t have the luxury of shutting down. Nor does it have the luxury to settle for less. I believe it is our duty to navigate beyond these troubled waters for the sake of our readers, our journalists and the stories we publish. And our own integrity.

That is why we are

There’s more but I don’t want anyone to appropriate our ideas, so, you’ll just have to wait. Sufficed to say, we are doing everything in our power to become a full-service new media platform that excels where others lag behind; to ensure that the international community can become responsive to the threats, challenges and opportunities to which they are presently unaware; and to provide all Indigenous Peoples from the Ainu to the Zuni with a venue to tell their own stories without intermediaries and unhindered by prejudices and agendas.

Of course, our big plan won’t matter if we can’t find the funds to carry it out. Fortunately, we have a plan for that as well.

After spending a few months analyzing how news outlets in the United States sustain themselves — thanks in large part to research gathered by the Knight Foundation, we designed a diversity economy specific to our needs and ethical aspirations. It’s a long and winding waterway to be sure. After all, like most new media outlets, we don’t have a Pierre Omidyar to back us; and despite the impressive million euro crowdfunding wins that we’ve seen over the last few years, indigenous journalism crowdfunding in North America tends to hover around the one-to-five thousand dollar range. The only thing we really can do is find a few good foundations to help us get started. Once we have that initial support, we can trade in our makeshift life preserver for a canoe and begin our journey to sustainability.

A decade of adversity has made all this possible — and that is something we can all be thankful for. We have grown from the tiniest seed into one of the strongest and most determined organizations I have ever encountered. That is reflected well in our Editorial Board and our ever-growing list of accomplished contributors who give their work to us freely. It’s a good day to be IC.

With contributions from Courtney Parker.

This article was originally published at Medium.com. It has been re-published under a Creative Commons License.