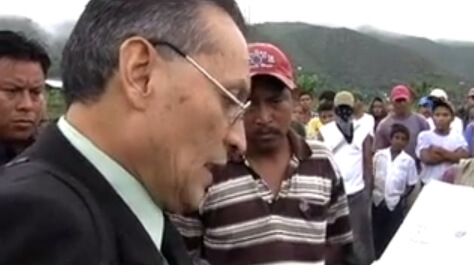 On January 8th and 9th 2007, hundreds of police and soldiers in Guatemala forcibly evicted the Maya inhabitants of several communities who were living on lands that a Guatemalan military government granted to Canadian mining company INCO in 1965.

The local indigenous population claims the land to be theirs, and resent the exploitation of an outside corporation.

With the force of the army and police at their side, the workers took chainsaws and torches to the homes, while women and children stood by.

Skye Resources asserts that they maintained “a peaceful atmosphere during this action.”