Vedanta chased away by threatened Villagers 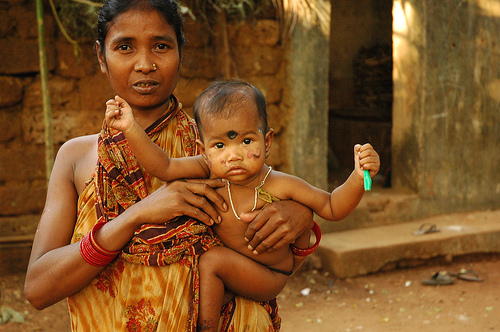 Last week, a group of more than 500 villagers set up roadblocks in Orissa’s Puri district to protest the construction of “Dev Sanskrati Vishwavidyalaya” (Divine Culture University) a project funded by the rather-unenlightened company we know as Vedanta Resources.

The villagers are angry that the institution, which will apparently establish “a Cultural Renaissance” in India, is situated on agricultural land that the Orissa government ‘acquired’ without the peoples consent. The government then donated the land to Vedanta for free (Wikipedia).

The company defends the governments actions by claiming the land isn’t fertile and of no real use to the villagers. It’s a thoroughly absurd claim, seeing as how the villagers are active in growing rice, mango, cashew, papaya, betel, pumpkin, and coconut, etc. throughout the region.

Similarly, Vedanta claims that the land is only sparsely populated and that only a hundred or so people will be displaced for the project. Activists say it’s more like 1,000 — on top of another 20,000 to 50,000 who will be indirectly effected.

Whatever the actual number is, no villager has given their consent to be displaced. That was made clear during last week’s protest, which took place at the ground-breaking ceremony for the institution. The protesters rushed it, some of them carrying lathis, and forced the officials to withdraw by police escort. There were no injuries reported.

Following the protest a company official stated that, “in view of the violent situation… we have stopped the work of the university and intend to resume the construction work soon.”

It would seem the official also tried to demean the villagers’ struggle, by claiming it’s little more than a few people “creating disturbances.”

An insult to say the least, the official’s statement is also a far stretch from what the protesters were told. According to Umaballav Rath, leader of the Vedanta Vishwavidyalaya Virodhi Samiti, the organization heading the movement against the project, “officials of the Vedanta Group have assured us in the presence of the district administration that they are not going to start work on the project without our consent.”

In light of recent history — namely, the struggle of the Dongria Kondh, who are facing similar displacement (as well as the destruction of their culture) at the hands of Vedanta — the former statement is probably the most accurate.

The company doesn’t seem to care one way another how must destruction it causes. Just as long as it maintains the good face of enlightenment for its shareholders.

Fortunately, the villagers—and of course the Dongria Kondh—are not so willing to play make believe.