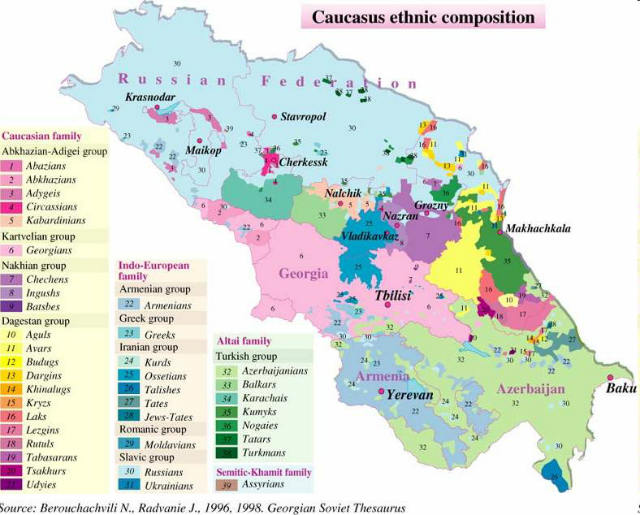 On May 8, the organizing committee of the “Indigenous Peoples of Caucasian-Caspian region” conference gathered in Nagorno-Karabakh to discuss the details of the upcoming conference (5-7 October, 2012) in Yerevan, Armenia.

The organizing committee was joined by representatives from Armenia as well as intellectuals, academics and public leaders from Azerbaijan, Georgia, Iran, Turkey, Russia, Europe and North America.

The conference will ultimately cover a wide range of issues; however, according to Talysh delegation member Mortza Kasempuv, one of the main goals of the conference will be to draw attention to the situation of Indigenous Peoples in the Caspian region, particularly in Azerbaijan.

“Iran is our homeland, where all the rights of indigenous people are exercised. Official Baku’s policy aims to wipe all national minorities of Azerbaijan, Talysh, Lezgians, Avars and Udis off the face of the country. We were evicted from our historical lands: Lankaran, Astara, Masalli, Lerik and Goranboy. Azerbaijan must recognize all the nations residing in its territory to ensure peace,” Kasempuv said, in a recent interview with the online Armenian news agency PanARMENIAN.Net.

Since then, the Azerbaijan government appears to have maintained a policy of forceful integration aimed at ‘minority’ populations like the Talysh, Tat, Kurds and Lezgins. Kasempuv alludes to such a policy in his recent interview with PanARMENIAN.Net, stating that, “There are no Talysh schools in Azerbaijan, language and culture are forbidden, repression is exerted against Talysh activists.”

International coverage of the Talysh, whose population likely exceeds 1 million, is equally scarce. An initial online survey by Intercontinental Cry determined that almost no up-to-date information about the Talysh Peoples is available to the public. It is much the same for the Lezgian, Avar, Udis and others in the region.