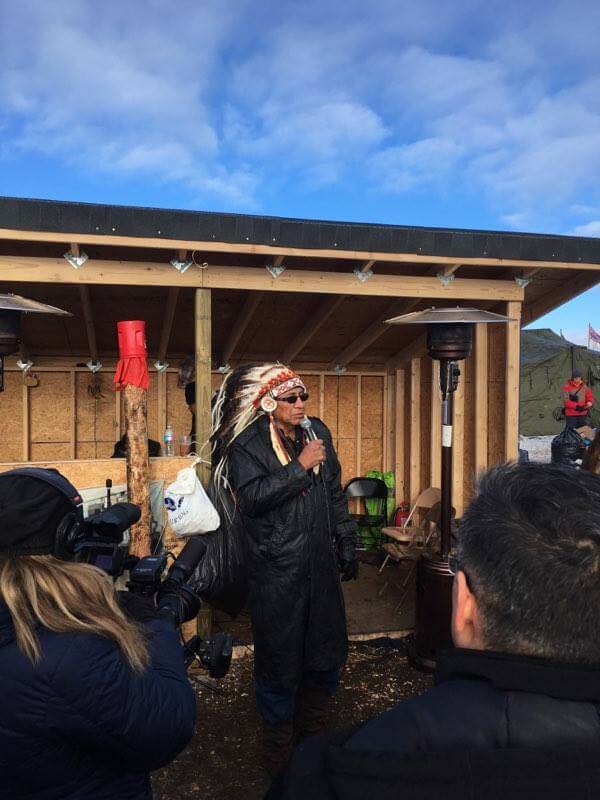 OCETI SAKOWIN CAMP, Standing Rock, North Dakota – A thousand voices around the Sacred Fire went up in cheers and cries of “mni wiconi (water is life)” Sunday afternoon when Chief Arvol Looking Horse made the unexpected announcement: the U.S Army Corps of Engineers had decided to deny an easement through ancestral Sioux lands for the Dakota Access Pipeline. The agency has decided to seek an alternate route for the pipeline and conduct a limited environmental impact study.

The announcement was hailed as a victory for Indigenous Peoples, but not a definitive one. Energy Transfer Partners has responded with its intent to forge ahead without rerouting the pipeline, and President Elect Donald Trump has announced his support for the project, in which he has a substantial investment. More than 300 indigenous nations from throughout the Americas have come to the camp as well as thousands of non-native supporters to show their solidarity in the fight to protect the Missouri River and the sacred lands of the Sioux.

Thousands of U.S. military veterans have been arriving in force over the past two days, including U.S. Congresswoman Tulsi Gabbard, whom we encountered during her debriefing on Media Hill – the name for the highest point in the camp, where the media tent is located. And journalists have been arriving in force as well – more than 150 press passes were given out on Saturday, the weary media coordinator told the mob awaiting press passes Sunday morning.

Veterans for Standing Rock have erected a tented staging ground in the middle of the camp and were carrying in scores of solar panels early Sunday, preparing to install them and set up camp, many of them for the long haul. Rumors had been flying that the Army Corps would be evacuating the camp today (Monday), enforcing a previously announced deadline — one that the water protectors have steadfastly resisted. At press time organizers were evaluating next moves. 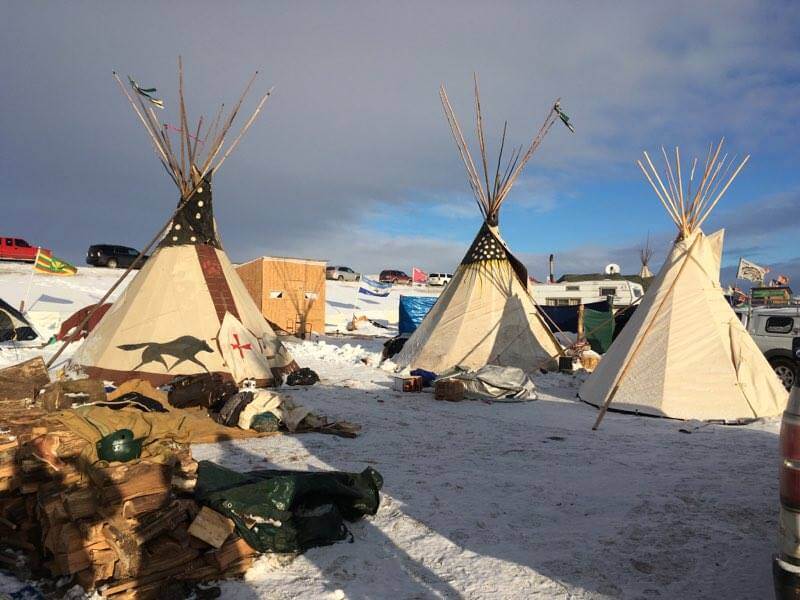 A morning interfaith service around the Sacred Fire was attended by Cornell West. “Don’t let anyone tell you the original sin of the United States was the enslavement of black people; that was the second one,” he said. “The first one was the mistreatment and the dispossession of land and bodies and the murder and the mayhem of our indigenous brothers and sisters.” 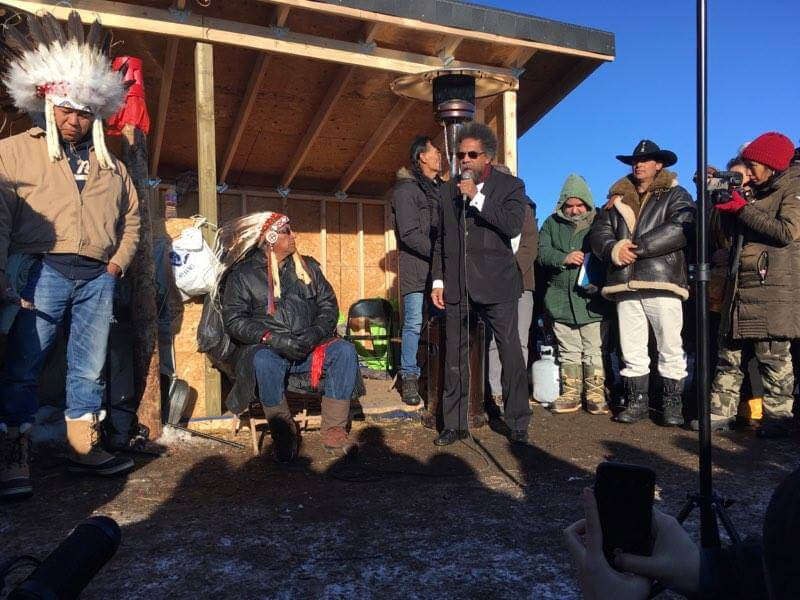 The crowd stood riveted around the fire and the simple wooden backdrop, as a sea tribal peoples representing more than 300 nations looked on with combat-hardened veterans, carpenters, nurses, schoolteachers, politicians, white-haired elders and youth looked on.

The two-hour ceremony included comments from some of the hundreds of clergy who arrived to share prayers with the water protectors, from Ojibwe Grandmother Mary Lyons of the International Council of Thirteen Indigenous Grandmothers to Dave Swallow Jr. from Pine Ridge, a youthful grandfather from the American Indian Movement.

Another grandmother who spoke was Faith Spotted Eagle, an elder of the Yankton Sioux Tribe and a PTSD counselor for veterans.

“It’s a strange intersect in history that those who are caring for us are from the military of the United States… as PTSD therapists we come together as healers to heal the wounds created by a country of violence.”

At the time Looking Horse announced the news, organizers were in the process of creating a prayer circle that extended around the sprawling campground.

“The largest prayer circle in North America has just become the largest victory circle,” said Looking Horse before the crowd burst into a Lakota victory song. Drums beat and feathered staffs waved above the jubilant group.

Standing Rock Sioux Chairman David Archambault then stepped up to speak and the masses fell silent. “This is a moment in time we will always remember,” he said. “It’s our opportunity now not to forget but to forgive.

“If you realize what has happened, we have had over 10,000 people that have created a community that self-polices and self-organizes. I didn’t do that; you did that, and by doing that we have gotten the attention of the world.

“Now we have to take the next step and continue living in a good way. We have to start thinking about how we consume things, what we buy, how we power our homes. Look at this community now; we have solar power, we’re teaching the world how to mind ourselves.

“The Great Sioux Nation will be looking at how we structure ourselves, not just the government that was imposed on us. It’s important we understand what was born here and that we nurture ourselves so we can create a better future for those not yet born.” 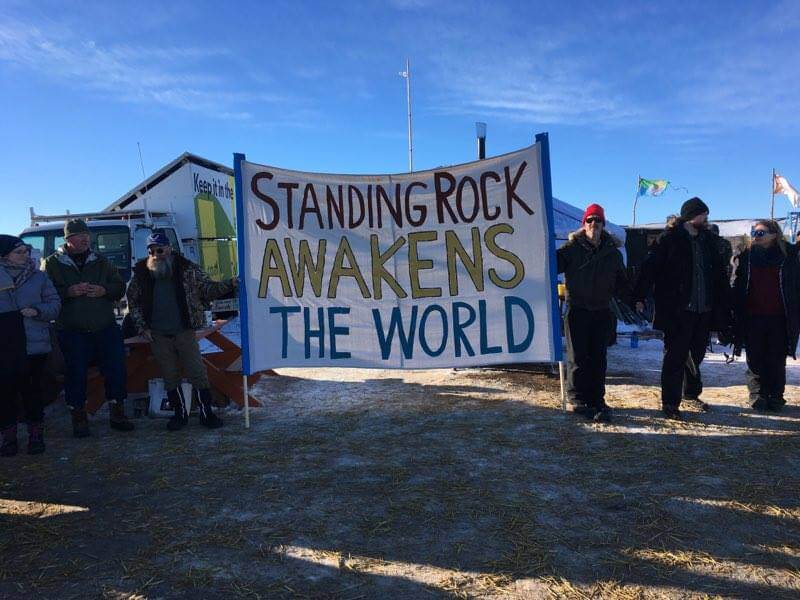