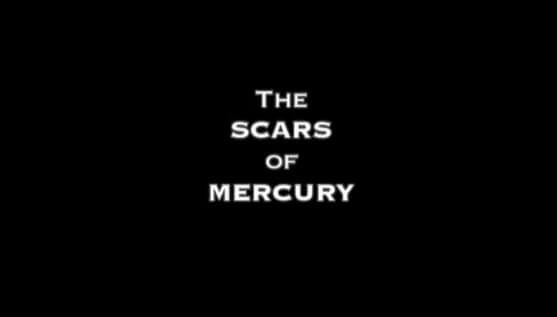 The Scars of Mercury

‘The Scars of Mercury’ explores the processes that threaten the destruction of a traditional and contemporary Indigenous hunting, fishing and gathering way of life, through residential schools, relocation, treaty violations, and clear-cutting, with a special focus on mercury poisoning.

A paper mill in Dryden, Ontario started discharging inorganic mercury into the English-Wabigoon river system in 1962. Methylmercury accumulated in the fish through the food web, becoming the more toxic organic mercury. Fish is the staple and sacred diet of the Anishinaabek people in that region, particularly walleye. By late 1969, the fish had levels of methylmercury 40 times higher than the safety guideline. Methylmercury can cause serious damage to the central nervous system.

In 1975, Dr. Masazumi Harada, a mercury-poisoning specialist from Japan examined Indigenous residents who continued to eat fish. The majority of the residents had mercury levels under the safety guideline and mild symptoms of mercury poisoning. After the mill stopped discharging mercury completely, in 1975, a monitoring program by the Canadian government indicated a steady decrease of mercury levels in residents.

Three decades later, Dr. Harada examined the residents again. The symptoms of the residents had progressed from mild to worse, even though their mercury levels had remained under the safety guideline.

Is the safety guideline reliable? This documentary explores an issue of importance worldwide, when people are exposed to low-levels of mercury over an extended period of time. The residents of Wabaseemoong (Whitedog independent Nations) and Asubpeeschoseewagong Netum Anishinaabek (Grassy Narrows First Nation) communities have often been told their neurological symptoms are simply the result of substance abuse and diabetes.

Hopefully, it will provide a better understanding of how processes of educational, economic and environmental racism have negatively impacted the Indigenous way of life.