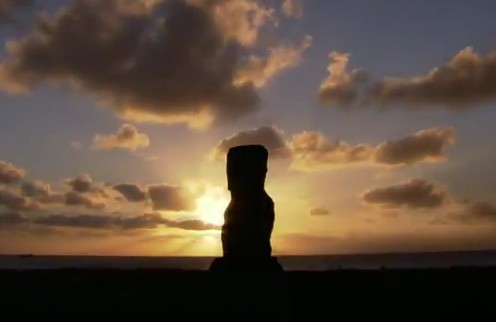 The Fight for Rapanui

Nick Lazaredes of Al Jazeera’s 101 East reports on the Rapanui’s struggle for independence on Easter Island.

Centuries ago, the Rapanui, a people of Polynesian descent, faced the threat of extinction as the island was on the brink of ecological collapse. In 1888, Chile annexed the South Pacific Island but until 1953 it allowed a Scottish company to manage the island as a giant sheep ranch. While the sheep roamed freely, the Rapanui were confined to the town. They revolted in 1964, obtaining Chilean citizenship and the right to elect their own mayor.

Now, Chilean colonisers are threatening to wipe the indigenous culture out of existence. A wave of recent immigration to the South Pacific Island means that two out of every three inhabitants are from mainland Chile.

The government of Chile says it is committed to a four-year, $60million-development plan for the island.New luxury hotels are wooing rich Chileans into town, a glimpse of what critics say will foster an income gap.Chilean migrants come to the island in part because of tax exemption. Tourists and mainland Chileans flock to Easter Island to enjoy the beaches on one of the world’s most remote islands.

But among the Rapanui people, calls for independence are growing louder and protests in the past year have turned bitter and violent.

Inspired by a wave of Polynesian islands obtaining certain degrees of political autonomy, the Rapanui are demanding rights to govern their land. Leviante Araki, president of the self-styled Rapa Nui Parliament, a pro-independence organisation, has challenged Chilean rule and is taking the fight to the mainland courts to seek independence.

The Rapanui want better healthcare, proper basic infrastructure like water and electricity and preservation of their culture. And they are taking their cause to the international level.

Rapanui squatters like Lorenzo Tepano, a fisherman who with his wife, lives in a wooden shack in the Rapa Nui National Park, refuses to move. He wants to stay in what he claims is his own land.

In 2010, the dissension came to a head when Chilean security forces violently evicted the prominent Hitorangi clan and Tuko Tuki clan who had occupied buildings and sites, claiming the land belongs to them. Armed Chilean troops and police reportedly opened fire on unarmed Rapanui civilians and left protesters with blood-stained wounds. The captured images drew admonition from the United Nations over the use of force to resolve the island’s problems. But the Chilean president defended the evictions saying that the forces did the necessary to maintain public order.

However, not all Rapanui are supporting the movement. Alberto Hotus, the head of the Council of Elders, maintains that the islanders depend on Chile for food, telecommunications and health care.

“If we cut ties to Chile, we will return to eating pasture,” he says.

Carlos Llancaqueo, Chile’s commissioner to Easter Island, is cautious in his approach, saying that the authorities are preparing proposals to give the Rapanui more control over the land’s finances. He also says that officials are moving ahead to improve the power grid, portable water systems and education in both the Rapanui language and Spanish.

So, will the Rapanui win the fight against the Chilean colonisers?

101 East looks at the Rapanui struggle to reclaim the right to govern their own land.