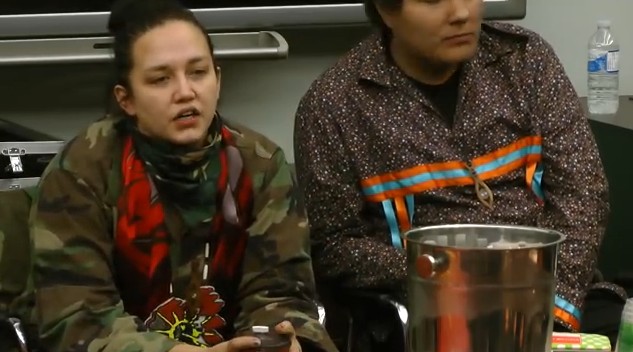 Members of the Mi’kmaq Warriors Society, who have been arrested and incarcerated at Elsipogtog, New Brunswick, are on a speaking tour in January and February to raise awareness about their struggle against fracking, their ongoing assertion and exercise of nationhood, and the repression they face from police and courts.

“Our warriors are still being mistreated in the system, justice for our political prisoners of war.” Suzanne Patles