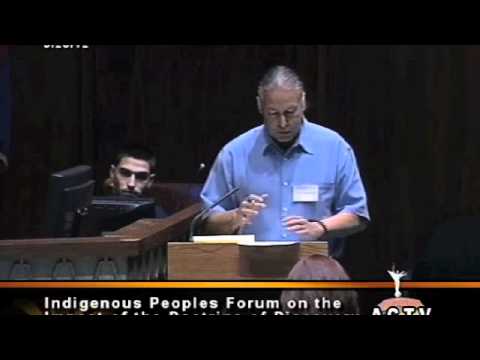 Steve Newcomb at Indigenous Peoples Forum on the Doctrine of Discovery, Arizona

Steve Newcomb of the Indigenous Law Institute presents at the Indigenous Peoples Forum on the Doctrine of Discovery at the Arizona state capital House of Representatives on March 23, 2012.

Also see: The Papal Bulls as Pertaining to the Americas