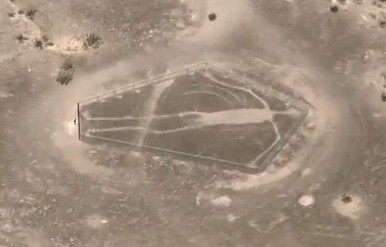 Save the Mojave Desert from Mass Industrialization

17,000 Cultural Sites, including petroglyphs and extremely large earth drawings known as geopglyphs in southern California may soon be destroyed thanks to Chevron, Solar Millenium, Florida Power and Light, Next Era™ and various other companies.

Now held in trust by the BLM (Bureau of Land Management), these sacred sites being cast aside so these companies can build massive solar projects under a “fast tracked process” put in place by the American Recovery and Reinvestment Act (AARA) program.

“ARRA guarantees government tax credits and rebates in the amount of hundreds of millions of dollars to companies that can put shovel to dirt before the end of 2010,” says Robert Lundahl, Director of the upcoming documentary film “Solar Gold.”

For just one of the projects, “Blythe Solar, a partnership of Chevron and the German firm Solar Millennium will grade and level 9500 acres of desert in an area near to the Blythe Giant Intaglios. These are extremely large geoglyphs (images created on the surface of the Earth) representing Man, Woman, Creator, the seed and the “Trinity,” in the Ute Aztecan cosmological view.”

In this excerpt from “Solar Gold,” Alfredo Acosta Figueroa, an Elder, Tribal Monitor and historian from the Chemehuevi Peoples, describes the importance of these Sacred Intaglios, how they were made and what they mean to Indigenous Peoples. Figueroa also offers a humble suggestion on how they can be projected.

Cultural sites aren’t the only thing at risk. Dr. Jim Andre, Director of the Granite Mountains Desert Research Institute, in a recent interview with Lundahl, stated that these new solar projects could severely impact the environment, so much so that he suggests the possibility of ecosystem collapse.

“This scale of an impact has never occurred before,” states Andre. Once it reached about 250 proposed projects, from 5 to 25 thousand acres each, totalling 2 million acres, just for California… when you consider the importance of these (eco) systems to provide corridors for species to move as climate changes, whether its human caused change, or just the natural course of variation in climate change, you’ve really done in the entire ecosystem at that scale.”

“Rather than be smart from the start by utilizing ecologically degraded sites first, a reckless and scientifically unmerited decision has been made to instead race into our most pristine desert and obliterate some of the most botanically significant lands in California.

“The project hemorrhages the very heart of the biologically rich eastern Mojave Desert where plant diversity rivals that of the primeval coastal redwood forests of the Pacific Northwest. An area treasured by scientists throughout the world for its unparallelled pristine quality among deserts, and recognized as one of the last functional ecosystems left on planet earth.

“The project relies on mitigation concepts with no scientific foundation, and on statements of overriding consideration that sets a very low bar for how our generation chooses to transform how we generate energy while cohabiting the planet – indeed we have hastened the very ecological destruction for which the ISEGS project is meant to mitigate.

“Like much of the eastern Mojave Desert, Ivanpah Valley lies at the hub of a floristic frontier where botanists continue to discover new species to science. With as many as 10% of the plant species yet to be described, we measure the costs of destroying this desert by extinction not only to known species, but to those we will never know.”

As for the film, Lundahl says “[it] will be a historical account of this moment in history, when society makes a critical decision whether renewable energy development comes at the price of the obliteration of the records of the Mohave Desert cultures, which by virtue of their longevity on the land were examples of the sustainability our Nation(s) and communities now seek.”

But who knows if the moment will ever be recorded on film. Lundahl says they need to raise a “minimum $15.000 from now to December 15 to document endangered geoglyphs, interview BLM managers and hold them to account, dispute BLM contentions that the Kokopili geoglyph and others are or recent origins, by interviewing tribal elders and Traditional Chiefs.”

This material will be used in the film “Solar Gold” being produced for public television,” he continues. “In the meantime sections will be posted on the web and distributed via social media, blogs, and partner websites to support opposition to the projects.”

More excerpts are available at http://www.vimeo.com/user1982946

A number of the projects are discussed in detail at http://www.basinandrangewatch.org/