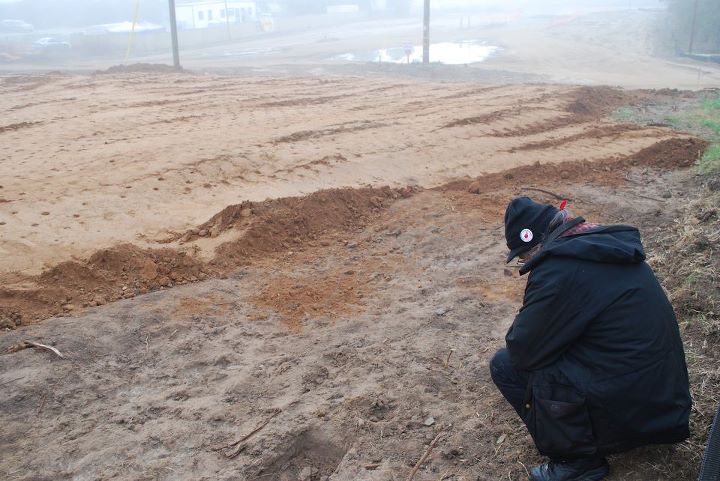 Tomkav, a Luiseno village and burial site in Northern San Diego County, is being happily desecrated by developers working for Pardee Homes (a wholly-owned subsidiary of Weyerhaeuser Corporation) and Palomar College in San Marcos, CA.

On the morning of February 23, 2012, a group of bulldozers arrived to begin work on the recently-approved Horse Ranch Creek Road, a four-lane road that would pave the way to a planned 844-home development and a brand new College satellite campus.

It wasn’t long before a group of Indigenous activists arrived on the scene; unfortunately, their efforts did little to stop the desecration that day.

To make matters worse, the operators weren’t merely trying to do their job, despite the best efforts of the activists. As the following cell-phone video reveals, the workers were enjoying it. You can see one of the operators grinning just before he turns away…

The incident speaks well to the reality of what Indigenous Peoples face in the United States, especially when it comes to preserving sacred site: As Elders watched on in horror and others ran out in front of bulldozers to try to save what they could, the workers were celebrating. They were “laughing about what was happening, high-fiving when they were finishing, and you know, making the pump motion with their hands to say whoo-hoo we did a great job,” said San Luis Rey attorney Merri Lopez-Keifer.

Meanwhile, Tom-Kav, a part of the Luiseno creation story and the site of an historic village and burial ground, is being viewed from afar as nothing more than empty land. It’s as if California state law and federal doesn’t even exist, never mind basic moral conscience. 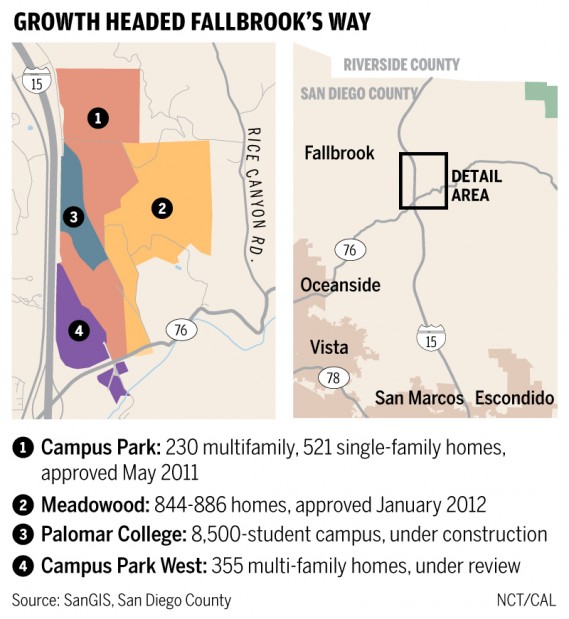 Development end-game: Meadowood, Campus Park, Palomar College and Campus Park West near Fallbrook“During the course of [work], many archeologically significant new discoveries have been made, and dozens of Luiseno burials have been unearthed, notes Save Tomkav Village. “California law requires that when new discoveries of human remains occur, construction projects must be put on hold until the materials can be analyzed, which could lead to project modifications. Pardee and Palomar College have disregarded legal protocol by carelessly proceeding with grading and construction activities, and in fact they sped up work as soon as San Luis Rey took legal action against them.”

A day after the disgusting display, the San Luis Rey Band of Mission Indians filed for an injunction to halt the road construction–which is being paid for by Palomar College.

Everybody was hopeful that justice would served, but that just wasn’t the case. On February 29, Judge Harry Elias denied the request for an injunction, giving Palomar College the right of way to continue their desecration.

The San Luis Rey Band also filed a lawsuit against the County of San Diego. A decision is expected in the coming weeks.

2. Call and email the decision-makers who are responsible for allowing the desecration to continue:

4. If you live nearby, you’re also welcome to come out to the site and help maintain the sit-in, or bring food and encouragement to the demonstrators.

5. Offer your prayers for the land, for the ancestors who have been disturbed, and their families.